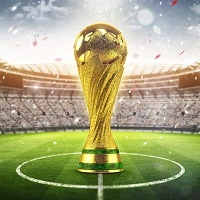 What is the Likely Ceiling for the USMNT at World Cup 2022?

After missing out on the World Cup in Russia four years ago, there was one priority for the US men’s national team this time around: just get to the finals. In an expanded CONCACAF qualifying league, this objective was achieved, albeit fitfully as the team trailed behind surprise package Canada. Now, manager Gregg Berhalter has a new task: to take a national team who are betting underdogs as far as he possibly can in Qatar.

The question on the minds of soccer fans looking at World Cup betting is a simple one: How far is that? It’s a fair question. The best an American team has done in a World Cup was the semi-finals, but that came back in 1930 when only thirteen teams were involved. In the modern era, the 2002 version got to the quarter-finals, and was eliminated there by Germany. Over the last couple of decades, it’s been a mix of group stage exits and trips to the last 16. Can this USMNT flip the form book and go further?

They’ll need a chunk of luck

Let’s be honest, this is not a vintage USMNT. There is talent there: Brendan Aaronson is endearing himself to Leeds fans with his all-action pressing and direct running, while Christian Pulisic may be the most naturally talented player ever to represent the Stars and Stripes. But betting on the World Cup at in2bet.com.cy, you’re going to see long odds on the team making it out of the pool. The quality in the squad is shallow, and several pundits feel that Berhalter lacks the ability other coaches have had to make it more than the sum of its parts. It’s hard to see them finishing above England or Wales.

Any success may rest on solid defense

The best teams in the world can spark an attack in a moment, with intelligent midfield play makers and sublimely gifted forwards who can read a game in an instant. They can also defend a lead when they get one, and offer a counter-attacking threat through defenders who are comfortable carrying the ball forward. The USMNT can certainly defend, with the likes of Cameron Carter-Vickers and DeAndre Yedlin offering athleticism and work rate while Weston McKennie closes down players in front of them. But there is limited creativity in the side, and this is where they fall down in World Cup betting against teams that can call on a player like Raheem Sterling or Gareth Bale, as their group opponents can.

The highest hope may be a single win

Of the three other teams in the USA’s group, the obvious soccer betting target for a win would be the match against Iran. Their national team is in crisis right now, and that has plenty of time to get worse between now and November. Berhalter’s best approach may be to sit in and frustrate against England and Wales and hope the team can pick up points in those games, while going for the win against Iran. If a draw can be achieved against Wales, then four points may be enough to escape the group. That would likely set up a last-16 game against the Netherlands, who are talented but fragile. But even in the absolute best-case scenario, a quarter-final seems a stretch for this team.