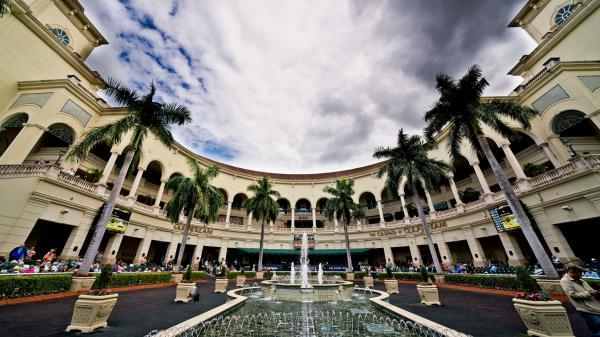 The final week in January on the horse racing calendar has taken on a larger significance over the past five years due to the emergence of the Pegasus World Cup Invitational Stakes as a marquee race for older dirt horses at Gulfstream Park.

Jan. 29 marks the sixth running of the Pegasus, and this year’s renewal brings together two stars of the sport: Knicks Go, the 2021 Longines Breeders’ Cup Classic and Pegasus World Cup winner and favorite for Horse of the Year; and Life Is Good, who enters off of a win in the Big Ass Fans Breeders’ Cup Dirt Mile.

As a further boost to high-stakes racing this weekend, a qualifying points prep race for the 2022 Kentucky Derby Presented by Woodford Reserve will be held at Oaklawn Park on Saturday. The Grade 3 Southwest Stakes offers points to Derby 148 to the top four finishers.

Racing at Oaklawn and Aqueduct will be featured on the NYRA-produced “America’s Day at the Races” show presented by America’s Best Racing from Friday to Sunday on FS2 – check the below schedule for air times.

America’s Best Racing is back with a jam-packed schedule of livestream programming to give fans their fix of some of racing’s most exciting events and content. And we’re kicking things off with our most popular series of 2021. The new season of “La Trifecta” debuts on Thursday, Jan. 27 at 8 p.m. ET. Presented en Espanol, the show is hosted by Darwin Vizcaya, Claudia Spadaro, and Annise Montplaisir. It airs on ABR’s Facebook, Twitter, and YouTube channels.

Then on Saturday, we’re back live on-site at Gulfstream Park to capture the energy of one of the biggest races of the winter: the Pegasus World Cup. “Pegasus Live” will be hosted by Julie Stewart-Binks, TikTok star Sarah Cline and ABR’s Dan Tordjman. The show will feature live in-the-moment video, expert analysis and we’ll take you onto the track for the race through the immersive technology JockeyCam, giving viewers an in-the-saddle perspective of horses racing in the Pegasus World Cup.

Here’s a guide to TV, radio, and livestreaming coverage of Pegasus week:

2022-01-25
Previous Post: Sportradar Will Offer Betting Fraud Monitoring Technology to WBSC
Next Post: A Question from a Reader