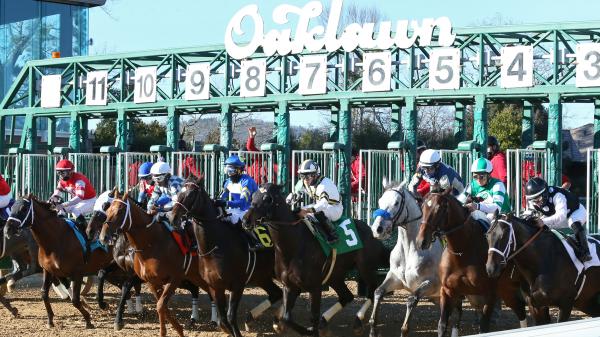 Where to Watch/Listen: Horse Racing Coverage for Dec. 16-19

What’s been an eventful 2021 in the world of North American horse racing is about to end, and the upcoming weekend will feature a Kentucky Derby qualifying race at Remington Park before action winds down during Christmas week.

After what will hopefully be a festive holiday, Sunday, Dec. 26, to many people unofficially heralds the beginning of the 2022 racing calendar a week early, as Santa Anita Park will hold its stakes-packed opening day and Fair Grounds and Gulfstream Park will also resume their meets with Sunday cards.

Turning back to the weekend ahead, the next Derby prep on the schedule is the $400,000 Remington Springboard Mile on Friday, Dec. 17, at Remington Park. The race awards qualifying points for the 2022 Kentucky Derby Presented by Woodford Reserve to the top four finishers.

Racing at Aqueduct and Oaklawn Park will be featured on the NYRA-produced “America’s Day at the Races” show presented by America’s Best Racing from Friday to Sunday on FS2 – check the below schedule for air times.

Racing at Gulfstream Park and other tracks in North America and abroad will be showcased on TVG as part of that channel’s comprehensive package.

For live streaming coverage this week, a new edition of “La Trifecta” will air Thursday, Dec. 16, at 8 p.m. ET. Presented en Espanol, the show is hosted by Darwin Vizcaya, Claudia Spadaro, and Annise Montplaisir. It airs on ABR’s Facebook, Twitter, and YouTube channels.