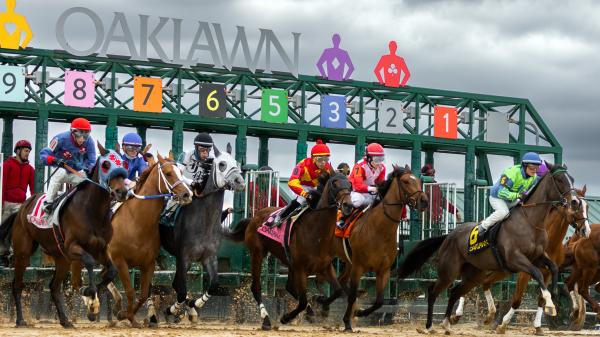 Where to Watch/Listen: Horse Racing Coverage for Jan. 13-17

The upcoming weekend on the North American horse racing calendar offers a final breather as far as big-time races are concerned before action picks back up again with the Lecomte Stakes Jan. 22 at Fair Grounds (a Kentucky Derby Presented by Woodford Reserve prep).

Right after that, a huge final weekend of the month is on the schedule highlighted by the Pegasus World Cup Invitational Stakes card at Gulfstream Park and the Southwest Stakes at Oaklawn Park on Jan. 29.

For the week ahead, racing at Aqueduct and Oaklawn Park will be featured on the NYRA-produced “America’s Day at the Races” show presented by America’s Best Racing from Friday to Sunday on FS2 and FS1 – check the below schedule for air times.

Racing at Santa Anita Park, Gulfstream Park and other tracks in North America and abroad will be showcased on TVG as part of that channel’s comprehensive package, including on the Martin Luther King holiday Jan. 17 when several tracks, including Santa Anita, will be holding race cards.