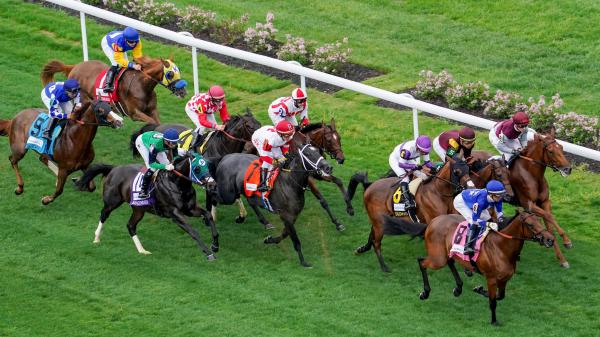 Where to Watch/Listen: Horse Racing Coverage for June 2-5

After a busy Memorial Day weekend, horse racing coverage on TV, radio and livestreaming continues to build in anticipation of the Belmont Stakes Festival, a three-day smorgasbord of racing at Belmont Park starting Thursday, June 9 and ending Saturday, June 11 with the 154th running of the Belmont Stakes Presented by NYRA Bets.

Coverage this upcoming weekend is highlighted by stakes action from Churchill Downs Saturday, June 4 and Sunday, June 5 with several prep races for Churchill’s big Stephen Foster Stakes day on July 2. Racing from Churchill Downs and Belmont Park will be showcased on “America’s Day at the Races.” The NYRA-produced show airs this week from Thursday to Sunday on FS2 and FS1 – check the schedule below for air times..

TVG will show races daily from Santa Anita Park, Gulfstream Park, Woodbine, and a host of other tracks as part of its usual package.

For livestreming content, ABR kicks off a series of interviews this week previewing the prestigious Royal Ascot meet in England, which runs from June 14-18. On Thursday, June 2, Aly Vance will interview trainer Graham Motion, who will send his undefeated turf filly Spendarella to the Coronation Stakes on June 17. The interview airs at 3 p.m. ET and can be viewed on ABR’s Facebook, Twitter, and YouTube channels.