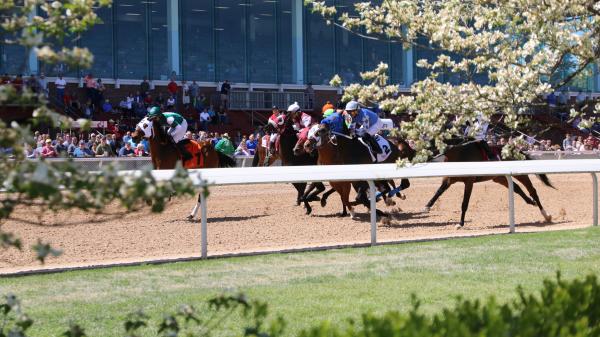 Where to Watch/Listen: Horse Racing Coverage for March 16-20

This upcoming weekend, the North American racing calendar is bereft of Kentucky Derby Presented by Woodford Reserve preps – a brief break before activity picks back up on the last weekend or March and then continues steadily through mid-April.

This week, racing from Aqueduct, Tampa Bay Downs and Oaklawn Park will be televised live on “America’s Day at the Races.” The NYRA-produced show airs from Thursday to Sunday on FS2 – check the schedule below. The Cheltenham Gold Cup in England, one of the most prestigious steeplechase races in the world, will also be broadcast live on Fox Sports. Tune into FS2 Friday morning, March 18 for coverage.

TVG will show races from the above North American tracks along with many others including Gulfstream Park and Santa Anita Park as part of their usual comprehensive racing package.

For livestream content, the popular “La Trifecta” returns this Thursday, March 17 at 8 p.m. ET for a new show. Presented en Espanol, “La Trifecta” is hosted by Darwin Vizcaya, Claudia Spadaro, and Annise Montplaisir. This week’s show will be broadcast on ABR’s Facebook, Twitter, and YouTube channels.