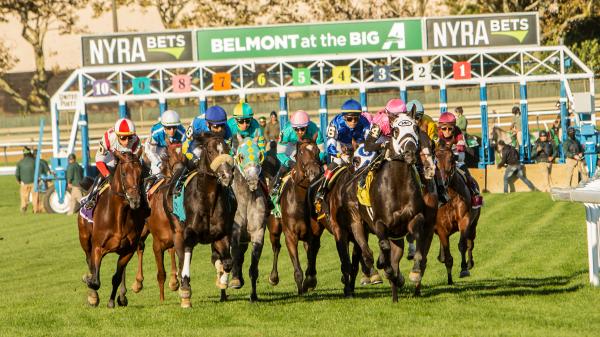 Where to Watch/Listen: Horse Racing Coverage for Oct. 19-23

The 2022 Breeders’ Cup World Championships is fast approaching, and two weeks from now Lexington, Ky., will be in the early stages of what promises to be a weeklong party as the self-proclaimed “Thoroughbred Capital of the World” gears up for its third time hosting the event at Keeneland Race Course on Nov. 4 and 5.

In the meantime, great racing continues during Keeneland’s fall meet and elsewhere around North America, with six graded stakes on tap over the weekend and a special day for Maryland-breds set for Saturday at Laurel Park.

Keeneland’s racing and Maryland Million Day Oct. 22 at Laurel will be broadcast on FanDuel TV along with races from Santa Anita Park, Woodbine, Gulfstream Park and other tracks.

Racing from the Belmont at the Big A meet is showcased on NYRA’s “America’s Day at the Races” as part of its Thursday-Sunday slate. The program, presented by America’s Best Racing, will be shown on FS2 and FS1 – see the below schedule for air times.

Here’s a rundown of this week’s TV and radio coverage of horse racing: