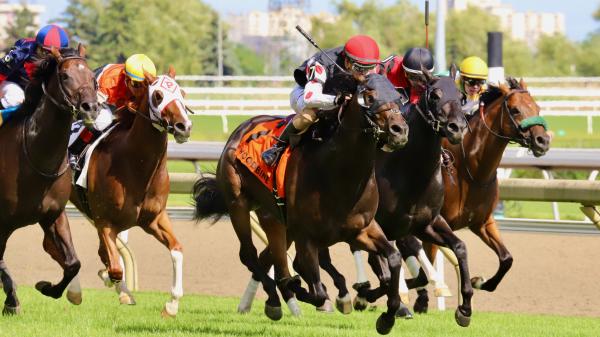 Where to Watch/Listen: Horse Racing Coverage for Sept. 14-18

The horse racing spotlight in North America shifts north of the border this upcoming weekend to Woodbine in Toronto, Ontario, where three Breeders’ Cup “Win and You’re In” preps are scheduled for Saturday, Sept. 17.

All three races at Woodbine will be broadcast live on FanDuel TV, which will also show racing from many other tracks including Kentucky Downs’ closing day on Sept. 14, Gulfstream Park and Los Alamitos as part of its comprehensive coverage.

After a week off, the NYRA production team is back with “America’s Day at the Races,” which will show live racing from Aqueduct and Churchill Downs. Both of those meets begin Thursday, Sept. 15, with Aqueduct holding the Belmont at the “Big A” meet as it conducts early fall racing while Belmont Park undergoes construction. On Saturday, Sept. 17, the first two points races for the 2023 Kentucky Derby Presented by Woodford Reserve and the 2023 Longines Kentucky Oaks will be held at Churchill in the Iroquois Stakes and the Pocahontas Stakes, respectively. “America’s Day at the Races,” presented by America’s Best Racing, will run from Thursday to Sunday on FS2 and FS1 – check the below schedule for air times.

Here’s a rundown of TV, livestreaming and radio coverage for the week.