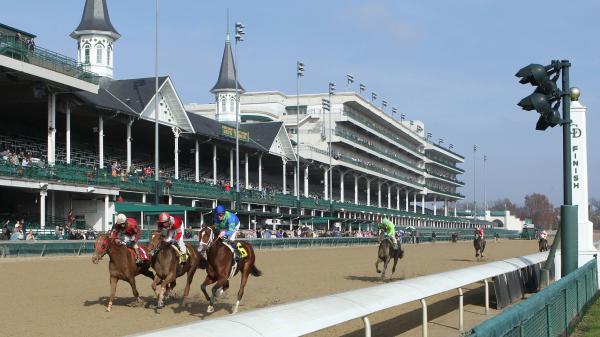 Where to Watch/Listen: Horse Racing Coverage for Thanksgiving Holiday Weekend 2021

The upcoming weekend in horse racing is highlighted by coast-to-coast action at several major tracks during what is always an enjoyable time on the sport’s annual calendar: Thanksgiving holiday weekend.

Churchill Downs and Del Mar both wind down their fall meets over the extended weekend, with both wrapping up on Sunday. Nov. 28. Meanwhile, two other major tracks will kick off their winter-spring meets: Tampa Bay Downs begins on Wednesday, Nov. 24, and on Thursday, Nov. 25, Fair Grounds opens with its traditional Thanksgiving day card.

Racing at Aqueduct and Churchill Downs will be featured on the NYRA-produced “America’s Day at the Races” show presented by America’s Best Racing from Wednesday to Sunday on FS2 and FS1 – check the below schedule for air times.

Racing at Del Mar and other tracks in North America and abroad will be showcased on TVG as part of that channel’s comprehensive package.