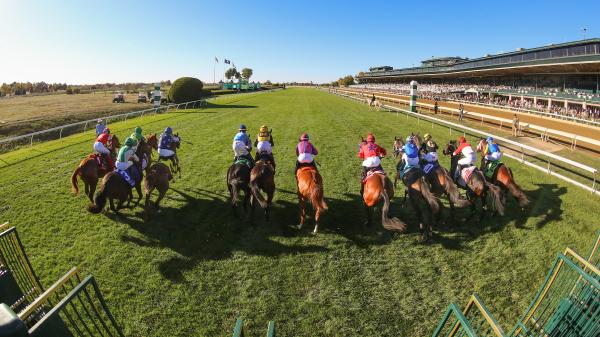 The final weekend of domestic Breeders’ Cup “Win and You’re In” races has come and gone, and now the main focus of media attention will shift to following leading contenders for the 39th World Championships as they prepare for starts in one of the 14 races held at Keeneland Race Course on Nov. 4-5.

But there’s still plenty of everyday racing action on the schedule, and the upcoming weekend promises to be exciting with the Grade 1 Queen Elizabeth II Challenge Cup Presented by Dixiana set for Oct. 15 at Keeneland (in a special running a little more than five weeks after the Queen’s passing) plus other quality cards around North America.

FanDuel TV is the go-to network for racing at Keeneland as it will show every race from the October meet live along with coverage of Santa Anita Park, Woodbine, and other tracks.

Racing from the Belmont at the Big A meet can be seen on NYRA’s “America’s Day at the Races” as part of its Thursday-Sunday slate. The program, presented by America’s Best Racing, will be shown on FS2 and FS1. In addition to the regular shows, FS1 will air coverage of British Champions Day from Ascot Racecourse in the U.K. on Saturday featuring the final two Breeders’ Cup Challenge Series races to be held: the QIPCO Champion Stakes, a “Win and You’re In” event for the Longines Breeders’ Cup Turf; and the Queen Elizabeth II Stakes Sponsored by QIPCO, a qualifier for the FanDuel Breeders’ Cup Mile. See the below schedule for air times.

Here’s a list of television and radio coverage of horse racing for the upcoming week: