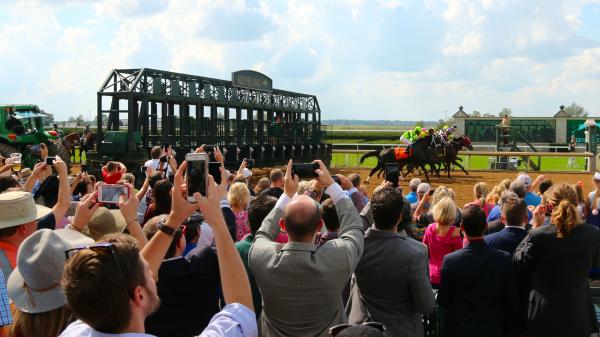 With the 2022 Breeders’ Cup World Championships less than two weeks away, media coverage of the two-day racing extravaganza on Nov. 4-5 will ramp up in the next several days, featuring TV, livestreaming, and radio coverage from leading outlets as analysts, handicappers, and production crews converge on Keeneland Race Course in Lexington, Ky.

The unofficial kickoff happens Wednesday, Oct. 26, when pre-entries and the order for all 14 World Championship races are announced at Keeneland. Scheduled for noon ET, the announcement will be livestreamed on Breeders’ Cup’s website, its Facebook, Twitter, and YouTube channels, and on FanDuel TV.

Starting on Friday, Oct. 28, daily “Breakfast at the Breeders’ Cup” shows will air from 7 a.m. to 10 a.m. ET on FanDuel TV and Breeders’ Cup’s website and social channels through Thursday, Nov. 3. The shows will feature final workouts from contenders and the latest news about the event from FanDuel TV analysts and guests.

FanDuel TV is also the go-to channel for the final four days of Keeneland’s fall meet before the track takes five days off and then hosts the Breeders’ Cup for the third time. Keeneland’s finale begins Wednesday and ends Saturday, Oct. 29, and FanDuel TV will broadcast every race as usual along with action from Santa Anita Park, Woodbine, Gulfstream Park, and many other tracks.

Racing from Belmont at the Big A will air on NYRA-produced “America’s Day at the Races” from Thursday to Sunday. “America’s Day at the Races” will televise opening day at Churchill Downs on Sunday, Oct. 30 as part of its package, and as a bonus will also broadcast the Breeders’ Crown harness racing series on Oct. 28 and 29 from Woodbine Mohawk Park in Canada. The program, presented by America’s Best Racing, will be shown on FS2 and FS1 – see the below schedule for air times.

Livestreaming content returns to ABR this week with a new “La Trifecta” scheduled for Thursday, Oct. 27, at 8 p.m. ET. Presented en Español, the show is hosted by Darwin Vizcaya, Claudia Spadaro, and Annise Montplaisir, who will preview Breeders’ Cup 2022 along with special guests. “La Trifecta” airs on ABR’s Facebook, Twitter, and YouTube channels.

A list of TV, radio, and livestreaming coverage for the week is below: