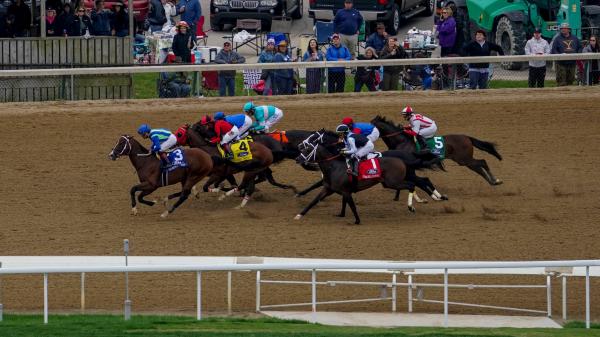 Where to Watch/Listen: July 4 Holiday Weekend 2022

The Road to the 2022 Breeders’ Cup World Championships returns this upcoming Independence Day holiday weekend with two Challenge Series “Win and You’re In” preps on the schedule. Overall, the extended weekend is loaded with top-notch racing coast to coast, serving as the unofficial kickoff to summer season that will soon be enhanced by the opening of elite meets at Saratoga and Del Mar.

On Saturday, July 2, Churchill Downs hosts the Stephen Foster Stakes, a “Win and You’re In” qualifier for the Longines Breeders’ Cup Classic Nov. 5 at Keeneland Race Course. At Gulfstream Park, the Princess Rooney Invitational Stakes will be run, offering the winner an automatic berth to the Breeders’ Cup Filly and Mare Sprint, also on Nov. 5.

NBC Sports will televise the Stephen Foster during a broadcast from 4-6 p.m. ET on NBC, along with other stakes races from Churchill Downs and previews and analysis of the upcoming Challenge Series schedule through the summer and into autumn.

Racing from Belmont Park and Churchill Downs (aside from the NBC slate on July 2) will be shown live on “America’s Day at the Races.” The NYRA-produced show airs from Wednesday, June 29, to Monday, July 4, on FS2 and FS1 – check the below schedule for air times. Churchill Downs ends its spring/summer meet with a holiday racecard on July 4.

The Princess Rooney and other races from Gulfstream Park will be shown live on TVG through the time frame, as will racing from other tracks in the U.S. and abroad including Monmouth Park, Laurel Park, and Woodbine.

America’s Best Racing’s livestreaming content returns this week with a show on Saturday, July 2, focusing on racing from Woodbine as their calendar kicks into high gear. “Woodbine Live! Path to the Plate” returns for its second show with a focus on the Grade 3 Marine Stakes for 3-year-olds, a prep race for the prestigious Queen’s Plate Aug. 21.

“Woodbine Live! Path to the Plate” is hosted by J.D. Fox, Jessica Paquette, Emily Gullikson, Ren Carothers and Chase Sessoms and will feature analysis from Dawn Lupul. It airs on ABR’s Facebook, Twitter, and YouTube channels and on Woodbine’s Facebook and Twitter channels, with a start time to be announced soon.

Here’s a guide to this week’s TV, livestreaming, and radio horse racing coverage.