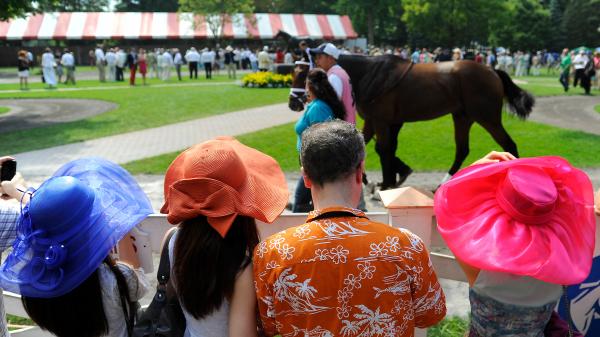 Where to Watch/Listen: Whitney Stakes Week 2022

A big weekend on the road to Breeders’ Cup 2022 is just days away, as Saratoga Race Course will host one of horse racing’s most prestigious events on Saturday, the Whitney Stakes. The Whitney, which will be run for the 95th time this year, is a “Win and You’re In” qualifier for the Longines Breeders’ Cup Classic, offering the winner a guaranteed berth in the Classic starting gate Nov. 5 at Keeneland Race Course.

The Whitney Stakes will be shown live on NBC during a broadcast from 5 p.m. to 6 p.m. ET as part of that network’s Challenge Series schedule presented by America’s Best Racing.

Another stakes race Saturday is a “Win and You’re In” prep. The Clement L. Hirsch Stakes for fillies and mares at Del Mar offers an automatic bid to the Longines Breeders’ Cup Distaff. The Clement Hirsch will be televised on TVG as part of that network’s comprehensive Del Mar coverage.

Racing from Saratoga will be showcased on “Saratoga Live” from Wednesday to Sunday. Presented by America’s Best Racing and Claiborne Farm, the NYRA-produced airs on on FS2 and FS1 – check the below schedule for air times.

In addition to its Del Mar coverage, TVG will show live racing from other tracks including Gulfstream Park, Ellis Park, Laurel Park, Monmouth Park, Mountaineer Racetrack, and Woodbine this week.

For livestreaming coverage, “Saratoga Saturdays” returns Saturday at 9 a.m. ET. Presented by NYRA Bets, the show is hosted by Jonathon Kinchen and Anita Marks and will preview the Aug. 6 card at the Spa. “Saratoga Saturdays” runs each Saturday through Sept. 3 and is available on ABR’s Facebook, Twitter, and YouTube channels as well as Jonathon’s Twitter account and Anita’s Twitter account.

Lastly, Darwin Vizcaya from “La Trifecta” will host a Spanish-language livestream Saturday morning on-site from Saratoga. “La Antesala del Whitney Stakes” will be co-hosted by Emanuel Aguilar and Carlos Martin and will be livestreamed at 8 a.m. ET on ABR’s Facebook, Twitter, and YouTube channels.