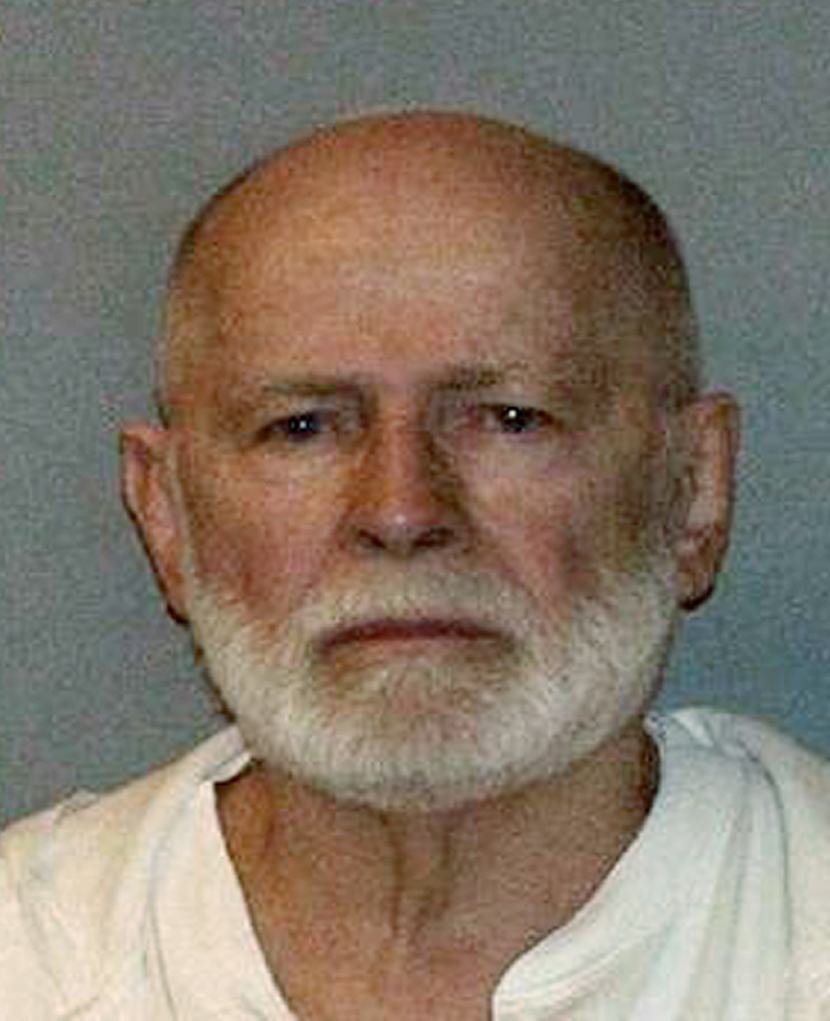 Three convicts were indicted Wednesday in connection with the 2018 prison death of notorious organized crime boss James “Whitey” Bulger. He once had many Las Vegas ties.

James “Whitey” Bulger, in a 2011 mug shot, pictured above. Three men were indicted this week in connection with his 2018 murder in a federal prison. (Image: WBUR via Associated Press)

The gangster, who also acted as an FBI informant, was frail and wheelchair-bound when he was beaten fatally by a padlock stuffed inside a sock. The murder took place in a prison cell.

The defendants linked to his death were identified Thursday as Fotios “Freddy” Geas, 55, Paul “Pauly” J. DeCologero, 48, and Sean McKinnon, 36, according to a statement from federal prosecutors.

The suspects, like Bulger, were incarcerated at Hazleton, a federal penitentiary in Bruceton Mills, W.V., when the homicide took place. Geas and DeCologero allegedly attacked Bulger in the head.

Geas remains in custody in Hazleton. DeCologero is incarcerated at another federal correctional facility. McKinnon was placed on supervised release, but was arrested this week in Florida.

Geas was described by Las Vegas’ Mob Museum as a mob hitman from the Springfield, Mass. area. He is serving a life sentence for the 2003 murder of a member of the Genovese crime family, the museum said.

DeCologero was a Boston mobster who was serving a 25-year sentence for racketeering and conspiracy, the museum added. He was linked to the 1996 murder and dismemberment of Aislin Silva, 19.

In his earlier days, Bulger ran the Winter Hill Gang in South Boston. He was sentenced to life in prison in connection with 11 murders.

He was on the lam for 16 years. Bulger was listed by the FBI as the nation’s second most wanted criminal.

Whitey Bulger in younger days, pictured above. He was shown in a Boston police booking photo in 1953. (Image: Boston Police)

Eventually, Bulger was apprehended in 2011 in Santa Monica, Calif.

Bulger was brought to trial and convicted. He was incarcerated in several federal prisons.

Bulger was held in Oklahoma, then was transferred to Hazelton. On Oct. 30, 2018, just hours after his arrival, he was killed. His lifeless body was found by guards, wrapped in blankets.

The FBI and the Bureau of Prisons Special Investigative Services investigated Bulger’s murder.

While living in California, Bulger reportedly sometimes would visit Las Vegas. It also was alleged that two of Bulger’s reputed associates, Steve “the Rifleman” Flemmi and “Cadillac” Frank Salemme, were investigated for a Nevada crime.

Pete Poulos was killed in the desert in 1969, KLAS, a local TV station, reported. The inquiry was eventually dropped.

After his capture, some of Bulger’s firearms were displayed in Las Vegas gun shows. He was so notorious, Las Vegas’ Mob Museum had exhibits on Bulger.

When Bulger was killed, those who were his victims, or linked to his victims, had a sense of relief. One example is Patricia Donahue.

Her husband, Michael Donahue, was killed in a 1982 fatal shooting that was linked to Bulger, the Mob Museum reported.

All I really wanted to do was get that champagne bottle and pop that cork,” Patricia Donahue told the New York Times after his death. “It’s been a long time waiting. Now my family can relax a little bit, now that we don’t have to worry about hearing his name all the time.”

2022-08-19
Previous Post: Podcast – Shane Sigsbee – Gambling With An Edge
Next Post: Can Cincinnati Make It Back to the Super Bowl?