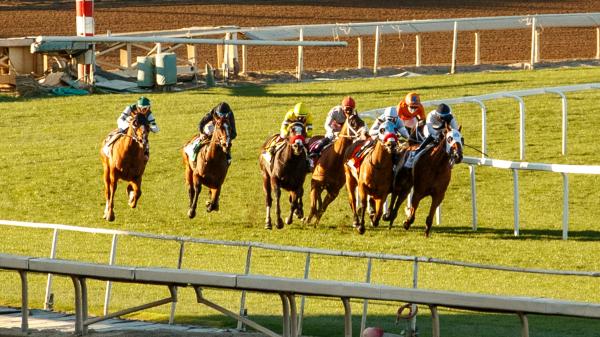 Will Horse Racing Betting Ever Move Onto Mainstream Betting Apps?

Horse racing is a highly popular sport around the world and its popularity certainly is not lost on Americans as the sport continues to attract a number of bettors, especially when events such as the Kentucky Derby takes place.

Nonetheless, it could be argued that horse race betting still is not quite as mainstream as other sports as it is not typically found on the popular US sports betting apps that are available to use around the country. Operators such as BetAmerica/TwinSpires, TVG, and AmWager are already proving a hit with racing fans, but numbers are still far behind those for sports betting.

But, could it be in the future?

States Starting to Open Up to Sports Betting

Of course, iGaming activities such as online sports betting have started to be permitted across various states in America recently, as many of them have decided to relax the restrictions that had previously been in place.

With more and more states very likely to continue to bring in new regulations after seeing the benefits that have been enjoyed by those who were amongst the first to introduce it, it would not be a surprise if horse racing were to become a mainstream betting feature on apps.

Horse Racing Betting is Available in More States Than Before

Subsequently, as a result of the relaxation in regulations and restrictions, it would be easy to suggest that betting on horse racing will actually experience its own growth organically. This will be due to the fact that bettors will now have the ability to participate in the activity, given that they were previously unable to do so.

The growth should then allow for the sport to become even more popular amongst sports betting enthusiasts, which could then help it to escalate to a level where mainstream betting apps will have no choice but to stop ignoring it. Big names like DraftKings and FanDuel would love to add horse racing to the apps that they have created.

With sports betting being rather new to many within the U.S., it is no real surprise to see that mobile betting has become increasingly popular recently, especially as operators look to try and capitalize on the opportunity that they have been presented with by trying to capture a person’s attention at every possible moment.

Indeed, the creation and use of apps have allowed them to do that as people are constantly glued to smartphones and portable devices such as tablets, thus reaching a number of potential customers, with many being converted.

To conclude, as stated at the beginning, horse racing is a highly popular sport in America and it would have to be considered a real surprise if betting on the sport were not to move over to mainstream betting apps, especially as the major operators are keen to make it happen.