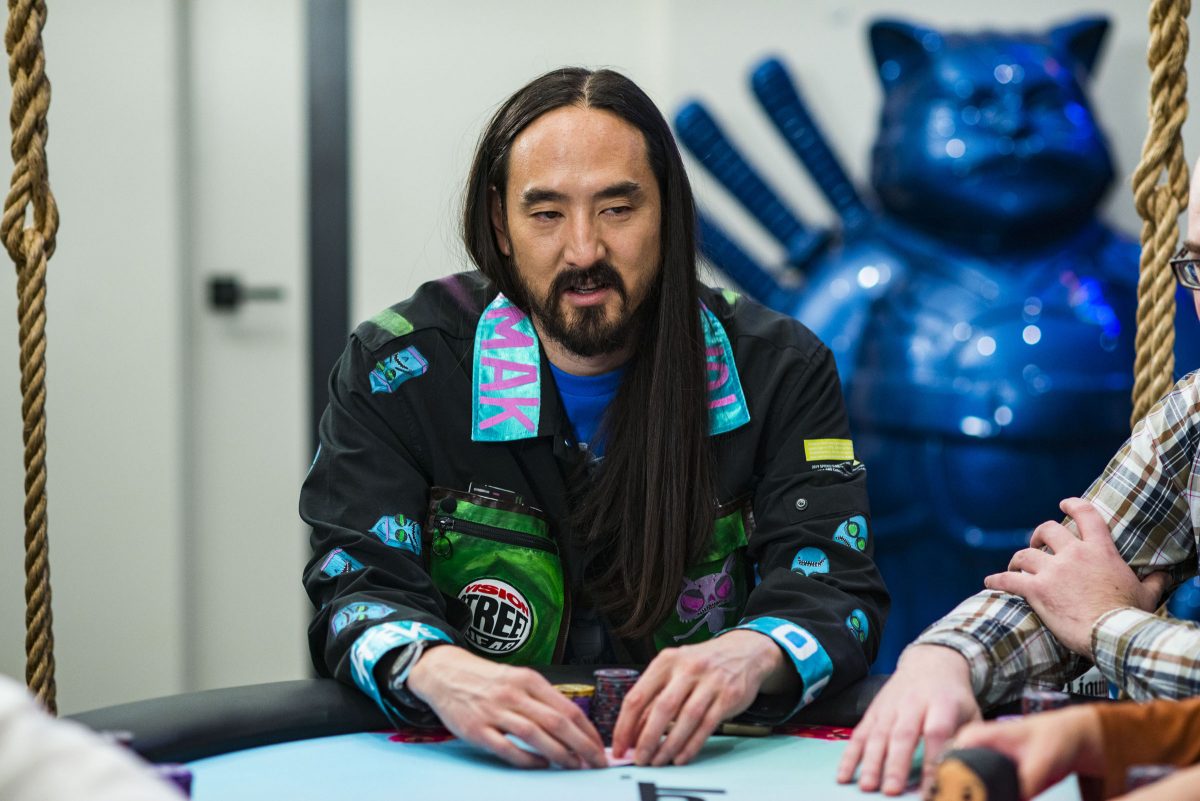 A seat into the next WPT main event, two robberies in Washington State, and new hotel towers for Penn National casinos are some of the short stacks Cards Chat picked up in last week’s orbit of poker news.

Steve Aoki will join Andrew Neeme and Brad Owen at the Bellagio on Oct. 18 where a $10K seat into WPT’s Five Diamond Classic will be given away. (Image: WPT)

You can play poker with a handful of World Poker Tour ambassadors next Tuesday at the Bellagio and win a seat into the Five Diamond World Poker Classic. WPT ambassadors Andrew Neeme and Brad Owen are hosting the meet-up game, known by the cool poker kids as a MUG.

MUGs have been Neeme and Owen’s jam for years. They’re pretty much a poker party attended by the fans of the two popular poker streamers. As a bonus, DJ, fashionista, and fellow WPT ambassador Steve Aoki will make a one-hour appearance starting at 12:30 p.m.

But that’s not the biggest reason to show up at this MUG: Whoever has the high hand during the first four hours will win a $10,400 seat into the Five Diamond World Poker Classic, which starts the next day.

Afterwards, starting at 5 p.m., Neeme and Owen will host a little party in Bellagio’s sportsbook. Food will be served.

Players may sign up with the Bellagio poker room by phone or in person 24 hours in advance to secure their spot in the MUG.

The Mid-Stakes Poker Tour is bringing its brand to Firekeepers Casino in Battle Creek, Michigan on Thursday (Oct. 13) with a $1 million guaranteed tourney.

The $1,110 event has three starting days: Thursday, Friday, and Saturday. The tourney finishes on Sunday.

MSPT held the same event at Firekeepers Casino in May. It attracted 2,330 entries and was won by Dan Bekavac for $252K.

The first will go up at Hollywood Casino Columbus, which has a 24-table poker room. The $100 million project will bring 180 rooms to the casino. Construction of the hotel, which will be attached to the casino, is scheduled to begin late next year

Meanwhile, in Las Vegas, Penn will add a second hotel tower at M Resort. The $206 million project will include 384 rooms, bringing its total to 774 rooms and suites.

Construction start dates haven’t been released for this project.

Please be careful out there, folks: scum walks among us.

Two older women were followed home from casinos and robbed in Washington State in recent weeks.

Police say during the first week of October, an 81-year-old woman was followed home for 30 miles, beaten, and robbed by one man of about $1,200 after playing at Muckleshoot Casino in Washington State.

About two weeks before that, a 59-year-old woman was followed home and robbed by two men of about $5,000 after leaving Macau Casino in Tukwila, Washington.

Both women were robbed a few hours after midnight.

Located outside of Tacoma, the casinos are 23 miles apart, but police say they haven’t been able to connect the two crimes.

“We have nothing right now to tie them together,” Police Chief Sandra Havlik of Renton, where the octogenarian lives, told local a news station.

But she did have some advice on what to do if someone thinks they’re being followed. Call 911 and head directly to the nearest police station.