It’s no secret for poker fans that Las Vegas is the place to be in the summer, so this year 888poker are giving players the chance to win a once in a lifetime trip with their Road to Las Vegas packages.

The promotion coincides with the platform’s 20th anniversary and is the perfect opportunity to battle it out in the world’s biggest poker tournament series. Each package is worth $13,000 and players can get their hands on one for as little as 1¢.

How to Win Your Road to Las Vegas Package

There are several ways to get to your $13,000 dream package but regardless of how you do it, all roads lead to Las Vegas.

The first option is to play your way to the top. Players can grind their way through a number of satellite tournaments to get to the target tournament. These start at just 1¢ and run around the clock.

The second option is to buy-in directly to the $1,050 Qualifier, and the next instalment of that tournament begins on Sunday, April 24 and kicks off at 21:15 (GMT+1).

To find the event in the 888poker client, head to the tournament lobby and select the ‘Live Events’ tab.

7 (Incredible) 888poker Client Features You Should Check Out NOW!

Win Your Road to Las Vegas Package at The Knockout Games 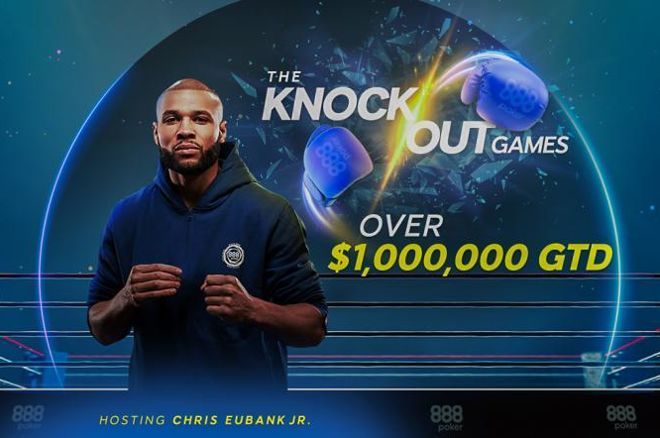 Also coming up on 888poker is The Knockout Games, a two-week online series that runs from April 24 – May 8. There are 44 events in the schedule and over $1 million is guaranteed in prizes throughout the festival.

There’s also the chance to win your Las Vegas package in ‘The Knockout Games’ series. In Event #22: Tune Up PKO, which takes place on Sunday, May 1, whoever eliminates 888poker Cultural Ambassador Chris Eubank Jr will pocket a $13,000 Road to Las Vegas package!

You can see the full schedule below.

Begin the Road to Las Vegas with an 888poker Welcome Bonus

Your first deposit is matched 100% up to $400 in the form or a releasable bonus. You have 90 days to release as much bonus as you can. Contact 888poker support for more details.