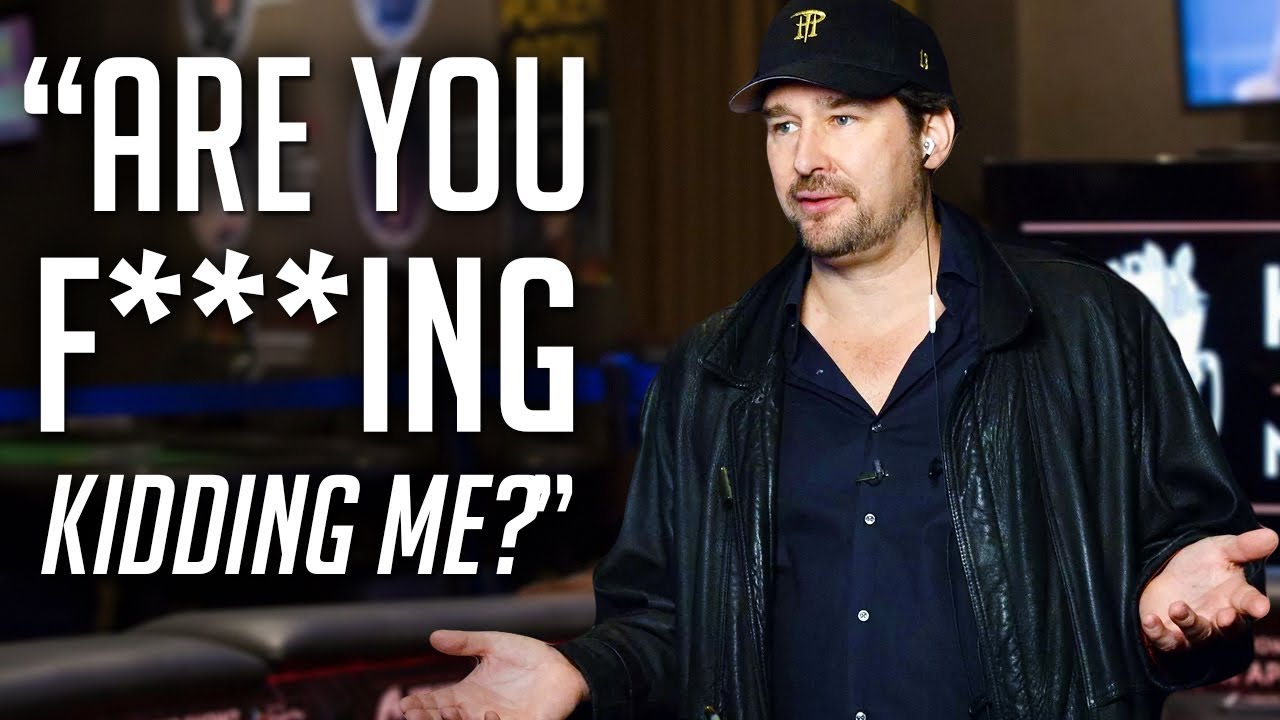 Tilt is a word often used in poker. It describes the condition in which a player ceases to act rationally, instead letting emotion take control of their betting decisions. A player on tilt will sometimes raise or call because of anger about losing the last hand or series of hands, or because of a desire not to look weak, or to show up some player because of some altercation.

Phil Hellmuth is as well known for his propensity to go on tilt as he is for his poker prowess. (Image: YouTube)

Tilt causes otherwise excellent poker players to play poorly, sabotaging the rational process they should follow for making a poker decision, replacing it with decisions made irrationally, often in reaction to an event or series of events that may be completely unrelated to the decision they are making.

If you’re having trouble at the table, consider these three factors to level out your degree of tilt: identification, information, and inhibition.

If you want to stop tilting, you must first identify the factors that put you off balance in the first place. These are generally known as tilt triggers and differ from person to person.

One of the most common tilt triggers is becoming bothered by a series of losses. The cause of the losses doesn’t really matter, though this problem is often exacerbated when players suffer bad beats at the table. No matter the reason, however, many players find it difficult to play rationally when they’re on a long losing streak.

Conversely, there are some players who go on tilt when they’re winning. There’s something about the accumulation of chips that injects some mania into their play. They become unreasonably aggressive, replacing their thoughtful play with impulsive play.

I’m not talking about rationally taking advantage of a winning image that might cause opponents to fold more frequently in the face of your bets. Rather, I’m talking about becoming unreasonably aggressive, as winning affects them emotionally, clouding their judgment.

Another common cause of tilt happens when players let emotion take over during a long session at the table. They grow tired, undisciplined, and highly reactive. While their “fully awake” brain has excellent filters for keeping emotions from seeping into the decision-making process, those filters become less effective the longer they play. Early in their session, they’re fine, but after three hours, these filters may disappear and these players become more reactive and less focused. This can trigger tilt.

External factors, unrelated to the play of the hand itself, can also cause tilt. Some players become unreasonably disturbed by noises or comments made by their opponents. They can’t stand to be taunted, shown up, or made to look foolish. When opponents do this to them, their betting becomes irrational. For others, player personalities, quirks, topics of conversation, or the like set them off.

Poker Information is poker knowledge, and knowledge is power. The more relevant facts you have, the better you’ll be at withstanding the crushing impact of bad beats. This information takes two general forms – facts about the game itself, and specific facts about yourself.

Knowing the odds of filling hands on the flop, turn and river is useful to have and helps in knowing the odds of being outdrawn in any specific hand. While suffering a bad beat may feel bad no matter what the odds, knowing that it happens fairly frequently may help you from losing control.

Similarly, it helps to know how you’ve reacted to similar situations in the past. It helps me to know that I have withstood many bad beats and still manage to show a profit. That’s one of the benefits of keeping careful records. They serve as a warm blanket of confidence for times of sad defeat, helping me recognize that variance works in my favor in the long run.

When I suffer a bad beat, I remind myself that my records still show that I’m a winner. That helps stave off tilt.

All of this information and identification is necessary, but insufficient in preventing tilt. I may be well versed in the immutable odds of poker and I may well know my historic winning ways thanks to good record keeping. I may also have a fine knowledge of my tilt triggers, but that knowledge alone is insufficient for stopping tilt. That’s because emotions kick in before reason has a chance to intervene.

Accordingly, to stop tilt, I must introduce another step in the process to give my rational mind the time it needs to assert itself. I must learn to separate my behavior from the emotional triggers that will surely come my way, no matter what my information and identification. That separation is known as inhibition.

The simplest way to inhibit an emotional response, and thus avoid tilt, is separation.

Separate yourself from the game until your reason has a chance to return you to your rational self. If you’ve noticed that a babbling opponent really sets you off and causes you to behave irrationally, the simplest action is to avoid playing hands against such a person or to leave the table when they arrive.

Over time, you might develop the thicker skin necessary to resist any emotional response to the stimulus. But for starters, just avoid it. Similarly, if you’ve found that a few bad beats tend to set you off, just take a break from the table. Get up and go for a walk. There’s no prize for losing because you go on tilt. There’s no penalty for walking away from the table when you’ve suffered a bad beat. Just avoid the negative stimulus.

Ideally, you’ll improve your ability to resist these tilt triggers. You’ll become more thick-skinned and your poker stamina will improve. But for now, you must learn to inhibit the tilt trigger by avoiding it until you’ve had a chance for your rational brain to once again become dominant.

By learning to understand and implement these three factors, you’ll be better able to overcome your propensity for tilting due to factors outside of your control, or because of opponents who have the knack for getting under your skin. Give yourself permission to get up and walk away from the table, when necessary, to avoid the negative stimuli so that you have the time and space necessary to replace your emotional reaction with a thoughtful and rational one.

2022-07-05
Previous Post: A Closer Look at 2022 Breeders’ Cup Classic Hopeful Olympiad
Next Post: An Unusual Requirement – Gambling With An Edge