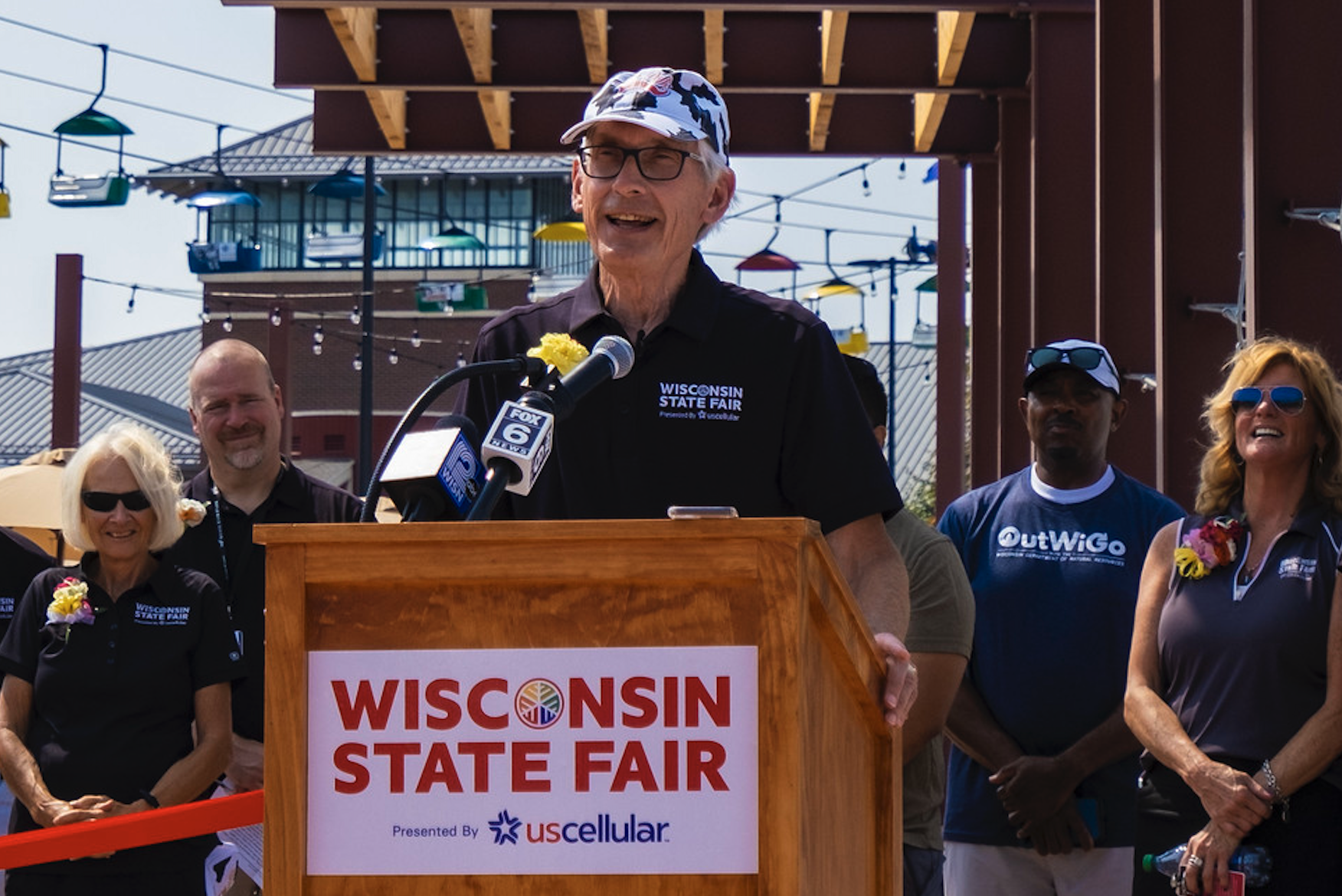 A third tribal nation in Wisconsin is on the verge of offering sports betting at its casinos. On Friday, Gov. Tony Evers announced the state signed a gaming compact amendment with the Forest County Potawatomi.

Wisconsin Gov. Tony Evers speaks at the 2021 state fair. On Friday, he announced his administration reached an agreement on an amended gaming compact that would allow the Forest County Potawatomi to offer sports betting at its casinos, which includes one in Milwaukee. (Image: Gov. Tony Evers/Flickr)

The Potawatomi have the potential to be the biggest sportsbook in the state as they operate a namesake casino in Milwaukee, the state’s largest city.

The compact amendment is the result of extensive and productive negotiations with the Forest County Potawatomi Community,” said Wisconsin Department of Administration Secretary-designee Kathy Blumenfeld in a statement. “We are grateful for our continued partnership, and this successful negotiation will be a win-win for the state and the Tribe.”

According to the announcement from Evers, the compact would allow the tribe to offer event wagering on both sports and non-sports events. The release does not detail what is included in non-sports events. Besides the Potawatomi Casino and Hotel in Milwaukee, the tribe also operates the Potawatomi Carter Casino Hotel in Wabeno, which is about 65 miles northwest of Green Bay.

The amended compact also allows for the tribe to conduct sports betting on lands adjacent to its casinos in Menominee Valley and Forest County. Provided, of course, federal officials approve it.

“We appreciate Governor Evers and his Administration working with us in a government-to-government manner to provide our Tribe the tools needed to compete in the marketplace and giving us the business certainty to continue our investments in Milwaukee and throughout the state,” Daniels said in a statement.

Now Up to Interior Department to Approve

In his statement, Evers said he was happy to get a deal done with the Potawatomi because it will spur economic growth for the tribal nation and the state.

“I look forward to continuing our partnership together to find new opportunities that support and bolster the Tribe’s success and our state’s success for years to come,” the governor said.

Per the Indian Gaming Regulatory Act (IGRA), the federal law overseeing tribal gaming, the US Department of Interior will have 45 days upon receipt to review the compact amendment signed by Evers and Potawatomi Chairman Ned Daniels Jr.

Should federal officials not make a decision within that 45-day window, the amendment to the compact will be considered approved to the extent it complies with IGRA.

Besides being able to offer sports betting, the amendment also extends the term of the existing gaming compact to 2061.

Prior to reaching an agreement with the Potawatomi, the Evers Administration amended compacts with the Oneida Nation and the St. Croix Chippewa Indians and granted them rights to offer sports betting.

The Oneida launched sports betting at its Green Bay casino in late November. After that, Evers announced an amended compact with the St. Croix Chippewa, which operates three casinos in northwest Wisconsin. Those three casinos happen to be within 80 miles of the Twin Cities metropolitan area in neighboring Minnesota.

That amended compact also must get federal approval.

Evers and his office will have the chance to amend compacts with another eight tribes and allow those sovereign nations to offer sports betting at their casinos.

According to the Wisconsin Legislative Fiscal Bureau, 11 tribes operate 24 Class III casinos in the state. Legislative researchers found that the tribal casinos reported more than $1.3 billion in net revenue in 2019. In return, the state received nearly $34.6 million in the 2019-20 fiscal year.

Sports betting may also be limited to only tribal operators, the researchers said. That’s because if the state amended the constitution to allow sports betting, it could be viewed as a violation of the exclusivity clause within the tribal compacts. That could potentially lead to the state losing out on payments from tribal operators or even having to refund prior allocations.

2022-02-21
Previous Post: Warriors Raise $2.5M For Charity In Poker Tournament
Next Post: Back a stalemate in Spain