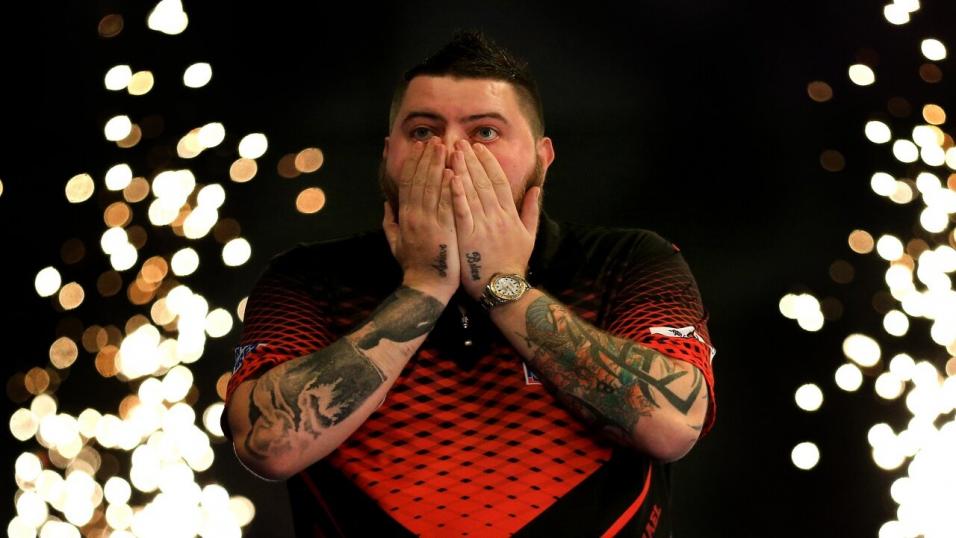 Defending champion Gerwyn Price is now in at 2/1 to retain the title that he won 12 months ago, his quarter-final opponent Michael Smith is in at 5/1 and first time quarter-finalist Callan Rydz available at 9/1 to go all the way.

Smith 2.0 is a different force

Of the final eight players left in this year’s tournament, Michael Smith has undoubtedly delivered the most impressive performances. He has hit the most 180s, and after three matches has a tournament average just shy of 100.

As well as impressive scoring, he has a superb checkout percentage of 47.25.

Bully Boy has improved in so many areas, he’s worked hard on not rushing his third dart as well as his on stage demeanour and even though he has the same hunger and desire to win, he now trusts that it will happen instead of trying to force it.

Five times he has reached the final of major televised tournaments and five times he has fallen short but finally we are seeing the changes that needed to be made to take the 31-year-old to the next level.

In previous years I think players knew that if they gained an advantage, they’d more than likely go on to beat the St Helens man because he didn’t have the mental resilience to mount a fightback when things were going against him.

The ultimate test to prove that we really are seeing Michael Smith 2.0 was his game against Jonny Clayton in round four.

The two were embroiled in one of the greatest battles I have ever witnessed up on that Ally Pally stage and Smith, to me, looked like a player ready to push on and win this prestigious title.

He will take on the reigning and defending champion Gerwyn Price for a place in the semi-final of this year’s event.

We know that this is the stage of tournaments where Price usually comes into his own but he really will need to be at his best if he is to deny a relentless Bully Boy.

I think this will be a very close run match but based on what we’ve seen so far in this event, would favour Smith to come through at 11/8.

Rydz to cause a Riot

Callan Rydz has been another stand out performer in this event. The 23-year-old has excited everyone with his displays so far and I think he has a great chance of impressing us further.

Winning Players Championship Two back in February gave him a big confidence boost and since then, we’ve really seen him kick on.

For a lad who is very shy and seemingly lacking in self-confidence, it’s been fantastic to see the Bedlington ace really start to enjoy himself up on the big stage and grow with the occasion.

He may not believe that he is one of the best, he almost seemed embarrassed when I asked him about being the fifth favourite to go on and lift the trophy, but he is showing on the biggest stage of all that the future of this wonderful game is in very safe hands.

The last time Rydz faced today’s opponent Peter Wright, he averaged 110.72 in a 6-3 victory so he certainly has what it takes to triumph.

Today will of course be a lot more difficult than in the Gibraltar Darts Trophy but I expect The Riot to rise to the occasion and provide stern opposition for the 2020 World Champion.

In addition to a place in the final four, victory over Snakebite would move Rydz up to 20th in the PDC Order of Merit.

In 2021 Callan had the best bullseye checkout percentage on stage at 35.71, you can back two or more legs to finish on the bull in this match at 11/10.

2022-01-01
Previous Post: Goodbye 2021 • This Week in Gambling
Next Post: ‘Brewing’ Some Betting Strategies for the Smarty Jones Stakes