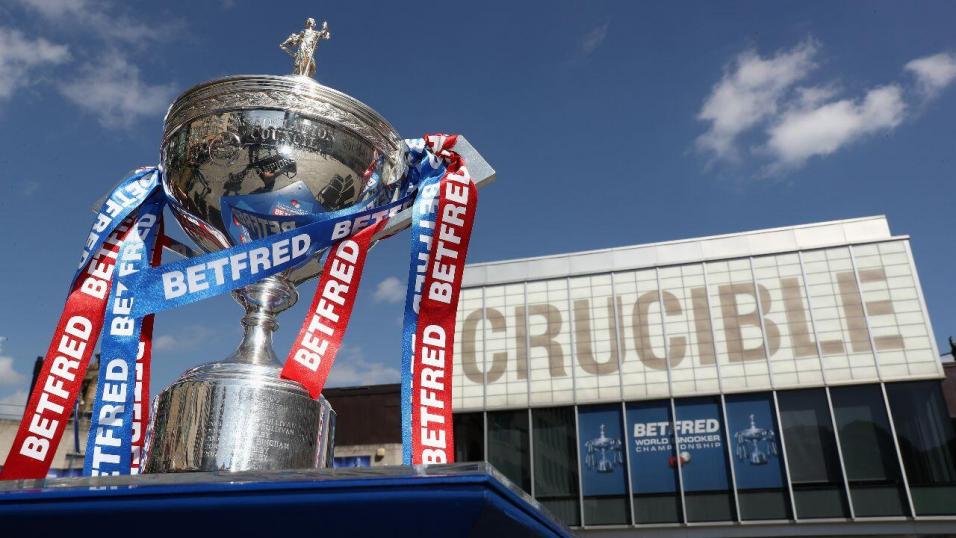 In terms of unexpected results, this has arguably been snooker’s craziest season in memory.

Zhao Xintong has suddenly emerged as an elite player, Luca Brecel has started to fully realise his immense promise, Hossein Vafaei and Fan Zhengyi have secured their first ranking titles while even grizzled veterans such as Joe Perry and Robert Milkins have got in on the act with unexpected wins.

So to the big question: does that almost impossible to predict randomness carry over to the sport’s biggest event?

There’s a strong case to say ‘no’.

With its longer format, the World Championship is such a different animal to everything else and The Crucible is so often the scene of order being restored rather than chaos being allowed to roam.

And that’s why there’s still value in a piece like this. There are very strong trends in this tournament and, for now, they show no sign of abating.

However, I don’t want to make this a complete closed shop so there needs to be ways for non-Crucible veterans to accrue some points.

Ah, yes, points. Last year I made this a rather cut-throat affair and struck a line through any player that didn’t meet a particular statistical requirement. Never made a final here before: out you go!

So having used a new points system at this year’s US Masters and seen it somewhat validated by top scorer Rory McIlroy finishing runner-up, I’m going to adopt a similar approach on the green baize too.

Let’s start by looking at the last 10 winners and how they shaped up at the time of their triumphs: 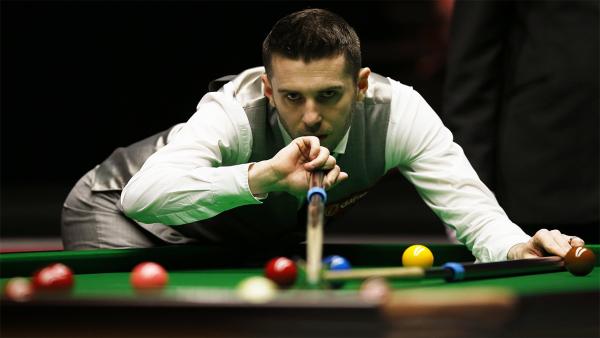 So let’s turn to the scores on the doors for the 2022 event.

One early admission is that I’m only looking at the top 16 seeds. This preview is an attempt to select the winner rather than identify a plucky qualifier reaching the last four before going out.

True, qualifers have won before – Shaun Murphy in 2005 and Terry Griffiths in 1979 – but they’re like hen’s eggs. Even if I did wait for all the qualifying results to come in, there’s no-one who would rack up enough points to make an impact under the scoring system in this preview.

Let’s break off then and list our first category…

I’m going to award points based on how often each age group won across the last 10 editions. So, as seven 30-somethings won, anyone in their 30s this year is awarded 7pts. Here’s the allocation.

It means 20-somethings or Class of ’92 members are marked down as 30s is the prime age for a world champion. Then again, under the previous elimination system youngsters such as Zhao Xintong and Luca Brecel as well as veterans Ronnie O’Sullivan, John Higgins and Mark Williams would have been crossed off. Now they have a chance to make up for their low points tally for age in other categories. 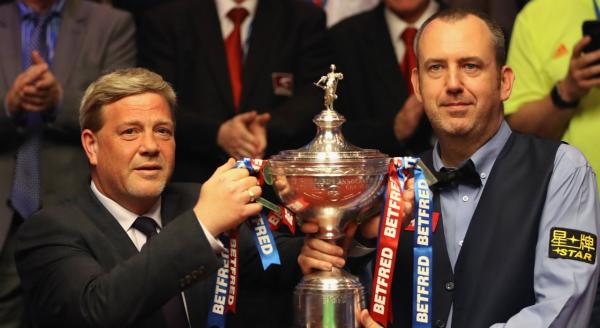 As mentioned, I’m only looking at the world’s top 16 but there are different levels of eliteness in that group and history says the very top seeds have an edge. In the last 10 years, every winner has been ranked in the top 16 but half of those were top four seeds. Three players expected to reach the quarters (i.e. seeded 5th to 8th) triumphed while two were seeded 10th or higher. Again, using frequency, the points allocated are as follows.

Experience of The Crucible seems absolutely imperative and every winner in the last 10 years had played there at least eight times. That’s bad news for the newbies and even harsh on Kyren Wilson and Anthony McGill who have both made it to Sheffield seven times. Again, though, that doesn’t rule them out; it just denies them a scoring opportunity in this category. The optimum amount of appearances is between 8 and 12 (five winners in the last 10 years had played such a number) so anyone fitting that bill scores highest. Veterans (20 or over starts) also don’t score too heavily.

There’s no getting away from the fact that the most likely winner at The Crucible is someone who has already won there before. That’s applied in seven of the last 10 years with Mark Selby (2021) and Ronnie O’Sullivan (2020) adding to the trend in the latest two editions. Two of the other three winners in the last 10 years had previously reached the final.

The most famous Crucible trend is that a first-time winner has never managed to defend the title. Some have failed spectacularly: Steve Davis being thrashed 10-1 by Tony Knowles in 1982 the most extreme example. But a reverse effect has happened too with those who fell below expectations one year coming back strongly 12 months later. The exact stat is that seven of the last 10 winners hadn’t made the one table set-up (i.e. reached the semis) the year before. More points are allocated, therefore, to those with some extra hunger. To boost the tallies of some of the newer players, they also get 7pts for not reaching the semis last year.

We need to reflect latest well-being so here’s a stat to measure form coming in to Sheffield and it’s a strong one: 9 of the last 10 Crucible winners had made at least a semi-final in one of their previous three starts. Those who haven’t met that stipulation this year include Mark Selby, Mark Williams and Barry Hawkins so their points tallies take a hit.

How important is it for a prospective world champion to have shown their mettle by winning a ranking event earlier that season? Last year, Mark Selby had landed the European Masters and Scottish Open to show his form and class but it’s far from essential as four of the last 10 winners hadn’t secured a ranking title in that same campaign.

In last year’s preview I ruled out Judd Trump for playing too much! A long, gruelling season can be detrimental in any sport and it certainly applies in snooker too. Trump, due to getting to the business end of tournaments so often, had played 104 matches before the 2021 World Championship. Perhaps a victim of his own success, he was in the ‘red zone’ when arriving at The Crucible and fatigue could have been a contributing factor in his 13-11 loss to Shaun Murphy in the quarters. He’d only played 83 matches when winning in 2019. 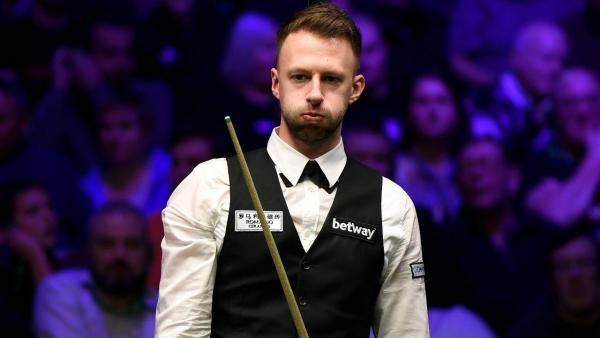 The stat that taps into workload is that 8 of the last 10 Crucible winners had played 100 or fewer matches that season. Only Ronnie in 2013 (when he turned up after having the year off!) and again in 2020 (45 matches) have played under 50 so it’s not ideal to be a little undercooked either.

Finally, I wanted to come up with a stat that rewarded players who always seemed to overperform at the Crucible but deducted points from those who perennialy fell short of expectations. For example, Neil Robertson banks good points for being a past winner but surely it needs to be taken into account how often he’s fallen short since then. He was the selection last year but, for the seventh World Championship running, didn’t make it to the one table set-up. Whether his own theory about the tightness of the playing area not allowing him to walk into shots holds any water is open to debate but, for whatever reason, his resuts haven’t cut the mustard. 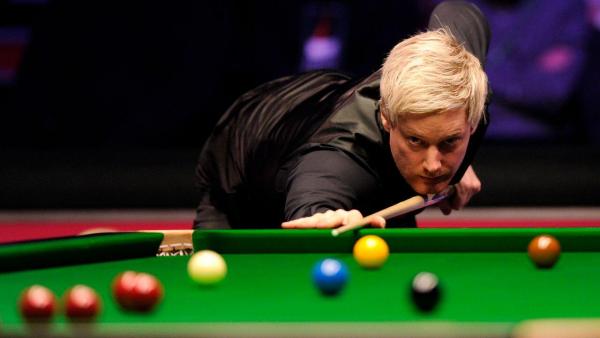 Therefore, I’ve come up with the following plan: looking at how each player performed in relation to their seeding. Put crudely, the No.1 seed is expected to win, the No.2 seed to lose in the final, seeds 3 and 4 to lose in the semis, seeds 5-8 to go out in the quarters and seeds 9-16 to perish in round two. So, if a sixth seed made the last four, he’d be overperforming. Conversely, if a third seed lost in the last eight, he’d be underperforming.

Using five years of evidence I’ve scored each player on whether they overperformed, underperformed or met expectations (e.g. a seventh seed reaching the quarter-finals but then being beaten).

Robertson hasn’t lived up to his seeding in each of the last four years so he racks up -8pts here: quite a hit to the plenty he’d scored from other categories. Those benefitting from such a system are Kyren Wilson (overperformed in three of the last five years and met expectations in the other two to score +6 in this category) and Anthony McGill (overperformed in both 2020 and 2021).

Right, enough waffle. Let’s get to the exciting bit!!

The final scores are in and, drumroll, these are the leading tallies: 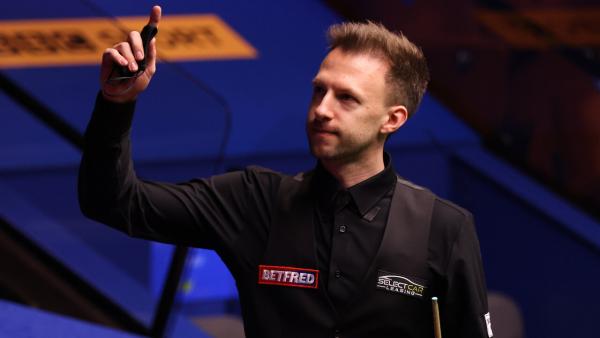 Trump comes out on top while Ronnie is seeded higher than Higgins which perhaps just gives him the edge for second.

So, a Judd Trump v Ronnie O’Sullivan final, with Higgins and Wilson the beaten semi-finalists! And, pleasingly, that outcome could actually happen when checking the draw.

Trump is 32, seeded 4, has played in 12 previous world championships, winning in 2019. He’s captured two ranking events this season, including the Turkish Masters three starts ago and despite underperforming in the last two Crucible marathons he could benefit from being much more lightly-raced this season having played just 68 matches compared to 104 and 92 in the previous two.

True, Trump hasn’t hit the high levels of consistency he managed in the last two campaigns and has even muttered about not enjoying the game right now. Perhaps in a funny way that will take the pressure off.

Anyway, the trends are with him so let’s follow their lead and back Judd Trump to win his second world title at 6.611/2 on the exchange. “Come on baby!”