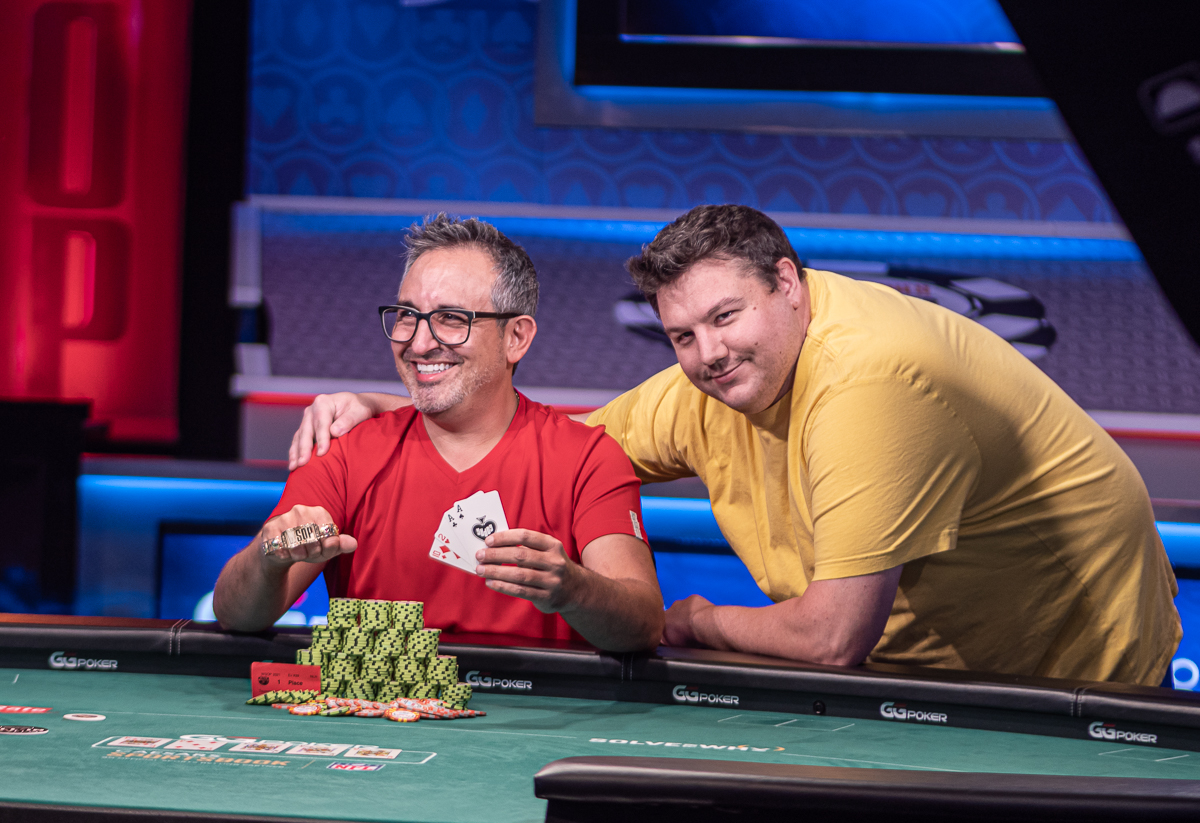 WSOP Goes Back to Awarding One Player of The Year

Only one World Series of Poker Player of the Year will be named in 2022, marking a change from last year when the WSOP found a sponsor to help honor two players.  The WSOP starts next week.

Josh Arieh won the 2021 WSOP Player of the Year in the overall category, while Scott Ball won the VELO-sponsored Player of the Year for collecting points in only No-Limit events. The top three finishers in both categories split $25K, with the winners getting $15K each.

Without a corporate sponsor for this year’s POY race, the WSOP will return to honoring just one POY during this series. The prize itself is also somewhat smaller than last year, with the next winner getting entry into the 2023 $10K Main Event, a “unique” trophy, and a banner in the hallways of Paris and Ballys (soon to be rebranded as the Horseshoe Las Vegas).

The WSOP uses a points system that factors in the place in which a player finishes, the number of entrants in the event, and the tournament’s buy-in amount. Points are calculated by multiplying these three variables together. The system is loosely based on the same formula used in WSOP Circuit events, though it has been tweaked to compensate for the larger fields expected throughout the summer in Las Vegas.

The WSOP launched a live points calculator and leaderboard page where fans and players can keep track of the 2022 race and understand just how many points are available for individual events.

Not all the WSOP tourneys qualify for Player of the Year points. The exempt events are the Casino employees event, both the senior and super-senior events, the tag-team event, and the Ladies event.

Daniel Negreanu is the only dual-winner of the WSOP Player of the Year. He won a Toyota Tundra the first time the honor was awarded in 2004.

Phil Hellmuth, with his 16 bracelets, hasn’t been able to pin down a Player of the Year award. He’s been runner-up a record four times, including last year in the overall category. Negreanu fished third on the same list.