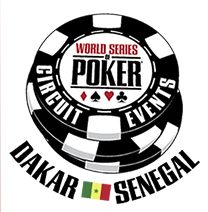 The World Series of Poker is living up to its global namesake by expanding its 2022 WSOP Circuit schedule to include a stop in Dakar, Senegal.

The World Series of Poker is venturing into sub-Saharan Africa with a 2022 WSOP Circuit event in Dakar, Senegal. (Image: Plaza Casino)

As per the 2021/2022 WSOP schedule and social media for the Casino Plaza hotel, the WSOPC is heading to Dakar, the capital of French-speaking Senegal, May 13 – 22. The new stop will feature nine tournaments, including a $1,700 main event.

While there have been both WPT and WSOP events previously in Marrakech, Morocco, and Johannesburg, South Africa, the continent has been mostly untapped for poker, despite its population of more than 1.3 billion.

Here’s a glimpse of the Casino Plaza and its poker room overlooking the Atlantic. (Images: Facebook/casino.plaza)

The WSOP Circuit series in Dakar will mainly feature small stakes events. The average buy-in is less than $500, but there are some higher stakes events on the roster, including a $1,260 Little One for One Drop.

Poker and the One Drop Foundation have been intimately linked ever since the charity’s founder and billionaire poker enthusiast, Guy Laliberte, helped create the Big One for One Drop. The first $1 million charity event took place in 2012 and 3.5% of its $42 million prize pool helped fund clean water projects in Africa.

Therefore, the Little One for One Drop at WSOP Dakar can be seen as the organization’s charitable efforts coming full circle. Indeed, those that play will be directly helping people in the host country, Senegal, which has been facing a clean water crisis for years.

This isn’t the first time the WSOP has tried to break Africa. The World Series of Poker Africa was the Caesars’ second major expansion effort after WSOP Europe. South Africa was chosen as the launchpad, with the first series taking place in 2010.

South Africa has the most established gambling industry on the continent. There are more than 40 licensed casinos across the country, and annual revenue is in excess of $1 billion. On top of this, South Africa has produced a number of notable poker players, including Jarred Solomon and 2007 WSOP Main Event third-place-finisher, Raymond Rahme.

Therefore, it was the natural start point for the WSOPA, which held its first two events in 2010. However, with the industry on a downswing due to the 2011 shutdown of online poker in the US, the series came to an end in 2013 before the WSOP could expand into other African countries. Michael Mizrachi won the $3,300 Main Event that year for $101,267.

The WSOP International Circuit has hosted events at Casino de Marrakech in Morocco since 2015, with their last stop there held in January 2020. The WPT DeepStacks series also has held events in Marrakech and Johannesburg over the years, but otherwise there have been few attempts to crack further into the continent.

Poker is in a stronger position today than it was back then. The 2021 WSOP Main Event attracted 6,650 players, even with a global pandemic still raging. Online poker is also enjoying a golden period, and the WSOP’s Circuit franchise now has digital events, as well as stops across the US and Europe.

With all parts of the industry thriving, the time is right to take another shot at breaking a new market. WSOP Dakar will not only be a chance for locals to win a Circuit ring, but a litmus test for whether or not poker tournaments can find a new home in Africa.

2022-02-18
Previous Post: Train Casino Staff to Recognize Human Trafficking Signs: Campaigner
Next Post: Joey Mulinaro Has ‘A Stake in Stardom’ But Who is This New Owner?