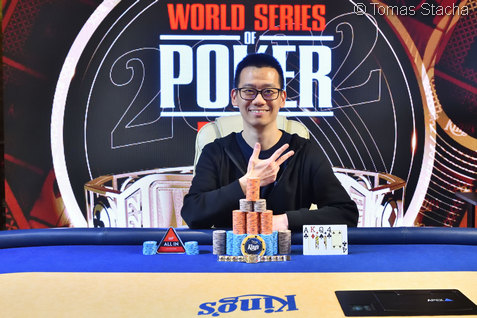 The World Series of Poker Europe at King’s Resort in Rozvadov, Czech Republic hatched several new bracelet winners last week, while Yan Shing Tsang added a third to his collection. Tsang is based out of Hong Kong and has cashed in WSOP events since 2017. Also chalking up wins over the past seven days were Martin Carnero in LA, and Nghia Nguyen in Las Vegas. To learn more about these players, join us for our quick trip around the poker world for the week ending on Sunday, November 7.

We start the week with Savevski, who scored big in the €1,350 Mini Main Event in the Czech Republic. The event attracted 1,431 runners and marked Savevski’s biggest win to date after he walked away with all the chips and the biggest chunk of the €1,631,340 prize pool. The win nearly doubled his previous largest tourney cash, which happened at last year’s WSOPE Main Event when he finished eighth for €125K. This is his first bracelet. 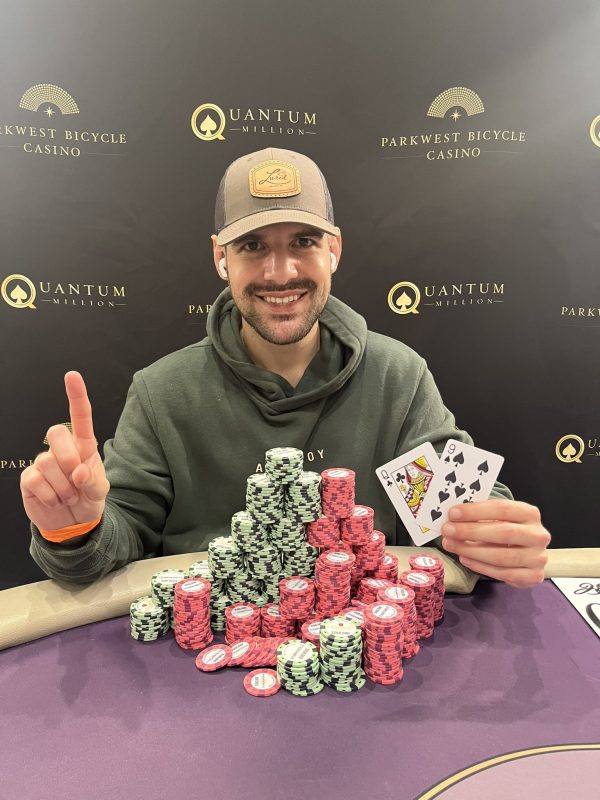 The latest series at the Bike once again went out with a resounding bang, as their $300 and $560 buy-in main event saw the prize pool reach over $1 million, easily surpassing the tournament’s $750K guarantee. In the end, Carnero finished on top of the field of over 2,200 entries to take home the winner’s share of the massive prize pool. The cash fell just short of his career-high result of $166,000, which came in a fourth-place finish at the 2015 Rock ‘N’ Roll Poker Open at the Seminole Hardrock Casino in Florida. Poker Hall of Famer Barry Greenstein also made the final table, finishing in ninth place. 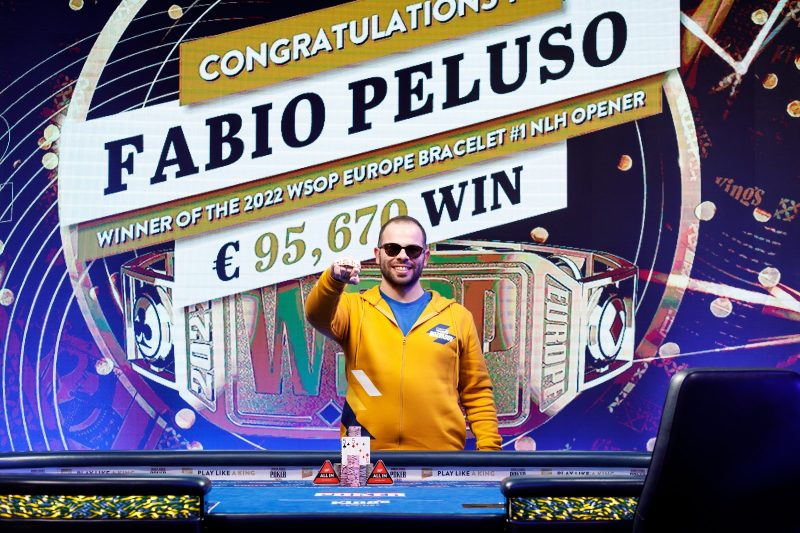 Securing his first WSOP bracelet, Peluso continues his hot run in 2022. He started the year making two final tables at the WPTDeepstack series in Amsterdam, including a fourth-place finish in the main event. He also earned a runner-up finish at the EPT Monte Carlo in April for €217,340. Not bad for the Italian pro who’s been at it for only two years.

Tsang won his third WSOP bracelet in the €2,000 Pot-Limit Omaha event that brought in 221 players. This victory pushes Tsang up over the $3 million lifetime cash mark. Tsang won his first bracelet in 2018 in a €2,200 PLO eight-handed event. His second bracelet came online in a $500 event in 2020. The man who plays online as “Anson” has 77 WSOP cashes. Like all the WSOPE winners, Tsang also wins an entry into the $1 million Tournament of Champions freeroll in Las Vegas next summer. 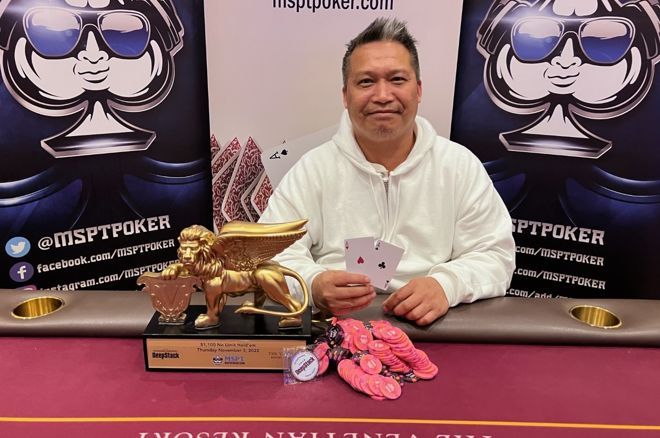 Scoring his biggest live poker cash, Nguyen made it through a field of 464 who put up $1,100 in Mid-Stakes Poker Tour’s Venetian Main Event. The man from California faced a tough final table that included Dylan Linde, who finished second for $61K, and Jeff Madsen (eighth for $9,851). 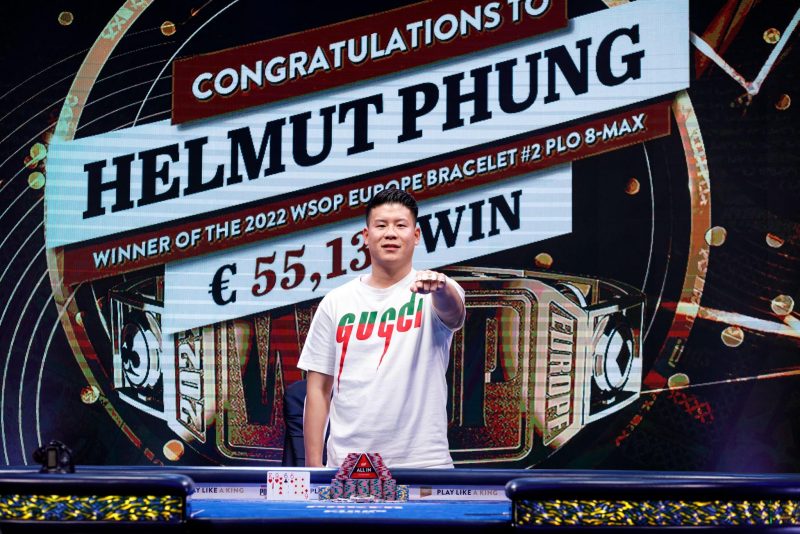 Germany’s Phung came into the final table of the €550 Pot-Limit Omaha event as the chip leader and never relinquished the spot to take the biggest portion of the €268,850 prize pool that was generated by 566 entries. It’s his first WSOP bracelet and his biggest cash. The victory more than doubled his lifetime tourney earnings, according to the WSOP.

Bob Pajich and Kevin Taylor contributed to this report. Know a big winner we missed? tips@cardschat.com

2. ‘The Return’ Brings Big Buy-In Poker Tourneys Back to Borgata in January