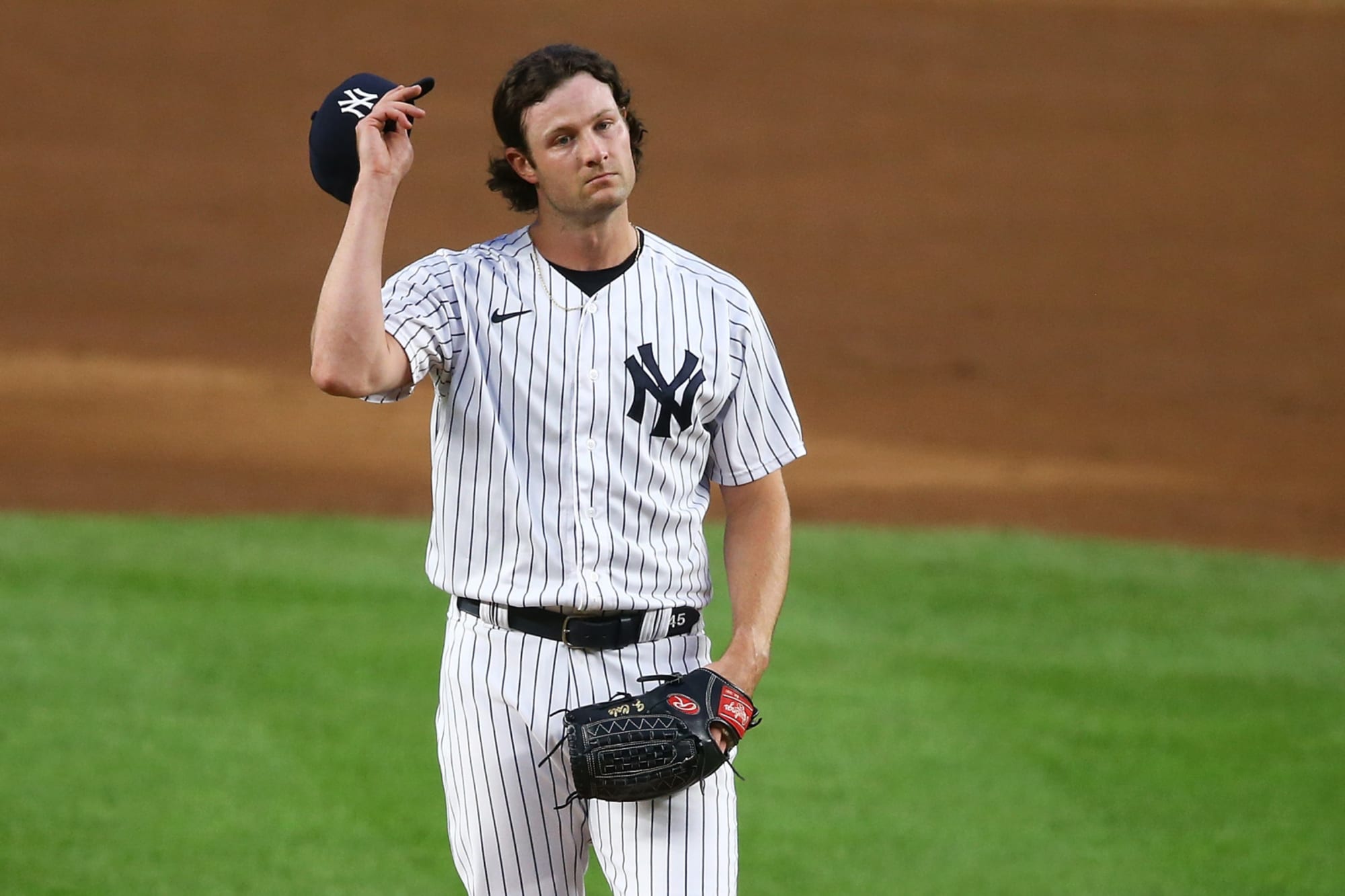 The New York Yankees used a near-no-hit effort from pitcher Gerrit Cole Monday night to top the Tampa Bay Rays and hit the 50-win plateau for the 2022 season. The team moved to a season-high 33 games above .500 at 50-17, matching the third-best 67-game start in the storied franchise’s history.

Cole didn’t allow his first hit until the eighth inning against the Rays, longest no-hit bid of his major league career. The Yankees have had 12 players throw no-hitters, with the last being Corey Kluber against the Texas Rangers last May.

New York has yet to lose back-to-back games in June, with their last losing streak coming May 28 and 29. The Yankees lead the AL East by 12 games heading into Tuesday’s action, and they have the best record in all of baseball by six games over the New York Mets.

Also not surprisingly, the Yankees have pretty good odds in the postseason, tying with the Los Angeles Dodgers as the favorites to win the World Series, with both teams listed at +450. Just behind those two teams are the Mets and the Houston Astros, who are both listed at +700.

The Yankees are favorites to win the American League pennant at +200, while the Astros are second at +325. The Toronto Blue Jays are listed at +500, while the Chicago White Sox have +1000 odds.NL MVP Candidate Machado Sidelined By Injury

The San Diego Padres have been competitive in the NL West this season, despite Fernando Tatis Jr. out while rehabbing his surgically-repaired left wrist. Much of that success has been due to the play of third baseman Manny Machado, who has big numbers while earning NL MVP consideration by many.

Unfortunately, the Padres are now without Machado as well. He hurt his ankle trying to beat out a grounder in Sunday’s loss to the Colorado Rockies. Machado hasn’t gone to the injured list, and the team is optimistic he won’t have to. He missed Monday’s game against the Arizona Diamondbacks. It’s uncertain how soon he’ll return to the field.

“He’s got some purple and blue in there, but overall, he’s moving around pretty good and feels good,” Padres’ acting manager Ryan Flaherty said Monday. “He’s not in the starting lineup (Monday). Outside of that, I think that there’s pretty good optimism.”

Machado is seventh in baseball with a .328 batting average this season. He also leads the Padres with 12 home runs, 46 RBI and 48 runs scored, helping San Diego to within percentage points of the Dodgers in the NL West heading into Tuesday’s action.

Machado is second among players in the odds for NL MVP this season at +500. St. Louis Cardinals first baseman Paul Goldschmidt is the favorite currently at +150, while the Mets’ Pete Alonso is listed at +700.

Philadelphia Phillies’ outfielder Bryce Harper is listed at +800, while the Los Angeles Dodgers’ Mookie Betts is at +900. Ironically, both of those players have been sidelined of late with minor injuries.

Another Mariner Rookie of the Year?

The Seattle Mariners aren’t exactly setting the baseball world on fire with their play. Seattle is residing in fourth place in the AL West heading into Tuesday’s action, but they have a possible second American League Rookie of the Year in three seasons in outfielder Julio Rodriguez.

The 21-year-old Rodriguez, in the first season in the bigs, is playing very well. He’s batting .265 with 13 doubles, a triple, eight home runs, 30 RBI and 30 runs scored. He’s the odds-on favorite to win the AL Rookie of the Year award, which would give Seattle two in three years after Kyle Lewis took the honor in 2020.

Rodriguez is priced at -125 right now. Houston Astros’ shortstop Jeremy Pena is next at +250, while Kansas City Royals’ shortstop Bobby Witt Jr. is third at +700. No other player is listed under +2000 in the AL Rookie of the Year race.

The National League Rookie of the Year race is tighter, with San Diego Padres’ pitcher MacKenzie Gore favored at +350. St. Louis Cardinals’ second baseman Nolan Gorman and pitcher Spencer Strider of the Atlanta Braves are both at odds of +500. Outfielder Michael Harris II, also of Atlanta, and Pittsburgh Pirates’ shortstop Oneil Cruz are just behind at +600.