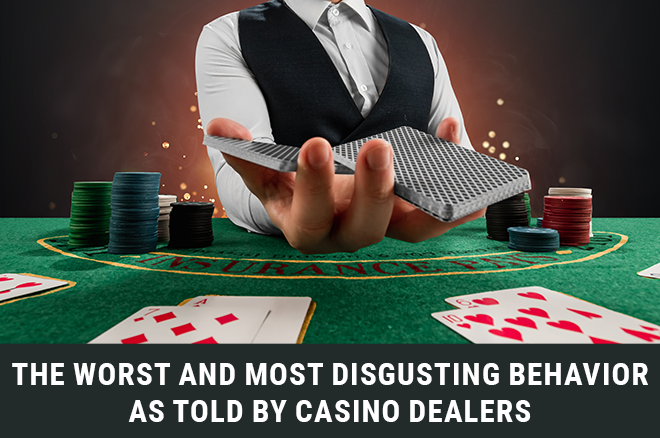 Yuck! The Worst & Most Disgusting Behavior as Told by Casino Dealers

Whether it’s poker or a casino pit game, players wouldn’t have the experience they do without one important person – the dealer. While they’re responsible for slinging cards and facilitating games, they’re also a silent observer of human nature.

PokerNews previously asked various dealers to share their wildest stories from working in the industry. No names nor locations are being reported to respect the privacy of those who shared. While we cannot 100% confirm all of the stories below, the dealers claim to be speaking from their own personal experience.

Please note, somre stories contain actions and behaviors that some may find offensive.

Editor’s note: Some submissions have been edited for length and/or/clarity.

Poker Hall of Famer vs. the IRS

In the old days of the WSOP at Binion’s Horseshoe, I was dealing to a man named Sarge Ferris. Sarge was a bookie from New York. They played with cash on table in those days. One night while dealing to Sarge, a group of men in suits – not bosses – surrounded my table, approached Sarge, and identified themselves as being from IRS.

They reached down and took all Sarge’s cash off table and told him he’d get a receipt in the mail. We all thought Sarge would be upset, but he started laughing, reached under table and pulled out a suitcase. When he opened it, it was full of cash and he said, “They forgot some!” The whole table broke out in laughter. In those days players always owed IRS, especially if you were a bookie! 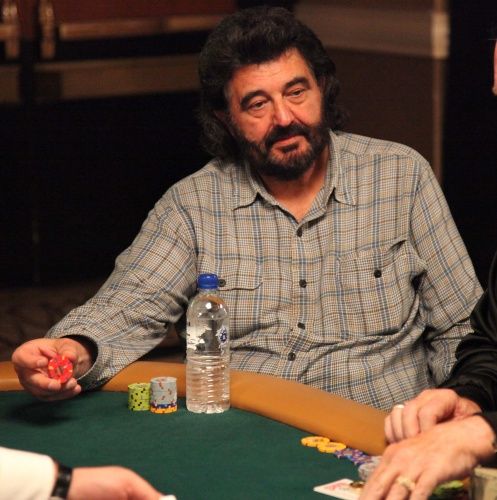 While waiting for a dealing assignment at the WSOP, I was standing in the satellite area when Eskimo Clark asked me who you have to know to get a bottle of water around here.

I pulled a dollar out of my pocket, called the girl over, and asked for a water. She gave it to me and I gave her a dollar.

I said, “There Eskimo, that’s how it works. If you tip somebody once in a while they will take care of you.”

I proceeded to drink the water and walk away.

My first experience dealing to Bob Stupak at the Golden Nugget 1987-ish. In $100/$200 Razz, he’s in Seat 1 with two ashtrays overflowing and smoldering. He scoots back about a foot and hawks a very large disgusting loogie inches from my foot. He looked at the distaste on my face and said, “What’s the problem, never seen a little phlegm before?”

I said with a straight face, “Yes I have. Just never on the carpet inside, but thanks for missing my foot, sir.”

He threw me a green bird when my 20 minutes was up. Classy guy. NOT!

At the WSOP Europe in 2018, I had a guy that pooped his pants and kept playing so he didn’t miss any hands and he was in Seat 1 next to me. You don’t want to know the smell.

In 2018, it was day 2 of WSOP Europe Main Event, and an hour before the start we were preparing the bags. I was writing the table and seat number on the bag and a colleague decided to be funny and drew with a marker a fluffy penis on my hand halfway to my elbow. I thought I’d finish doing the bags and go to the bathroom and clean it up, but of course, I forgot! I dealt the Main Event for three hours with sleeves up with that “Masterpiece” on the back of my hand before I had a break and a floorman noticed. Not one player said anything or even looked weird at me otherwise I would’ve something was wrong.

At a private home game, a guy was always complaining he only has rags for three hours so he took the cards and rub them in his underwear to change his luck, and yes, I had to touch them afterward because he folded.

In 2013, I had just learned craps, and was on a mostly dead game. There was only one player on the other side of the table straight out shooting with just a pass line, when security and IGB (Illinois Gaming Board) who are state troopers, tapped him on the shoulder and arrested him. Turns out he had been pissing in the rail while he played and shot the dice.

In the poker room I used to work at we had a regular player. An older man who walked with crutches literally one crutch at a time so it took him a while to get around. He always wore shorts. One night he left the table to go to the restroom just outside the room. About 15 minutes later the other players at the table complained about a smell. He had defecated on the floor under his chair. He left his chips and never came back that night. We had to move all the players to another table, tape off the area, and EVS in hazmat gear had to come to clean it up. 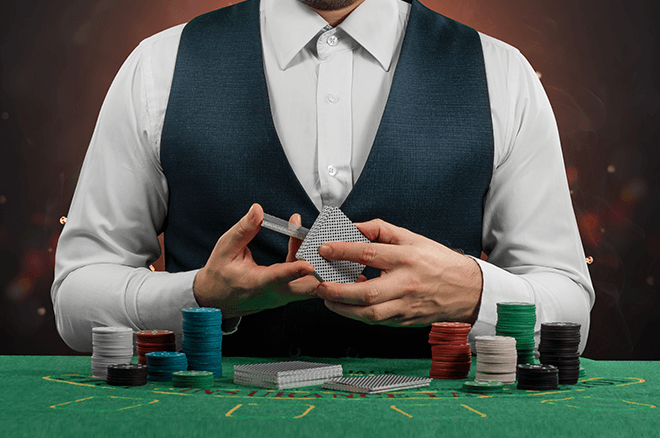 I was on break waiting at the side desk for dealers/floors to see if I could get an early out when a young man walks up and asks me if we have cameras set up nearby. I tell him, “Sure, we’re a mega-casino on the Vegas Strip, cameras are everywhere my man!” He says, “Good, so it happened just a few feet away over here, mind if I tell you more?” as he pulls me about 20 feet away. He goes on to tell me of his problem.

“I bought an eight ball of coke from a guy right here in this spot and I gotta tell ya mate, it was absolute bunk. I got ripped off on fake coke. I want to report this and want to make sure they got his face on videotape.”

I look around to see if I’m being set up by undercover agents associated with my resort/casino. Confident that this guy is for real, I tell him, “Yeah, you could probably ask security at the podium down the way about this, but I’m not sure they’re going to care much about you being ripped off on a coke deal.”

We had a ten-minute conversation much along these lines with him insisting that he wanted to go to security/police about a bad cocaine deal while I kept asking him if he really thought it’d be a good idea to bring this up. I mean, he had an accent so he was either British or Australian and all I can ever think about is how his local casino/cardroom handles drug deals gone wrong for customers? Weirdest discussion I’ve ever had for sure.

Do you have a casino story to tell for future editions of “Tales from the Pit”? Feel free to reach out to PokerNews on either or Facebook or Twitter accounts. You can also email [email protected]