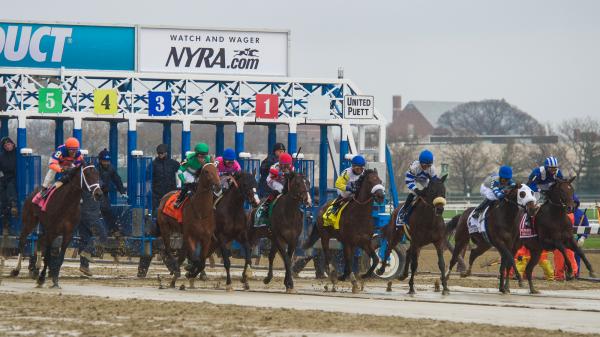 2022 Wood Memorial Stakes at a Glance

The significance of the Wood Memorial Stakes goes far and above the $750,000 purse. For all but one of the eight starters, how they fare in Saturday’s Grade 2 race at Aqueduct will determine whether they will run next month in the Kentucky Derby Presented by Woodford Reserve.

With 170 qualifying points on the line, which will be awarded to the first four finishers in a 100-40-20-10 manner, a third-place finish or better will be needed for the majority of them to keep their dreams alive of being in America’s most famous race. Only Morello, who already has 50 points, has the luxury of knowing he can run in the Kentucky Derby regardless of how he fares in the 2022 Wood Memorial Stakes Presented by Resorts World Casino.

1. Mo Donegal (5-2 morning-line odds): He’s already won a 1 1/8-mile on the track, which is a plus since it’s a deep, tiring surface. Though the Remsen Stakes winner has not raced since Feb. 5 due to a fever that knocked him out of the Fasig-Tipton Fountain of Youth Stakes, there should be a nice pace setup and with a rail trip and the need for a big effort to gain Kentucky Derby points, so expect a big effort from him. He’s also one of three starters from trainer Todd Pletcher, who is a seeking a record-tying seventh Wood victory. That can’t hurt!

2. Golden Code (15-1): Pletcher’s second starter was third in the Gotham Stakes at a mile. His lack of a stretch kick there and racing around two turns for the first time Saturday paint a gloomy picture for the Calumet Farm 3-year-old, but let’s not forget that Pletcher won last year’s Wood Memorial for Calumet with a 72-1 shot ridden by Kendrick Carmouche.

3. Early Voting (5-2): He figures to be a major player here off a front-running victory in the 1 1/8-mile Withers Stakes at the Big A. He’s been training sharply since then and just how fast or contested the pace turns out to be will be crucial for him.

4. Long Term (20-1): A maiden after four second-place finishes, he seems out of his element here in a Grade 2 stakes. He’s trained by Pletcher, which helps, but he looks like a horse who will quicken the early pace as opposed to being a factor in the final furlong.

5. Morello (8-5): He’s undefeated in three starts, all at Aqueduct, but they were all at a mile or less and came in one-turn races. He’s won by at least four lengths in each of his starts, but this will be the longest and figures to be the toughest test of his young career and should be quite revealing about his Triple Crown chances.

6. Skippylongstocking (15-1): Though he has eight races worth of experience, he’s yet to run in a graded stakes or hit the board in any kind of stakes. He did register a fast allowance win last time and if he moves forward off that effort he could sneak into the picture, but he seems more likely to regress a bit after that kind of performance.

7. A. P’s Secret (20-1): As a point of reference for the aforementioned Skippylongstocking, he’s also trained by Joseph and after a sharp allowance win was seventh in the Fasig-Tipton Fountain of Youth Stakes at 31.10-1 odds last time out. We’ll pass.

8. Barese (8-1): The New York State-bred is undefeated in three starts, but they were all in state-bred company. His speed figures are competitive with the others and, if he can avoid a wide trip from the outside post, he might find a way to land in the exotics.