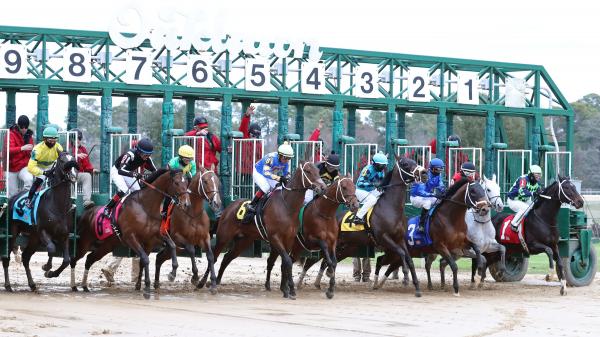 2023 Smarty Jones Stakes at a Glance

As much as Jan. 1 is the birthday for all Thoroughbreds, the day will be even more festive for a few lucky connections thanks to the Smarty Jones Stakes at Oaklawn Park. The mile stakes will not only offer a $250,000 purse, but as part of the Road to the Kentucky Derby Presented by Woodford Reserve series, the top five finishers will receive points 10-4-3-2-1 toward a start on the first Saturday in May in the famed run for the roses.

1. C.J.’s Storm: His first attempt in a stakes wasn’t exactly a success as he finished eighth at 64.80-1 odds. That was in the mud and in a sprint, but there’s little to recommend here.

2. How Did He Do That: He ran in the same stakes as C.J.’s Storm and finished fifth at 19.10-1. He won a minor stakes at Zia Park and comes from a top-flight barn, but he seems up against it here.

3. Communication Memo: Seems the better of the two Asmussen starters. In his first race at Oaklawn and at this distance, he broke his maiden by four lengths. Continued improvement will make him a big factor in this field.

4. Western Ghent: Would be great to see D. Wayne Lukas back in the Triple Crown chase, but can’t see it happening with this colt who lost his last two races by an average margin of over 35 lengths at average odds of almost 53-1.

5. Ten Days Later: Two improving efforts at Churchill Downs and Keeneland in allowance and maiden races indicate this colt is on the upswing and ready to test the waters in stakes company. Deserves a long look here.

6. Denington: Rallied belatedly and wide to finish fifth in the Kentucky Jockey Club Stakes and if he takes another step forward here, he will be a main threat. Definitely one to watch.

7. Angel of Empire: Broke through with a big maiden win last time at Horseshoe Indianapolis. He’ll get tested for class here, but he comes from the kind of barn that commands respect in races like this.

8. Victory Formation: That was the order of the day in his two career starts as he was victorious in maiden and allowance company. He’ll face his toughest test from a difficult post, but he’s been impressive enough to be a major factor here with Flavien Prat in the irons.