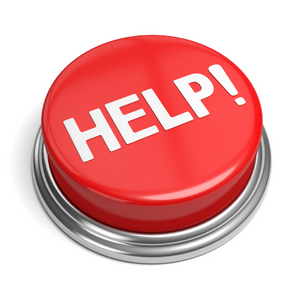 Sometimes you don’t get any cards. It happens. What can you do about it?  Different players have different ways of dealing with long periods without getting any decent starting hands. Some of them make sense; some don’t.

Here are six tips for things you should do — and things that you shouldn’t — to help you find some life in your game when your cards are dead.

What to do when you’re card dead

Recognize that your image has changed

You pride yourself on being a well-balanced player – neither overly tight nor loose. You mix up your play to take advantage of the predilections and mistakes of your opponents. But after a long series of discarded hands, you won’t appear to be well-balanced. Rather, you’ll likely appear to be a nit – a rock who only plays an extremely strong range.

Though you know that your recent image isn’t a true representation of the type of player you are, none but those few who are familiar with you will know that. Your image will be one only based on your recent play.

Accordingly, if and when you do finally get a decent hand, your observant and disciplined opponents will likely avoid playing against you.

Adjust your action to fit your altered image

You need to be sufficiently self-aware to recognize how your opponents will view you. It’s their image of you (not your true self) that you must consider when deciding what action to take.

For example, consider how you would play aces in late position.

Suppose you’re typically seen as a player who might raise with a very broad range. In that case, if you were in late position, you would typically raise with your premium pair, fairly sure that some of your better opponents would recognize you might well have many possible hands.

They would be unlikely to give you credit for only playing a very strong hand and might call your raise with a relatively broad range themselves.

But if, because of being card dead for two hours, you had folded nearly every hand in four dealer orbits, most of your opponents would see you not as your true self, but as a rock. So, if you raised in late position with your aces, you’d be unlikely to get any action.

Accordingly, with that rocky image, it would probably make more sense to slow-play those aces, hoping to encourage some action against you. Similarly, armed with the super-tight image that would result from having been card dead, you should be inclined to bluff more often as your opponents would be more likely to respect your raises as representing truly powerful hands.

When you’re card dead, and folding a high percentage of your preflop hands, it’s tough to get action.

Fortunately, most players have short memories. Though they might tag you as a rock while playing at the table, their memory is unlikely to be maintained if you take a break for 15-30 minutes or so.

Also, there’s often a good chance that some of the players at the table will be replaced by others who will have had no knowledge of your recent playing history. And even though leaving the table does nothing to affect the likelihood of getting good cards when you return, it will give you a chance to shake off any irrational feeling that the poker Gods are conspiring against you – allowing you to return refreshed and recommitted to the task of playing your best game.

What not to do when you’re card dead

Just as there are positive steps you can take to help keep your game from being declared DOA when the cards aren’t falling your way, there are also things you should avoid doing in an effort to resuscitate your session.

After a long dry spell, hands typically outside your playing range may start to appear appealing. Your hunger for action may start to have you lowering your standards. Don’t be duped.

While there may be strategic reasons to broaden your range, don’t allow your impatience for action to convince you that any two will do.

Tighten up while waiting only for premium cards

When you’re suffering through a long string of garbage starting hands, it’s tempting to shut down your faculty for playing hands in the bottom part of your range as you just set your sites on getting a premium pair or ace-king before you enter the pot.

This can also happen when you have suffered some losses with mid- and lower-range starting hands. But don’t become gun-shy. Don’t put blinders on and start thinking one of only three or four starting hands will be your salvation.

You need to retain the balance in your game, no matter how long you’ve been card dead. That means playing your best game from all ends of your range.

Worry about “just getting even”

A long dry spell is likely to be accompanied by a diminished stack. Some players get into a mindset of just getting back to even. They wait for a premium hand to pull them back up so they can leave with some sense of dignity. This is sheer folly.

Poker is one big game played over many sessions, as you know. And it’s self-defeating to focus on some artificial and temporary bar graph of up or down to determine whether or when you should stay or go.

Hoping that some big hand will pull you back up to even or above can also have the pernicious effect of having you play that big hand incorrectly.

All too often, otherwise good and strategic players become much too invested in making their big hand a winning hand, as they ignore signs that they may be second best. Their long string of garbage hands leads them to fall in love with the first playable hand, causing them to be much too sticky in the face of aggression.

It’s sometimes dangerously difficult to abandon a hand that you thought would be your salvation.

If you play long enough, you’ll surely have periods of time when you are dealt a long string of unplayable hands. Follow the dos and don’ts above, and you’ll ensure that even when you are card dead, you can retain some life in your game.