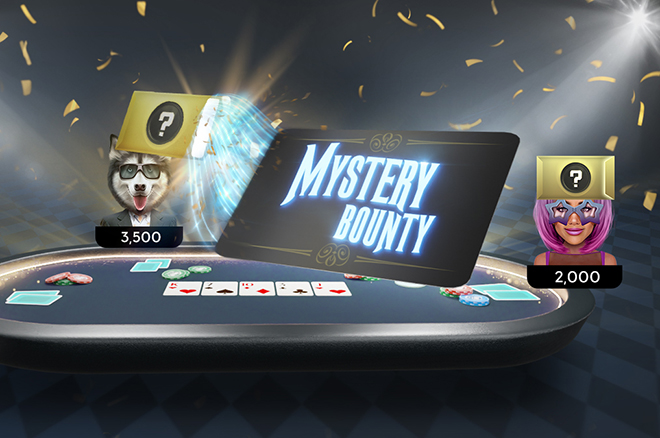 “stockfish9” of Argentina was one of the lucky players to pull out a trio of bounties before they busted in 56th place. Those bounties tipped the scales at $3,378, a far greater haul than their $167 prize money.

Twenty-eighth place finisher “ZapanE” collected two bounties, one being worth $3,000. However, the player of the night was “edtastylez92” who may have crashed out in 48th place for a $179 score, but the envelope they opened contained the $10,000 jackpot, meaning only the eventual champion took home more money!

The nine-handed final table took place on January 9, with the action streamed on the official 888poker Twitch channel. It took only ten minutes before the first finalist bit the dust. “Eg1D1” min-raised with pocket queens before calling the 14.8 big blind shove from “RiLucas” from the next seat across. RiLucas showed ace-king, and it was off to the races. A nine-high board meant the queens held and the tournament was down to eight players.

The final eight became seven with the exit of “Denezhki” in another cooler hand. From early position, “BrunsonsKid” min-raised with what turned out to be pocket aces, meaning they had an easy call when Denezhki three-bet all-in for 12 big blinds with ace-king. Everyone else ducked out of the way, and Denezhki was drawing dead by the turn.

Seventh place went to “AAdriano888” of Brazil, who had been nursing a shoving stack since play began. AAdriano888 looked down at ace-four and decided to commit their last six big blinds from early position. The move looked to have won the blinds and antes until Eg1D1 called with ten-nine of diamonds in the big blind. A nine on the flop proved enough to reduce the player count by one.

The next elimination took place during the 40th level of the tournament which resulted in “BigBen420” heading home. Eg1D1 min-raised under the gun with ace-jack, “bianchettibh” three-bet to five big blinds with pocket nines from the next seat across, only for BigBen420 to jam their 5.1 big blinds into the middle from the big blind with ace-queen. Eg1D1 ducked out of the way, and bianchettibh called. The nines held, and BigBen420 rang his bell for the last time.

Brazilian “luish64” was the next to fall, doing so at the hands of “Vaelluskala,” who min-raised from the button with pocket jacks, and found a caller in luishi64 in the big blind holding jack-eight. The king-eight-five flop saw luishi64 check, Vaelluskala move all-in, and luishi64 call off their last 4.2 big blinds. Luishi64 needed some help from the turn or river but it never arrived.

Lithuania’s Eg1D1 busted in fourth. They were the shortest stack going into four-handed play and never managed to rectify that situation. Their participation ended after a battle of the blinds with BrunsonsKid did not go to plan. BrunsonsKid open-shoved with queen-nine, and Eg1D1 called off their eight big blind stack with the ducks, pocket deuces. A queen on the river sent Eg1D1 home.

When Should I Move Up In Stakes? | Ask an 888poker Pro

Heads-up was set when Finnish grinder Vaelluskala crashed out. Most of the damage was done when bianchettibh min-raised on the button with king-queen, and called the 4.8 big blind three-bet Vaelluskala made with pocket kings in the small blind. Vaelluskala led for 3.1 big blinds on the ten-ten-jack board before calling the 13.2 big blind shove from their opponent. A nine rolled off on the turn, improving bianchettibh to a straight, making them a 90% favorite. A deuce on the river meant Vaelluskala was left with only three big blinds.

Those three big blinds doubled up on the next hand, but then Vaelluskala busted the hand after.

BrunsonsKid held a 45 big blind to 35 big blind advantage going into heads-up. The chip lead swapped hands several times during the 20-minute one-on-one battle, but it was BrunsonsKid who emerged victoriously. The final hand saw BrunsonsKid shove with king-jack and bianchettibh call off their six big blinds with queen jack. BrunsonsKid spiked a king on the flop, and it proved enough to become the $100,000 Mystery Bounty Main Event champion.

2023-01-11
Previous Post: Greyhound Racing Trainer Gets Life Ban for Bludgeoning Dogs to Death
Next Post: Trainer Stall Hoping for ‘Grand Finale’ at Pegasus for Dalika in Filly and Mare Turf