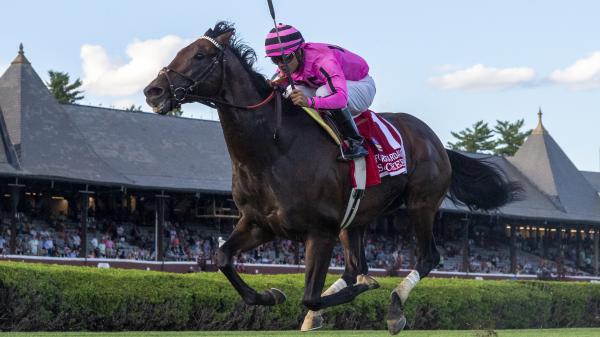 Casa Creed secured an expenses-paid berth in the $2 million FanDuel Breeders’ Cup Mile with a Grade 1 win in the $485,000 Fourstardave Handicap Aug. 13 at Saratoga Race Course.

Casa Creed’s owners and trainer, Hall of Famer Bill Mott, will have a decision to make once the World Championships roll around as Casa Creed also secured an automatic berth in the Breeders’ Cup Turf Sprint in his previous race when victorious in the Grade 1 Jaipur Stakes June 11 at Belmont Park.

Casa Creed has competed in the previous two editions of the Breeders’ Cup Mile, fading to 12th at Keeneland in 2020 and finishing eighth, but beaten by only 3 ½ lengths, in 2021 at Del Mar.

The 6-year-old by Jimmy Creed arguably is in career-best form right now, however, coming out of back-to-back Grade 1 victories, the first at three-quarters of a mile when scoring a repeat win in the Jaipur and then taking the one-mile Fourstardave. He has put up faster speed figures in the past, but here are four reasons he might be better equipped to excel at the 2022 Breeders’ Cup:

Co-owner Lee Einsidler, who races Casa Creed in partnership with longtime New York sports talk radio host Mike Francesa, said he thinks the Breeders’ Cup Mile will be the target, given the Turf Sprint at Keeneland at 5 ½ furlongs is a little short for Casa Creed. He could train up to the race or perhaps compete in the Coolmore Turf Mile Stakes Oct. 8 at Keeneland.

“Bill Mott and I were in his stall a few weeks ago and he said ‘Lee, he’s better today than he’s ever been in his entire career.’ He’s just been flourishing,” Einsidler said. “They say a lot of horses are at their best at 5. [The Fourstardave] was the best performance of his career and he’s a 6-year-old. He’s just amazing. I’d say right now, he’s at the total top of his game.”