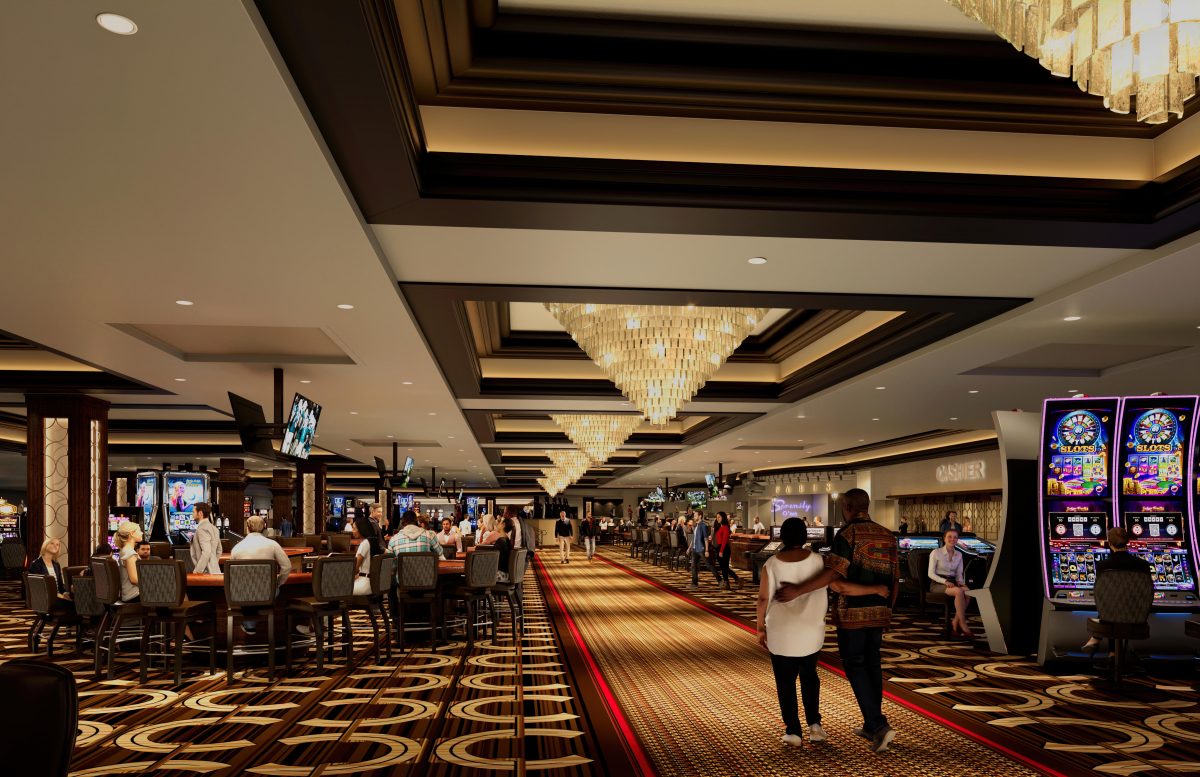 A Horseshoe for Colorado, a Plea from Tennessee

A new Horseshoe for Caesars, BetMGM signs another ambassador, and PokerStars sending players to the racetrack are some of the short stacks CardsChat picked up during another orbit of the poker world.

A rendering of what the Horseshoe rebranding will look like on the inside. (Image: Caesar’s Entertainment)

Caesars now has more Horseshoes than a bowl of Lucky Charms.

The casino chain and owner of the WSOP announced it will rebrand another of its properties as a Horseshoe Casino.

Isle Casino Hotel Black Hawk in Colorado will begin its transformation this summer. According to the press release, “keeping with Horseshoe’s classic sophistication, the design team will incorporate a handcrafted feeling with tooled leather, dramatic colors, and the brand’s signature gold horseshoe iconography.”

It’s part of a continued push by Caesars to strengthen its WSOP brand through the iconic Horseshoe name, and vice-versa.

Bally’s on the Las Vegas Strip, the new home of the WSOP (sharing duties with Paris), is becoming a Horseshoe this year.

Caesars is also in the midst of rebranding Lumière Place Casino in St. Louis and the Indiana Grand in Indianapolis as Horseshoes. They both have WSOP-themed poker rooms.

Capri Lake Charles, La., is currently being reconstructed as a Horseshoe property. Scheduled to open this fall, it will also have a WSOP-themed room.

In addition to those four, there’s a Horseshoe in Baltimore, Md., Hammond, Ind., Bossier City, La., Council Bluffs, Ia., and Tunica, Miss. They all have poker rooms that are themed or branded with the WSOP in some way or another.

Binion’s Horseshoe, is, of course, the birthplace of the WSOP. The 53rd version starts May 31.

A poker plea from Tennessee

Twitter user Ediverto Gakvez is sending a flare up asking for Tennessee poker fans to sign a petition to legalize poker clubs and online poker there.

Tennessee has allowed online sports betting since 2020, so the door is open a crack.

Ontario’s regulated online gambling market went live Monday, April 4, and 888Poker was the only poker site to turn on from the get-go.

It’s a good thing for the online giant, but not-so-good for online poker players.

Canada allows its citizens to access online poker sites, leaving the rules up to provinces. Ontario chose to tap into the online sports and casino market by requiring sites to be licensed and regulated through its lottery commission.

The rules dictate that only people located in Ontario can access and play on the sites. So in one instant, online poker player’s choices went from dozens and dozens to one.

It will get slightly better, as the WSOP and others will soon enter the market.

“I am so grateful for the opportunity to dive further into the sports betting industry as a brand ambassador for BetMGM,” Andrews said in a press release. “As I continue to advocate for more opportunities for women in sports, I’m excited to have this new platform to creatively share and inspire others.”

PokerStars outside the US is giving its players a chance to win a prize package tailored specifically for Formula 1 racing fanatics.

An advertising partner of Oracle Red Bull Racing, PokerStars is giving winners of the Red Star Pass a four-day, all-expenses paid trip for two to Nice and Monaco for the Monaco Grand Prix.

Winners also get an entry in a Sunday Million, an hour of poker coaching, and $500 in online casino credits.

PokerStars will release the dates of the remaining freerolls through its Twitter page in the next upcoming weeks. Vroom vroom.