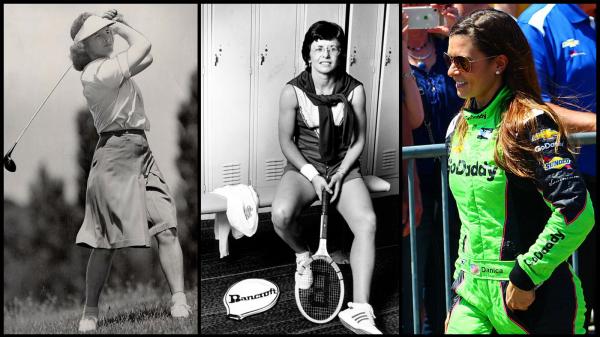 As a major prep race on the road to the Kentucky Derby Presented by Woodford Reserve, the Arkansas Derby at Oaklawn Park always attracts plenty of attention. This year’s renewal features some extra excitement as one of the top 3-year-old fillies in the country, Secret Oath, will compete against the boys. If she wins, she’ll be the first filly to win the Arkansas Derby since Althea in 1984.

Should Secret Oath finish in the top two, she’ll have enough qualifying points to compete in the Kentucky Derby if her connections choose to do so. She’d be the first filly to start in the run for the roses since Devil May Care in 2010.

The last filly to win a Triple Crown race came just a year and a half ago, when Swiss Skydiver won the rescheduled 2020 Preakness Stakes. The last filly to win the Kentucky Derby came way back in 1988, when Winning Colors held off Forty Niner by a neck. Winning Colors was trained by Secret Oath’s trainer, Hall of Famer D. Wayne Lukas. Three fillies have won the Kentucky Derby through its 147-year history.

Female athletes competing against male athletes is more common in racing than it is in many other sports, both on the human and equine level. However, many female athletes from all parts of the sports world have competed against males. Here, we’ll take a look back at some of the more notable ones:

Perhaps the most famous male vs. female sporting event ever was the second “Battle of the Sexes” tennis match in 1973. In May of that year, 55-year-old former champion Bobby Riggs squared off against Margaret Court, at the time one of the top-ranked women in the tennis world. Riggs defeated Court 6-2 and 6-1 in a best-of-three match.

Four months later, Billie Jean King, the number-one female tennis player the previous year, accepted the challenge for a match with Riggs. More than 30,000 fans watched the match in the Astrodome, the largest crowd to ever witness a tennis match, and more than 90 million watched on television.

King achieved a major victory for the burgeoning women’s sports movement, defeating Riggs in three straight sets. The win helped launch the Women’s Tennis Association, created a few months before, into prominence, and remains one of the all-time great moments in tennis history.

Three years later, Patrick became the first and only woman to date to win an Indycar race, when she won the 2008 Japan 500. That year, she was sixth in the driver standings, and she finished fifth in 2009. In 2010, she switched to stock car racing, becoming one of 16 women in history to do so. She finished 10th in the standings in 2012 and became the second woman to clinch a pole position in the series that year, following Shawna Robinson in 1994. She has the highest finish for any woman in both the Daytona 500 and the Indianapolis 500, and is one of 14 drivers of any sex to have led in both races.

One of the most prominent athletes of any sex during her time, Zaharias excelled at a wide variety of sports. She won two gold medals at the 1932 Summer Olympics and pitched in three spring training exhibition baseball games in 1934. However, she was perhaps most successful in golf.

Zaharias won 41 women’s golf events during her career, including 10 major championships from 1940 to 1954. In January 1938, she became the first woman to compete in a men’s tournament when she entered the Los Angeles Open. She missed the cut, but returned to the men’s game in 1945. She competed in the Los Angeles Open, the Phoenix Open, and the Tucson Open that year, and became the first and only woman to date to make the cut at a regular PGA Tour event. It would be more than five decades before another woman would enter a PGA event.

On Sept. 23, 1992, Rhéaume saw game action for the first time, when she played one period for the Lightning against the St. Louis Blues in a preseason game. She made seven saves on nine shots. She played one more NHL preseason game against the Bruins in 1993, and played in 24 minor league games over the next seven years for seven teams.

Hnida, a kicker, was the third woman to score in a college football game. Liz Heaston did so for Willamette University in 1997, and Ashley Martin followed her for Jacksonville State University in 2001. However, Hnida was the first one to do so at the Division I-A (now known as the FBS) level.

After playing on the varsity football team as a kicker in her senior year of high school, Hnida joined the team at the University of Colorado as a walk-on. She suited up for games in her freshman season but did not see playing time. In 2001, she transferred to the University of New Mexico. In 2002, she became the first woman to appear in a bowl game, when she attempted an extra point in the Las Vegas Bowl that was blocked. The following year, on Aug. 30, Hnida scored her first Division I-A points when she kicked two extra points in a 72-8 New Mexico victory.