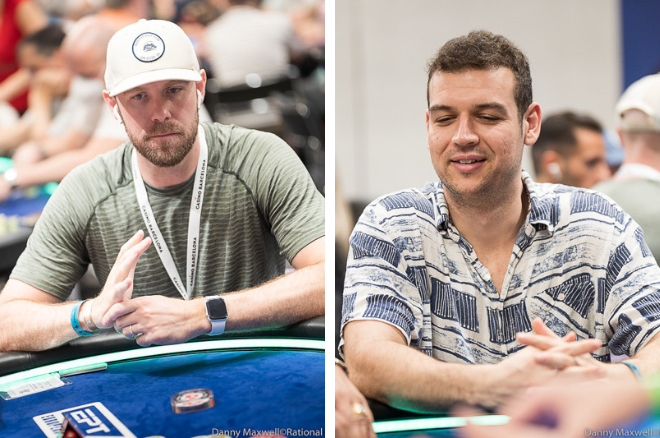 The ESPT Main Event has seen its six starting flights merge into one field for Day 2 and will reach its conclusion Sunday, August 14. The first single-day high roller event of the series however, will play out in its entirety, finishing only when a winner is crowned.

As it stands, there have been 37 entries in the first five levels. As always, be sure to head to our live reporting hub to keep up with the latest action.

Two players who’ve had a dream start to the €25K are Seth Davies and high roller boss Michael Addamo.

The Australian saw his starting stack double in size after outdrawing Sirzat Hissou. All the chips got into the middle on the river of the

board, with Addamo holding five-four offsuit for a wheel. Hissou had ace-three suited and sent his hand into the muck after the pot headed towards his opponent.

Davies then sent Ben Heath to the rail after a classic pre-flop encounter. Heath had pocket kings and was up against Davies’ big slick. An ace came on the flop to put the American in the lead and the board ran out with bricks in favour of Davies.

Then just before the first break of the day in the high roller, Addamo was seen adding more chips to his ever-increasing stack. Pascal Lefrancois fired a triple barrel bluff on the

board, emptying the clip on the river. Addamo snap-called with his six-five suited to take the pot down with quads and boost his stack to 450,000.

A host of pokers elite players are also taking part, with the likes of Nick Petrangelo, Dan Smith and Mikita Badziakouski all registered in the event. 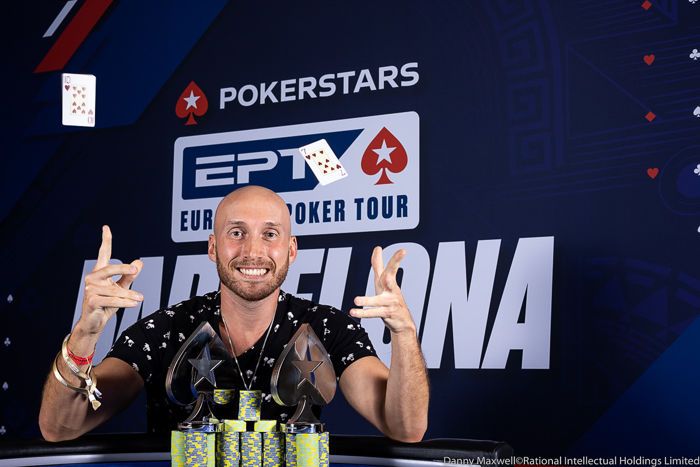 One player who has had a week to remember already in Barcelona is Francisco Benitez. The Uruguayan has already picked up two spadie trophies inside the last week, emerging victorious in the €10,200 Mystery Bounty and €25,000 No-Limit Hold’em events.

Benitez also has a stack in the ongoing €25K, however he currently only has 51,000 in chips. He will need to spin it up if he wants to make hat-trick of wins in three consecutive events.