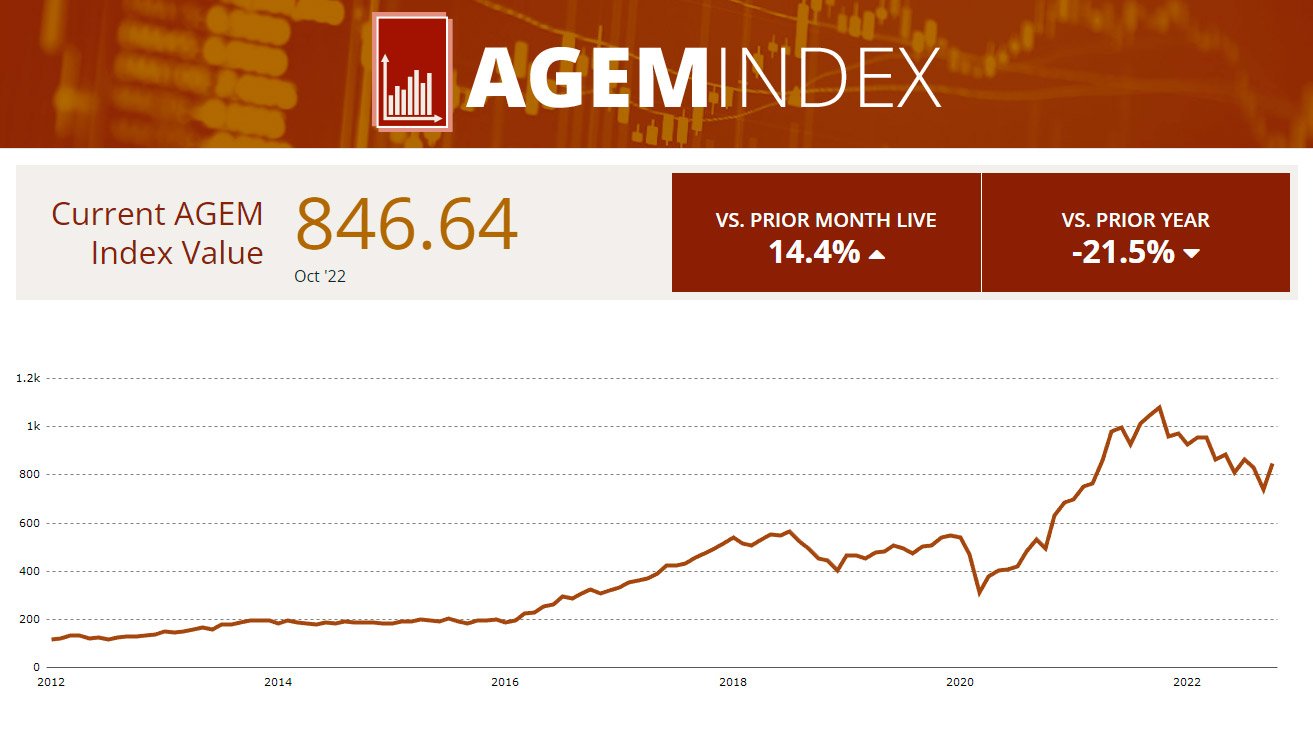 The Association of Gaming Equipment Manufacturers (AGEM) announced Monday its AGEM Index activity and results for October 2022, which showed an increase of 106.87 points to 846.64, a 14.4% improvement from the prior month. Compared to the same period last year, however, the index was down 231.28 points, or 21.5%.

The largest positive contributor to the monthly index was Aristocrat Leisure Limited, whose 12.6% increase in stock price led to a 35.62-point gain to the index. Light & Wonder contributed a 29.78-point increase to the index as a result of a 30.9% surge in its stock price.

The largest negative contribution was by Konami, whose 2.3% decline in stock price resulted in a 5.20-point loss for the AGEM Index.

All three major U.S. stock indices saw month-over-month increases in October 2022. The Dow Jones Industrial Average increased by 13.9% from September, while the S&P 500 grew by 8%. Meanwhile, the NASDAQ rose 3.9% over the month.