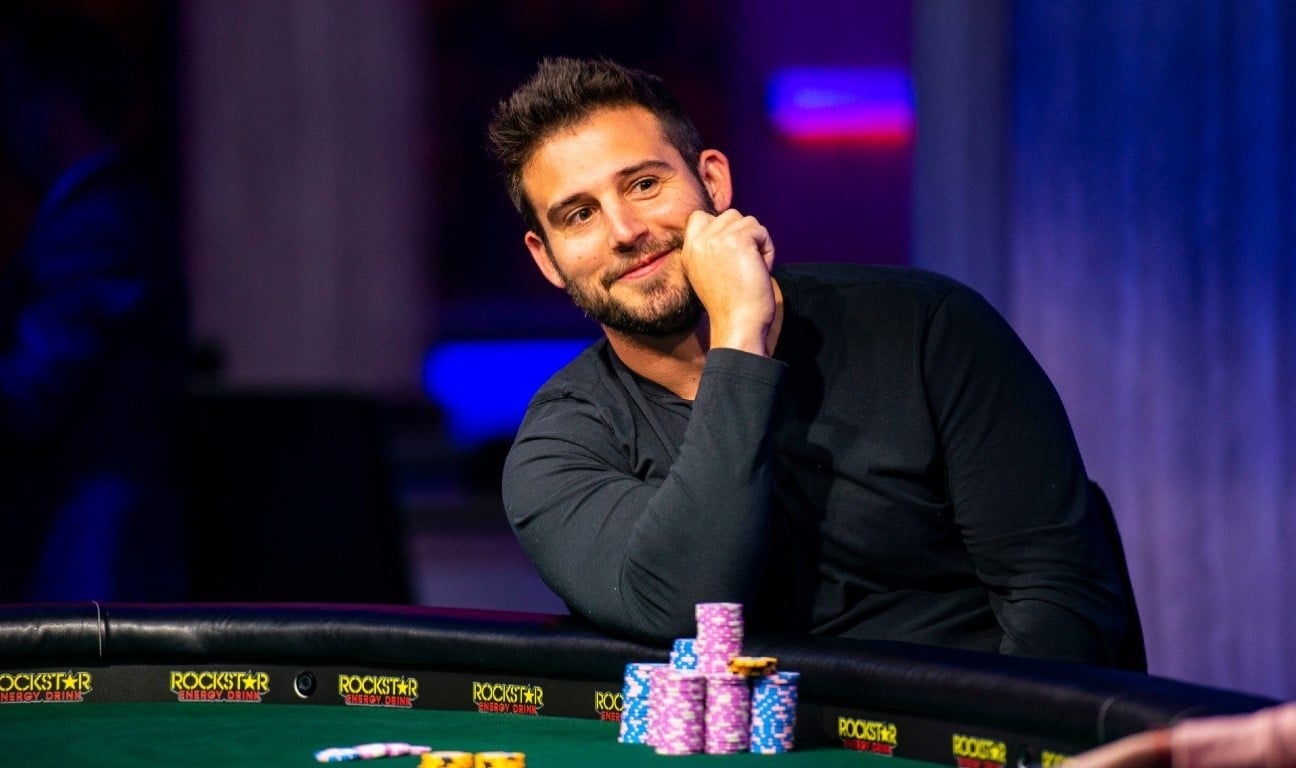 Poker pro Alan Keating’s very first win on the Hustler Casino Live livestream included what Poker News is calling, “The biggest pot in US livestream poker history.” He scooped up $1.158M cash in heads-up action against the player known only as “Handz”  during a session on Thursday night in Gardena, Calif.

Alan Keating, left, agonizes over his next move against fellow poker pro Handz before he scoops up a record $1.2M livestream pot on Thursday on the ‘Hustler Casino Live’ stream. (Image: World Poker Tour)

Though Keating finished the session up more than $500K, he spent most of a post-victory interview criticizing his own play.

I think I’ve got to change how I start because I’m finding myself in these holes,” he told Hustler Casino Live. “It’s kind of fun getting your way out, but it’s a challenging way to play.”

Keating, known primarily for his World Series of Poker participation, doesn’t seem to enjoy the limelight much. He keeps a tight lid on the details of his personal life. About all that’s known about him is that he hails from Bloomfield Hills, Mich., and is worth about $3 million.

After Handz bet $70K on the 4 of diamonds turn, Keating check-called and the pair went heads-up with $227K in the pot. At this point, Keating had a 36% chance of winning to Handz’s 64%. The river gave Keating his flush with a 7 of spades.

Keating bet into Handz with $155K. Handz raised to $464K, forcing Keating all-in if he wanted to continue. Keating took two minutes to decide whether to make the call.

Keating said that after betting the river, he thought it would be interesting if Handz shoved.

“Then when he did, I was like, ‘OK well, maybe I should have thought that out further,’” he said.

A Hand for the Hand

Many poker players are now going to have second thoughts before making that naked ace-bluff shove,” added Andy Stacks.

Keating, though, turns out to be his own worst critic.

“It felt all right, I don’t know,” Keating told Hustler Casino Live. “I had the king-high flush. I’m not going to act like I thought of some brilliant thinking. I just called.”