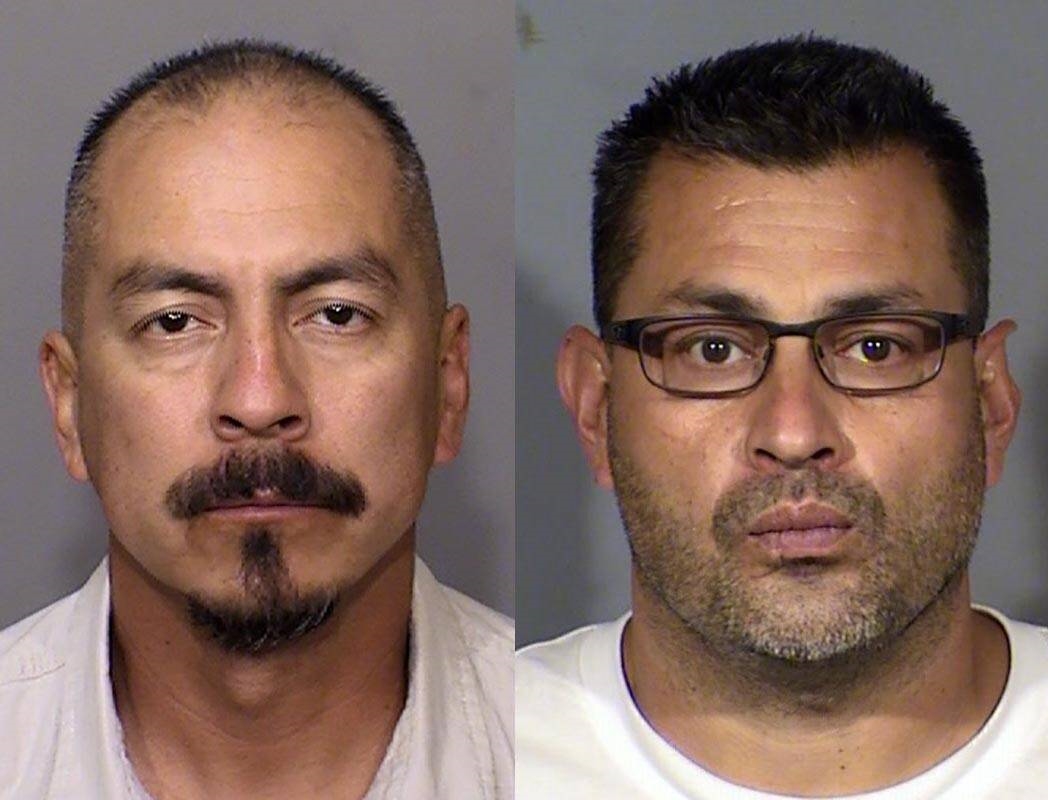 Two defendants both charged in a July murder at Nevada’s Aquarius Casino Resort allegedly failed to turn up for a scheduled court appearance last week. The hearing was rescheduled for Feb. 24 in Laughlin, Nev. Justice Court.

Julio Ceasar Arrezola Rodriguez, left, and David Cruz, pictured above, in mug shots. Both allegedly failed to show up for recent court appearances in connection with a casino murder. (Image: LVMPD)

Neither Julio Ceasar Arrezola Rodriguez, 47, nor David Cruz, 45, appeared either in person or by internet for the scheduled hearing, Mohave Valley Daily News, a local newspaper, reported. Both are out on bond.

Their attorneys and lawyers from the district attorney’s office both showed up to Laughlin Justice Court last week. Justice of the Peace Pro Tem Kyle Waite chose to continue the preliminary hearing.

Each of the defendants is charged with open murder. The death took place during a July 30 fight at Aquarius Casino.

The melee started as a verbal argument. It grew into a physical confrontation on the Laughlin casino’s gaming floor.

The two suspects allegedly hit, kicked, and stomped on Alejo Jack Areyan after he fell to the ground and then remained motionless. Areyan kept on getting beaten, police said.

Areyan’s injuries left him unconscious. He later succumbed from the injuries, according to the Daily News. He was pronounced dead at Western Arizona Regional Medical Center in Bullhead City.

Cruz was remanded into custody on Aug. 26. Rodriguez was arrested on Nov. 18. Cruz’s $250,000 bail was posted on Sept. 21. Rodriguez was released on bail on or before Dec. 2. The amount of his bail was not immediately available.

Even though Laughlin is some 75 miles southeast of Las Vegas, the Las Vegas Metro Police have jurisdiction over the city. LVMPD detectives handled the homicide investigation.

The fact that the court let Cruz out on bail angered the victim’s relatives last year.

The DA [Clark County Chief Deputy District Attorney Bishop Pesci] asked for bail to be denied. But the judge granted bail. He should never have been let out on bail,” Rosemary Flores, Areyan’s sister-in-law, told the Daily News in September.

Flores added that Areyan only got involved in the incident to assist someone else. He then got attacked, she adds.

Jasmine Arayan, Alejo Areyan’s daughter, further told the Daily News they want “to get the justice we deserve.”