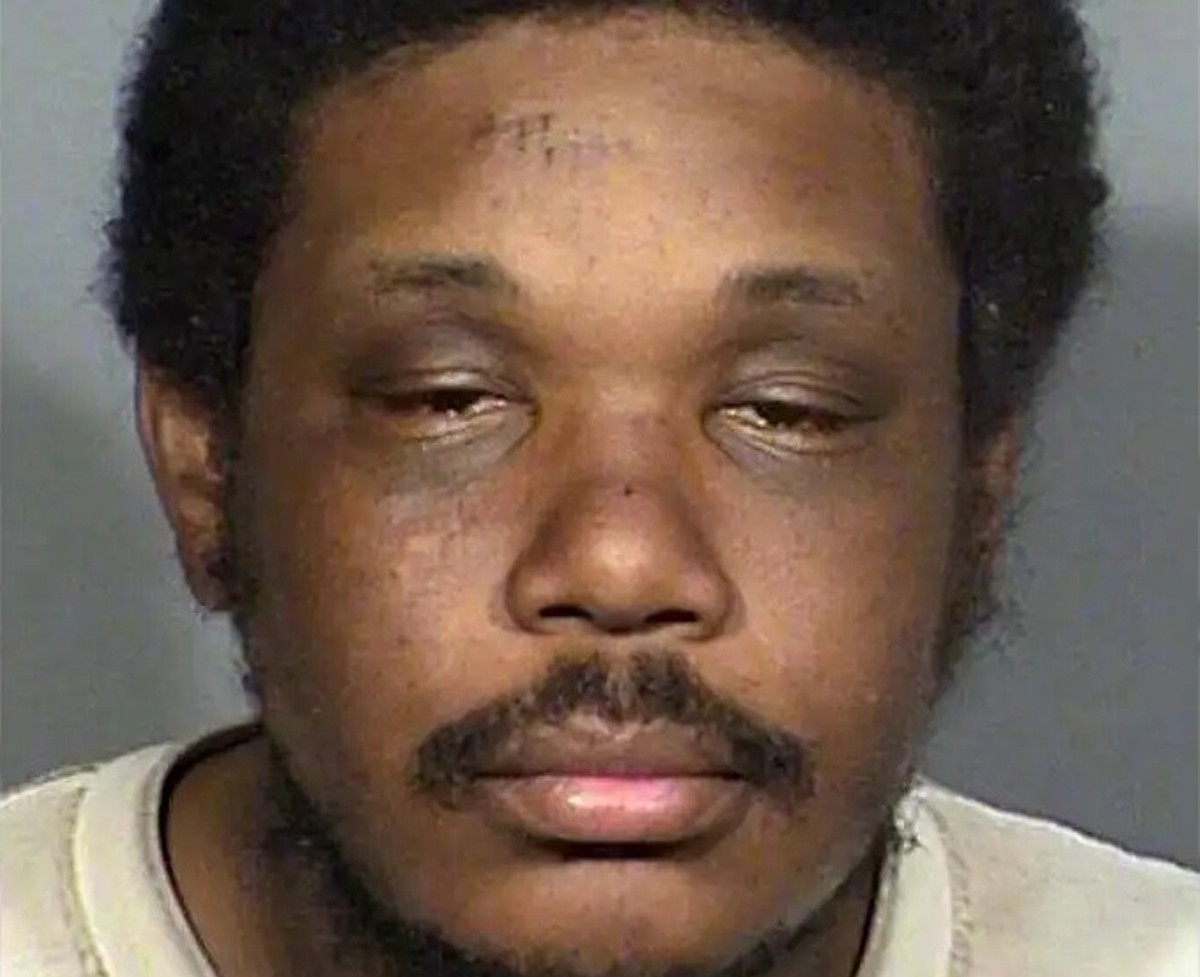 “Give me hundreds or I’ll shoot you!” is what 37-year-old Jared Allen-James Booth yelled at a casino cage manager at Caesars Place early on Jan. 9, according to the newly published arrest report.

According to the Las Vegas Metropolitan police, the manager immediately complied with the request by opening the cash register and handing Booth two banded stacks of $20 bills totaling $4,000, stating that was all he had. In the process, however, the manager was able to push the panic alarm button without Booth’s knowledge.

Booth walked with the cash to the valet area of the Strip casino, where he was met by Las Vegas police and casino security guards who placed him in handcuffs and escorted him to a security holding room.

“If I get loose, I’m going to shoot you in the head!” Booth told his captors, according to the report.

Booth was arrested and booked into the Clark County Detention Center, where he is being held on $25K bail. When he appears next in court on Jan. 25, he faces a charge of robbery with a deadly weapon.

When Booth arrived at the jail, police said, he was smiling and claimed he did not recall the robbery.

In August, Booth pleaded guilty to battery on a protected person and served 16 days in jail, according to court records.

And finally, on Nov. 9, a Resorts World casino cage was robbed of $6K. (On Nov. 16, police arrested Zubaid Al Jarmi, 25, for the crime. Jarmi was on probation for robbing the Venetian Resort casino cage in 2020.)

This is not even the first recent cage robbery at Caesars Palace. In 2019, a similar robbery occurred when a man entered the casino, demanded money from a cashier and escaped with an undisclosed amount of money.

Each of the casinos named has a staff of security guards. However, insuring that a gun is never fired inside a casino is a much higher priority than preventing a robbery. So employees are trained not to resist demands made by criminals. Instead, an extensive series of surveillance cameras is relied upon to record everything happening  inside the casino from dozens of angles.

The Las Vegas Metropolitan Police Department continues to investigate all unsolved robberies. It appears that no suspects have been charged in these prior heists yet.