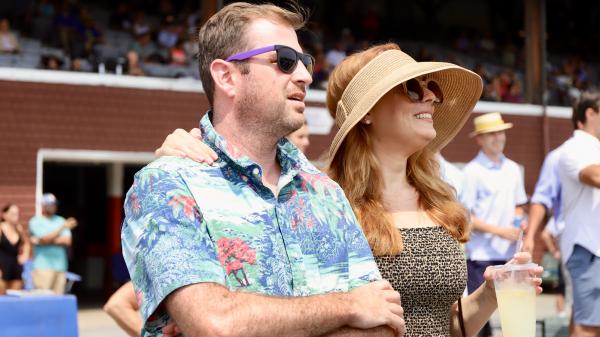 #11 Field Pass: Draws toward the outside in here, but I don’t really view that as a negative thing with how much early speed this colt has and how he has navigated outside post positions before. With quite a bit of speed entered, and at least a few horses likely to be vying for the front end, a stalking trip just off the pace could prove extremely advantageous for this runner who is coming off a career best Brisnet Speed Figure of 102 in his most recent outing.

Although he has been a little camera shy thus far this year, I’m willing to chalk that up to the competition he’s been up against and expect a huge effort on a huge class drop out of the graded stakes ranks.

#7 Our Secret Agent: This is a really deep field and a very competitive race to handicap. Ultimately, I kept going back to this filly who has already proved herself racing on the all-weather surface with a graded stakes win on this surface in her most recent outing. It helps that she’s hit the board in all eight tries on Tapeta and has never ran a bad race.

Look for this filly to get away somewhere midpack and wait for her moment to pounce down the lane. Jockey Kazushi Kimura has ridden her perfectly in both tries and I like that he remains on board on Saturday as the meet’s top jockey.

#6 Newgrange: This is a difficult race to try and handicap due to most of the field making their parimutuel debuts. I landed on this runner who I think could offer a little bit of value at post time and has shown more than enough in the morning works to indicate he could be good to go at first asking.

I expect this colt to possess and show off some early speed for trainer Bob Baffert, who has been fantastic with first-time starters clicking at a 35% rate along with 37% for horses debuting in the maiden special weight ranks through a big sample size of more than 200 runners.

#7 Trobairitz: Unlike the maiden sprint above in which I’m OK trying a horse set to make his racing debut, I tend to prefer horses with racing experience for maidens trying their luck routing. I landed on this filly who is a huge question mark. She’s raced really well on the turf in her two most recent outings – just missing in both – but now tries her luck on the dirt for the first time.

Her recent workouts have looked good and I think she is very capable of taking that big step forward with the surface change and should offer a lot of value to place a wager across the board.