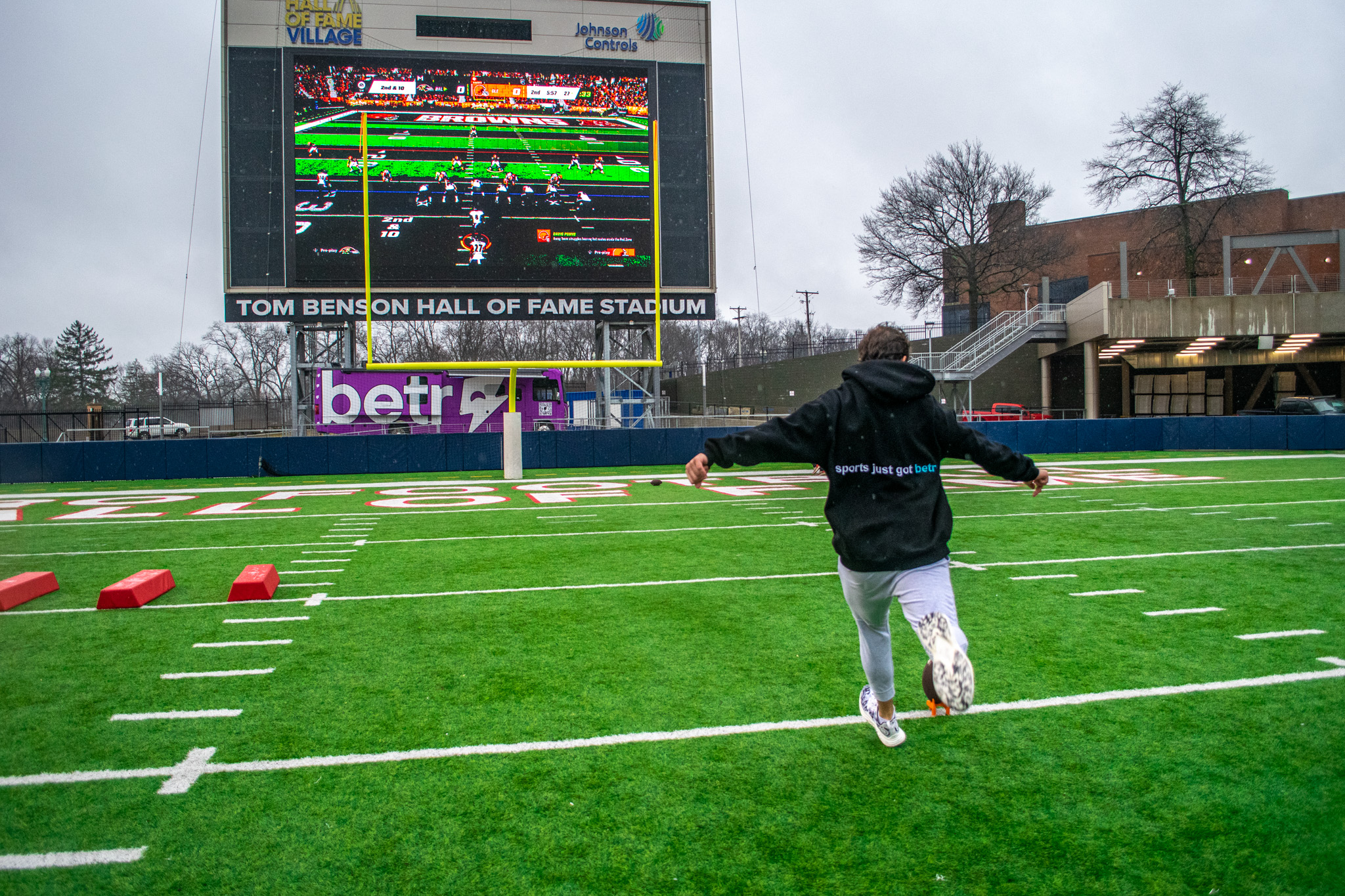 Betr, the US-based online sports betting startup focused on in-game wagering, announced Friday that it has formally launched in Ohio.

The company cofounded by professional fighter and social media influencer Jake Paul and entrepreneur Joey Levy was officially licensed in the state as of last month. It began what it called a soft launch on Jan. 1, the same day other sports betting apps and retail sportsbooks began taking bets in Ohio.

With its formal launch, Betr said it has now activated user deposits and withdrawals.

Levy, in a statement, noted Betr is now the fastest startup to get licensed in a state and begin taking real-money bets. Both he and Paul first announced in early August their plans to start a sportsbook focused on in-game wagers, also known as microbetting, with $50 million in funding. That means users can wager on outcomes of specific plays and drives in NFL games, possessions in NBA games, and pitches and at-bats in an MLB game.

This launch marks the beginning of our gradual, methodical approach to state-by-state expansion where we will take the time necessary to discover and validate product-market-fit of our highly differentiated product experience to ensure we scale in a profitable manner,” said Levy, who serves as Betr’s CEO.

Betr’s official launch follows the company clearing a key milestone for licensure in a second state. The Massachusetts Gaming Commission found that the Miami-based operator’s application has met the guidelines to be considered for an untethered online sports betting license in the state. The commission is expected to consider applications from Betr and other qualified applicants this upcoming week.

Betr also has a market-access agreement in Indiana.

Besides the sole focus on microbetting, Betr looks to stand out among US sports betting operators in other ways.

Levy has touted the company’s plans to not accept credit cards for deposits and place limits on how much users ages 21 to 25 can deposit. Those are seen as ways Betr will promote responsible gambling practices.

But Betr also is looking at different ways to acquire customers. The primary driver for that will be Betr’s original media content, which is what the Cleveland native Paul is leading.

“People are going to love watching and rooting for bets tied directly to their favorite players, whether it’s a Donovan Mitchell 3-pointer, a Ja’Marr Chase 50-yard bomb, or a Jose Ramirez home run,” said Paul, who is Betr’s president. “Betr makes every game more fun by adding these stakes throughout.”

Qualifying bets are defined as wagers of at least $5, and the selection must have odds of at least 4-5. That’s -125 in American odds, or 1.8 in decimal odds, the format Betr uses. The streak must also conclude by Feb. 12, Super Bowl Sunday

For perspective on just how difficult a feat that is to accomplish, if you were to initially bet $5 and wager your winnings for 30 bets, you would win nearly $227.6 million. That equals odds greater than 1-in-45.5 million. Now, you don’t have to bet your winnings as part of your streak. Still, winning 30 bets in a row will be nearly impossible.

Should no one go 30-for-30, Betr will award a grand prize of $50,000 to the Ohio bettor with the longest winning streak on qualifying bets – provided the longest streak is 10 bets or longer.

Betr continues to offer a free-play game in most parts of the country. Those users can play for a $10,000 prize if they have a streak of 10 or more winning picks through Super Bowl Sunday.