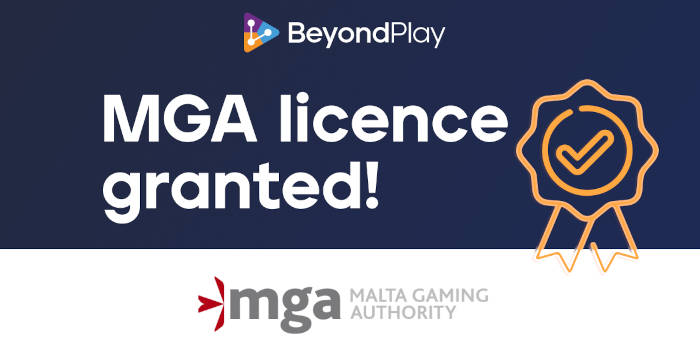 BeyondPlay Obtains MGA License and Prepares for Launch with Operators

The news coincides with a confirmation by BeyondPlay that the company has launched a new jackpot engine to help with community-focused products currently in development. The engine will help turn solo gameplay into outstanding multiplayer sessions.

BeyondPlay COO Jacqui Gatt hailed the success and said that the company appreciated the recognition granted by the Malta Gaming Authority. Gatt also acknowledged the difficulties that BeyondPlay had to experience.

Significant Milestone as BeyondPlay Prepares to Build Up

For starters, the company lacked a dedicated Compliance Team until recently and management was tasked with ensuring that all products conceptualized and brought to life by BeyondPlay were in fact on par with market standards. This led to an excessive workload for management, but things are finally beginning to look up.

Gatt paid his thanks to the MGA and the advisors from Helix Partners who were brought in to help clear this milestone. Gatt further noted:

It’s especially thrilling to know that we are now taking these important final steps on the path to seeing our solutions going live, with Jackpots planned for launch with multiple operators early next year.

The addition of the jackpot engine will also be available to partner casinos moving forward who wish to access the product via “a software-as-a-service” model. BeyondPlay has confirmed that even ahead of the launch of the product it has already been able to establish several tier-one partners.

Some of the partners that have agreed to work with the company include ComeOn Group, Soft2Bet, and others. The jackpot product is expected to go live with them before long and in the first quarter of the new year. BeyondPlay founder and CEO Karolina Pelc further hailed the success of the company.

Pelc said that she felt passionate about building a robust gamification solution that has not been seen anywhere else. Thanks to the upcoming partnerships with the aforementioned high-profile partners, Pelc is confident that BeyondPlay and its products will gain a significant awareness boost.

While the MGA license is a significant step forward for BeyondPlay, it’s not the only one that the company has planned for the future. The company is similarly working on obtaining a license from the UK Gambling Commission.

BeyondPlay is confident that it can expand in North America and is applying for a license in Ontario as well as different jurisdictions in the United States.