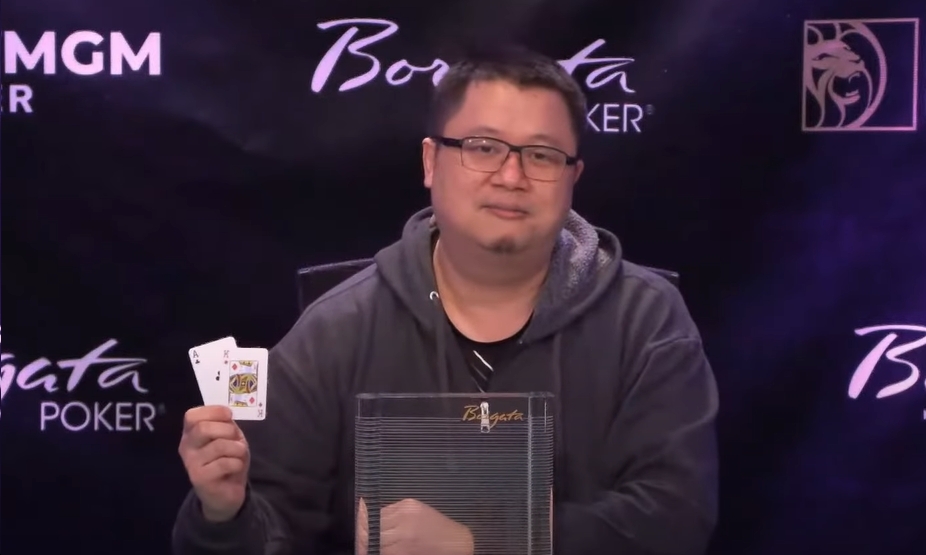 A big win at the Borgata ended the biggest downswing of Bin Weng’s life and made him the first million-dollar poker winner of 2023.

Weng took down The Return, a $5,300 tournament which was part of a seven-day festival at the Borgata in Atlantic City. Alongside three other events, including a $1 million bounty tournament, The Return promised one player a positive start to the year.

It certainly delivered on that promise. The allure of a $3 million prizepool and $1 million top prize attracted 1,142 entries. That turnout meant eight of the final nine received a six-figure payout. However, when the chips had fallen on January 8, it was Weng who took home the winner’s trophy and $1 million.

Weng, a Philadelphia native, had just short of $2 million in live tournament earnings prior to the Borgata’s first major of 2023. However, after coming through the masses to win the title, he admitted things hadn’t been going well in the latter half of 2022.

“I feel like I was supposed to get this one because for the past six or seven months it was the worst downswing. I took a whole month’s break in December and tried to figure out what my leaks were,” Weng told the Borgata’s media team.

The Return at the Borgata final result

Weng’s return to winning ways is apt given the tournament’s name. However, he hopes the result isn’t a fleeting victory.

“I love Borgata and I’m really grateful for the opportunity to win the biggest tournament I’ve ever played right near my home. I hope this heater continues,” Weng said.

From downswing to winning return

Securing his biggest payday in poker was far from easy. Weng is a regular at the Borgata and he had to outlast some of the casino’s toughest regulars, as well as traveling pros like Anthony Zinno and 2015 WSOP Main Event winner, Joseph McKeehen.

However, in the end, no one could stop Weng. Sundiata DeVore put up some resistance but he eventually lost his stack with A♦ Q♥ in a cooler hand.

Weng called his opponent’s all-in and quickly tabled A♣ K♦. A king on the flop virtually ended the hand and, by the turn, it was all over. Weng and DeVore shook hands and, with that, we got our first poker millionaire of 2023.