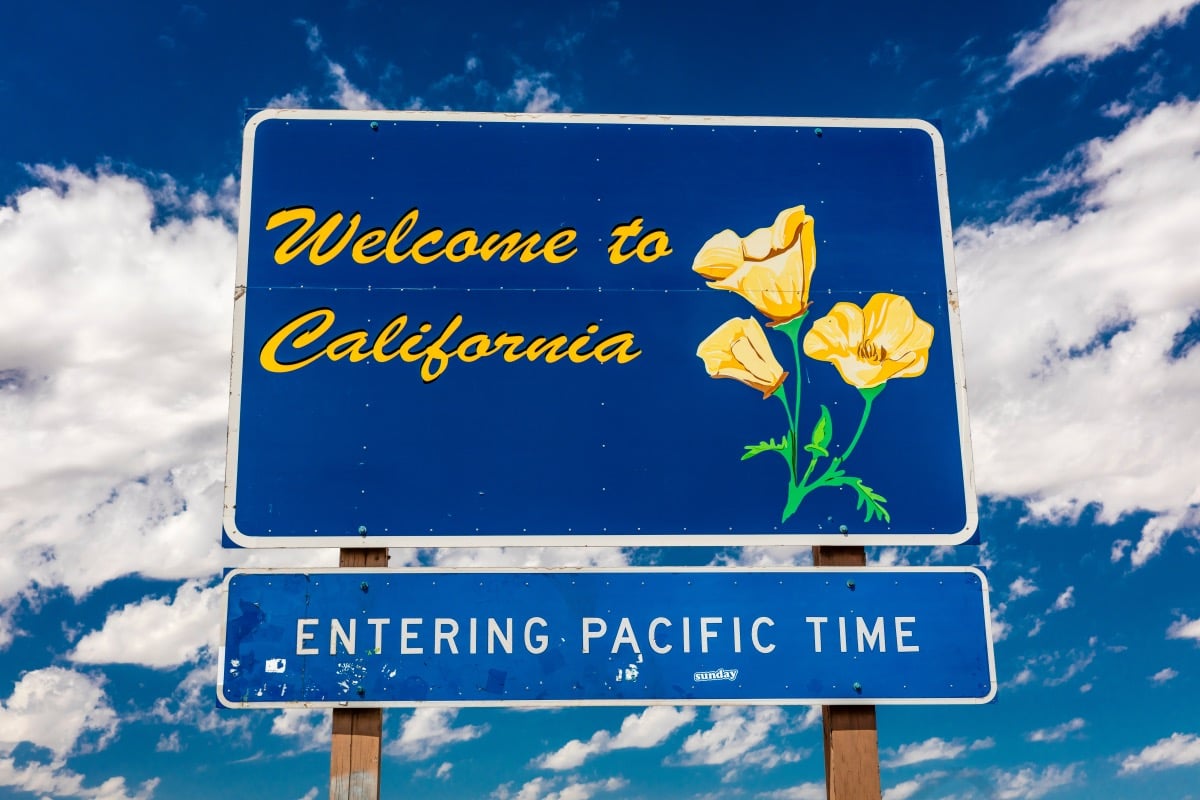 Another group has come out against the online sports betting measure that will go before California voters in November.

A Welcome to California sign on Interstate 10 just past the Arizona state line. On Friday, the California State Association of Counties announced their opposition to a proposed constitutional amendment that would legalize online sports betting in the state. (Image: spiritofamerica/Adobe Stock Images)

On Friday, the California State Association of Counties (CASC) announced its opposition to Proposition 27, a measure to amend the state’s constitution and allow online betting statewide. The group’s executive director stated in a release by “Californians for Safe, Responsible Gaming,” a tribal-backed committee that opposes Prop 27.

Prop 27 is being offered by seven national sports betting operators. Their proposal allows national operators to acquire an online sports betting license for $100 million, and the state would enact a 10% tax on gaming revenues. According to the initiative, 85% of the tax revenue generated would go to support programs to combat homelessness and support mental health programming.

California’s counties are on the front lines of the homelessness and mental health crisis, providing safety-net programs and services for unhoused residents,” said Graham Knaus, the association’s executive director, in a statement. “We carefully reviewed Prop 27 and concluded it’s a bad deal for counties and for California. Make no mistake, Prop 27 is NOT a solution to homelessness.”

A review by the California Legislative Analyst’s Office projected the measure, if it passes, would generate up to $500 million in revenue, although not all of that would necessarily be considered “new,” since bettors may spend less on such products as the lottery or retail goods subject to the state sales tax. “Coalition for Safe, Responsible Gaming” argues that 90% of the profits generated by the sportsbooks would end up going out of state.

CASC is the latest group to come out against Prop 27. It joins the California League of Cities, both the state Democratic and Republican parties, key teachers’ unions, top legislative leaders, and numerous business, labor, civic, and social service organizations.

Prop 27 is one of two sports betting-related measures on the Nov. 8 ballot. In addition, there’s Proposition 26, which would allow tribal casinos and state-licensed racetracks to host retail sportsbooks. Prop 26 would also allow tribal casinos to add roulette and dice-based table games at their properties.

Prop 26 also would allow private entities to use the Private Attorney General Act (PAGA) to go to court directly and attempt to stop what they allege to be illegal gaming activities. That part of the measure has drawn criticism and opposition from state-licensed cardroom casinos, which believe they would be targeted under that provision. It is also challenged by leaders from several cities across the state that rely on cardroom casinos for their revenue.

With two sports betting measures on the same ballot is the country’s most populous state, it’s led to a hard-fought campaign between the various sides as they try to get their message out to voters.

Between the groups, more than $394 million has been raised through the beginning of this month.

Just this week, according to data from the California Secretary of State’s Cal-Access database, FanDuel contributed another $6 million, and DraftKings added $999,945 to “Californians for Solutions.”

The “Coalition for Safe, Responsible Gaming,” which is also a pro-Prop 26 group along with its opposition to Prop 27, has raised $104.2 million from 10 tribal nations. Most of that funding has come from the Federated Indians of Graton Rancheria ($35.2 million), the Pechanga Band of Indians ($25.3 million), the Yocha Dehe Wintun Nation ($20.2 million), and the Agua Caliente Band of Cahuilla Indians ($10.1 million).

“Californians for Tribal Sovereignty,” another tribal-led group that opposes Prop 27, has raised $91.2 million, with $78.1 million coming from the San Manuel Band of Mission Indians.

The other group involved in the debate is “Taxpayers Against Special Interest Monopolies,” an anti-Prop 26 group funded by cardroom casinos. That group has raised $41.9 million.