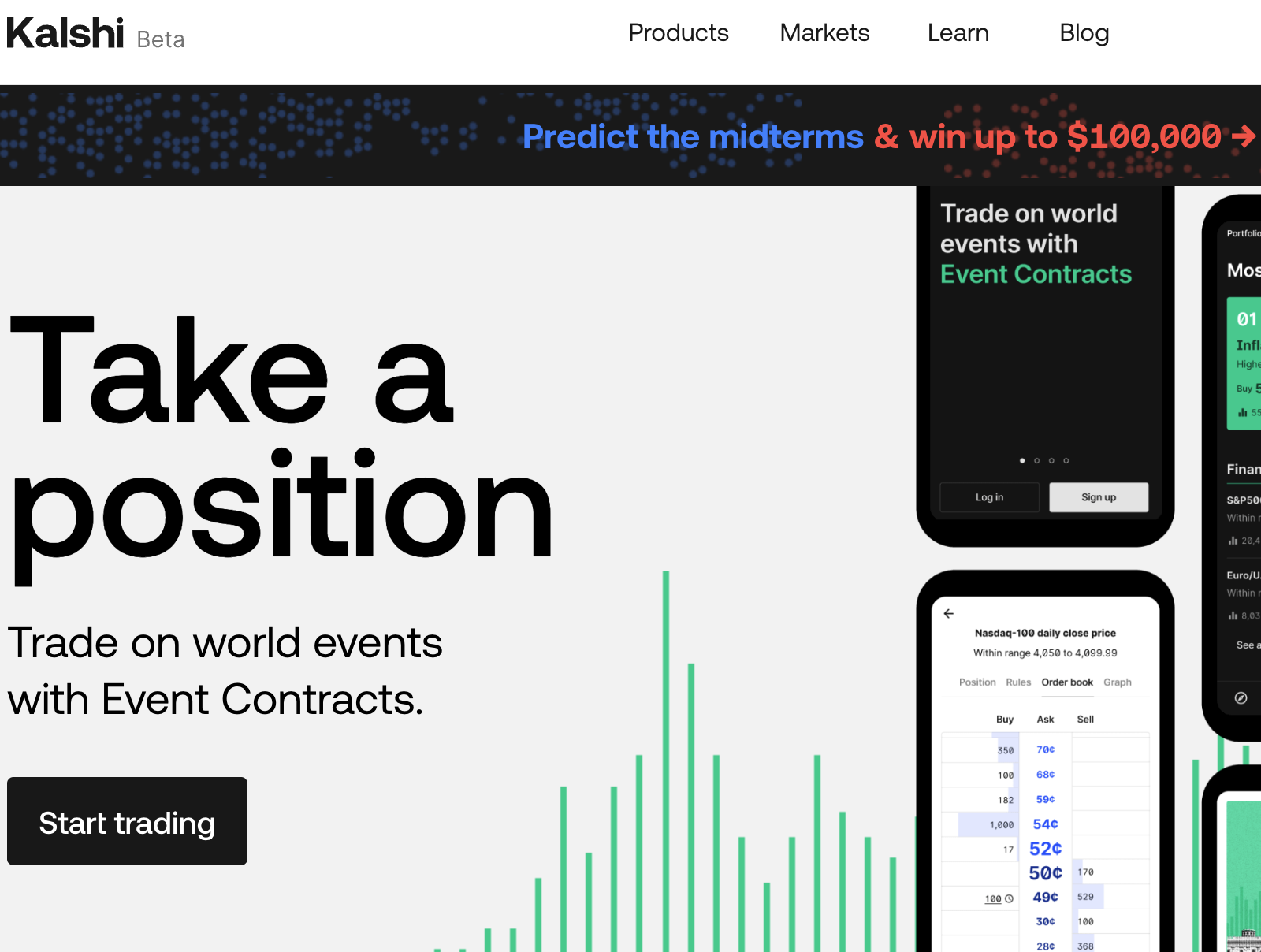 Staff from the US Commodity Futures Trading Commission (CFTC) reportedly has recommended against recommending a request by online exchange operator Kalshi to offer markets tied to congressional election outcomes.

Kalshi wanted to offer markets on which political party controlled the US House and US Senate after each election. Its exchange already offers markets on events like weather disasters, transportation data, and unemployment data. Those markets offer contracts for various positions. Positions that are correct are paid out at $1 per share, but traders can buy or sell positions up until the market closes, allowing them to cash out profits or stop losses.

In late August, the CFTC announced it would hold a 30-day public comment period on the application and then “endeavor” to decide by Friday. Kalshi leaders urged people to submit their comments and even launched a free-play contest with a $100,000 prize if they could correctly pick the 35 US Senate and 435 US House races. Failing that, the top picker will receive $25,000.

Kalshi co-founder and CEO Tarek Mansour has not publicly commented on the Bloomberg report.

Earlier in August, the CFTC announced that it had pulled a “No-Action” letter it offered organizers of PredictIt, an online political futures exchange, in 2014. In that letter, it called for all markets – including ones for the 2024 election cycle – to be liquidated by Feb. 15, 2023.

In wake of that decision, PredictIt, along with some traders and college professors who use the site for research, filed a lawsuit in a US district court in Texas. The exchange is seeking to quash the letter ordering the liquidation. On Sept. 30, the plaintiffs filed for a preliminary injunction that would suspend the order to liquidate futures markets.

The plaintiffs have also requested a hearing in front of US District Judge Lee Yeakel to hear arguments about the injunction.

The CFTC has responded to the lawsuit by seeking a change of jurisdiction to the District of Columbia, where the federal agency is located. Then on Friday, the same day as the Bloomberg report, the commission also filed a motion in the Western Texas federal court to dismiss the case entirely.

In the motion to dismiss, the CFTC argues that the Aug. 4 letter sent to PredictIt’s creator, Victoria University of Wellington, NZ, was not a “final agency action” against the market.

No-action letters are informal, staff-level statements that the issuing staff, as an exercise of their discretion, will refrain from recommending that the Commission take an enforcement action so long as certain conditions are met,” the CFTC said in its motion. “Under CFTC regulations, a no-action letter does not bind the Commission or any staff division but the one that issues it, and the Commission itself does not vote on or issue them. By their very terms, no-action letters (and letters withdrawing them) carry no legal consequences for their beneficiaries or anyone else, and that is what the University chose.”

The CFTC also claims the plaintiffs lack the standing to bring the lawsuit because the “beneficiary” in the case is Victoria University. The university is not a party to the case.

Future for Political Trading in the US

While Kalshi has not commented on the CFTC report, those involved in US political trading markets had plenty to say.

One of the more prominent voices is Pratik Chougule, a trader and a commentator on Star Spangled Gamblers. Early Saturday, just hours after the news broke, he posted a series of tweets explaining why he felt Kalshi’s approach was “very risky” and what he saw for the future of political trading.

“You have smart people from the outside who think they can come to DC and hack the system as if it’s an engineering problem,” Chougule tweeted. “There’s an entire industry of lawyers and lobbyists who see a chump, see a big retainer, and are happy to promise the world but can’t do anything.”

In its letter to the CFTC requesting approval, Kalshi included data from an “unregistered” operator acting on a 2014 No-Action Letter. That operator had more than 29 million contracts on congressional control in the 2020 election cycle.

The operator was not named in the letter, but it was clear that it was PredictIt.

My reaction and analysis in the recording below on @ElleBeyoud’s report that @CFTC staff have recommended rejecting @Kalshi’s application for election markets. https://t.co/JAuSmH8NOi

“One of the consequences of @Kalshi’s legal and regulatory strategy is that they, in effect, forced @CFTC’s hand in terms of @PredictIt’s no-action letter,” he added. “What serious university with a good reputation now in this legal minefield is going to put their brand on the line to do this? I hope I’m wrong, but I don’t see it.”

Chougule added that the technology is moving faster than the US government can react in trying to quash such markets. He doesn’t think American regulators or lawmakers will provide clarity. Still, he thinks entrepreneurs will be able to find ways to offer political futures for the people that want in on the action.