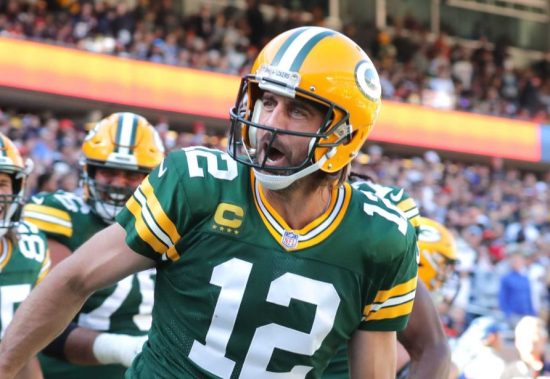 The Chicago Bears travel to Lambeau Field Sunday evening, opposing the Green Bay Packers in the latest installment of their classic rivalry.  Green Bay is a 10-point favorite, and the over-under is at 42½, according to NFL odds. Linemakers aren’t using the season openers as a measuring stick for either team’s chances.

The Green Bay Packers are coming off of a horrible opener, having lost on the road to the division rivals Minnesota Vikings, 23-7. The Vikings led 20-0, as the Packers’ offense couldn’t do anything against Minnesota’s defense. It was Minnesota’s largest margin victory over the ‘Aaron Rodgers Packers.’ Rodgers threw for less than 200 yards (no touchdowns), while running backx Aaron Jones and A.J. Dillion didn’t get much going on the ground.

Of concern by Green Bay on the other side of the ball was its pass defense. Chicago doesn’t possess a wide receiver the caliber of Justin Jefferson, That’s a good thing, since Jefferson torched the Packer secondary to the tune of 184 yards. The Bears’ Justin Fields wasn’t incredibly accurate in his team’s opener, but he made the plays (through the rain) when needed.

The Packers, quoting their quarterback, “own” the Bears of late, having not lost to Chicago since 2018 (and not at Lambeau Field since November, 2015). Green Bay is going to need to find reliable pass-catchers quickly, and the Bears would typically be a good opponent on which to experiment. Green Bay cannot afford to lose back-to-back (division) games to start the season and Rodgers is 23-5 all-time against Chicago.

The Chicago Bears were one of the surprise winners in the opening week of the season. The Bears defeated the 49ers, 19-10, in a downpour game at Soldier Field. Chicago was able to prevail against last season’s conference title game participant. It crushed quarterback Trey Lance in the first start of his career. The Bears must now prove that wasn’t due to the adverse conditions, rather the improvements to the roster. Regardless, this game should offer an insight regarding the club’s trajectory.

The concern for the Bears is that they weren’t convincing. Quarterback Justin Fields completed only eight of his 17 passes, and their leading rusher, Khalil Herbert, had just 45 yards. That weak offensive production does not work. The Bears could blame the soggy conditions for their deficient performance. However, an encore against the Packers surely gets them blown out.

It was a solid defense by the Bears last week. Linebacker Roquon Smith totaled nine tackles, one-half sack and a QB hit. The Vikings showed last week that if the defense can get to Rodgers, make it an uncomfortable pocket, he doesn’t have the safety blanket Davante Adams around and thus a Packer weakness exposed.

The Packers are better, and the Packers are desperate here. Remember, Green Bay looked beyond awful in the opener last season, then took no prisoners. More of the same is in store Sunday evening. Expect the Packers to win this one big.

However, unless the Packers’ wide receivers start to improve, the under for this game should be in play as well. The Bears have one of the worst offenses, and these teams totaled 26 points combined in their respective season openers. Do not expect a high-scoring game here, rather the Packers taking a commanding lead early in the game.