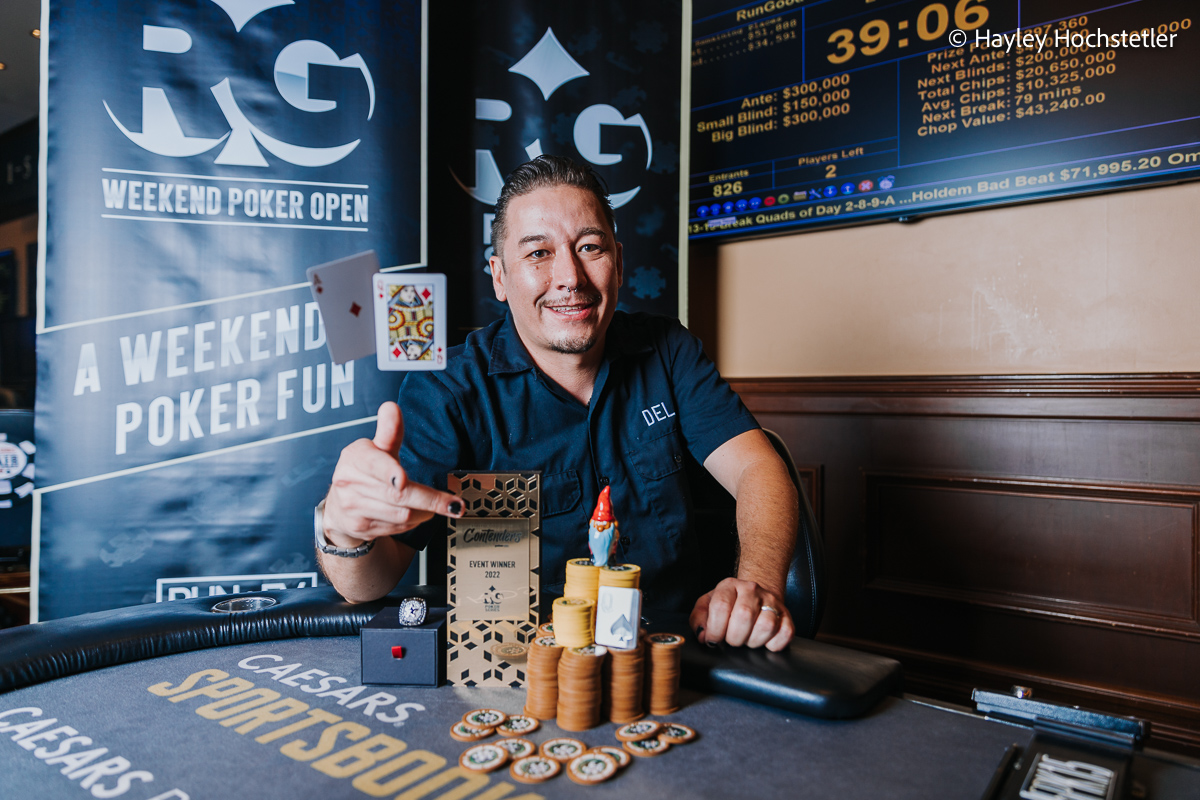 The tournament attracted 826 runners over three starting flights, which blew the guarantee out of the water. In fact, the winner took home a $51,888 first-place prize, which was more than the guarantee itself!

That winner was Derrick Plumage, who also earned an exclusive invite-only seat into the 2022 RunGood All-Stars ProAM filmed at the PokerGO Studio in December. 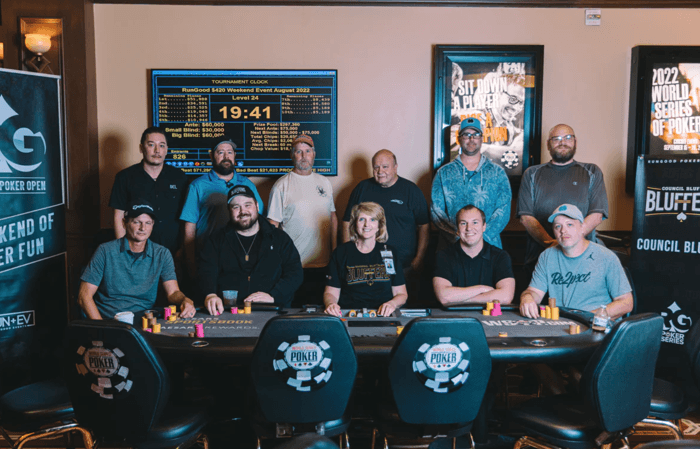 Day 2 saw 105 players return to action, all of whom were in the money. Some players who competed but failed to make Day 2 were RecPoker’s Steve Fredlund, WSOP Circuit ring winners Mark Fink and Mo Nuwwarah, and 2021 ProAM qualifier Nathan Stueur.

One man who returned was Stanley Schrier, who was a part of what many consider to be the greatest final table in World Series of Poker (WSOP) Main Event history in 2001, one that included Phil Hellmuth, Mike Matusow, and Carlos Mortensen, just to name a few.

“All the guys were real nice,” Schrier previously told PokerNews about the experience. “I think the greatest memory was when we watched Hellmuth get busted out. He cried like a baby, and ran to his dad sitting back there. I mean, he’s really a nice guy when you get him away from poker, but he can’t take it when he losses. But he’s really a nice guy, I always kid him about it.”

David Hengen began the heads-up match holding a 4:1 chip lead over Plumage, but things quickly changed. Plumage doubled on an

on the turn gave Plumage a Royal Flush and locked up the hand to even the stacks.

In what would be the final hand of the tournament, Hengen was at-risk holding pocket sixes and flipping against the ace-queen of diamonds for Plumage. The two-diamond flop gave Plumage both straight and flush draws to go with his overs, and while the turn was a brick, an ace on the river was enough to get the job done.

The RunGood team will now head to Jamul Casino for the San Diego Poker Classic, which is slated to run August 18-28. They will also return to Horseshoe Council Bluffs October 18-23, 2022 for a regular tour stop. For more information on upcoming RGPS events, visit http://www.rungood.com.

2022-08-09
Previous Post: Nuvei Adds Two New Directors to Its Board
Next Post: Maine Sports Betting On Hold 8 Months • This Week in Gambling