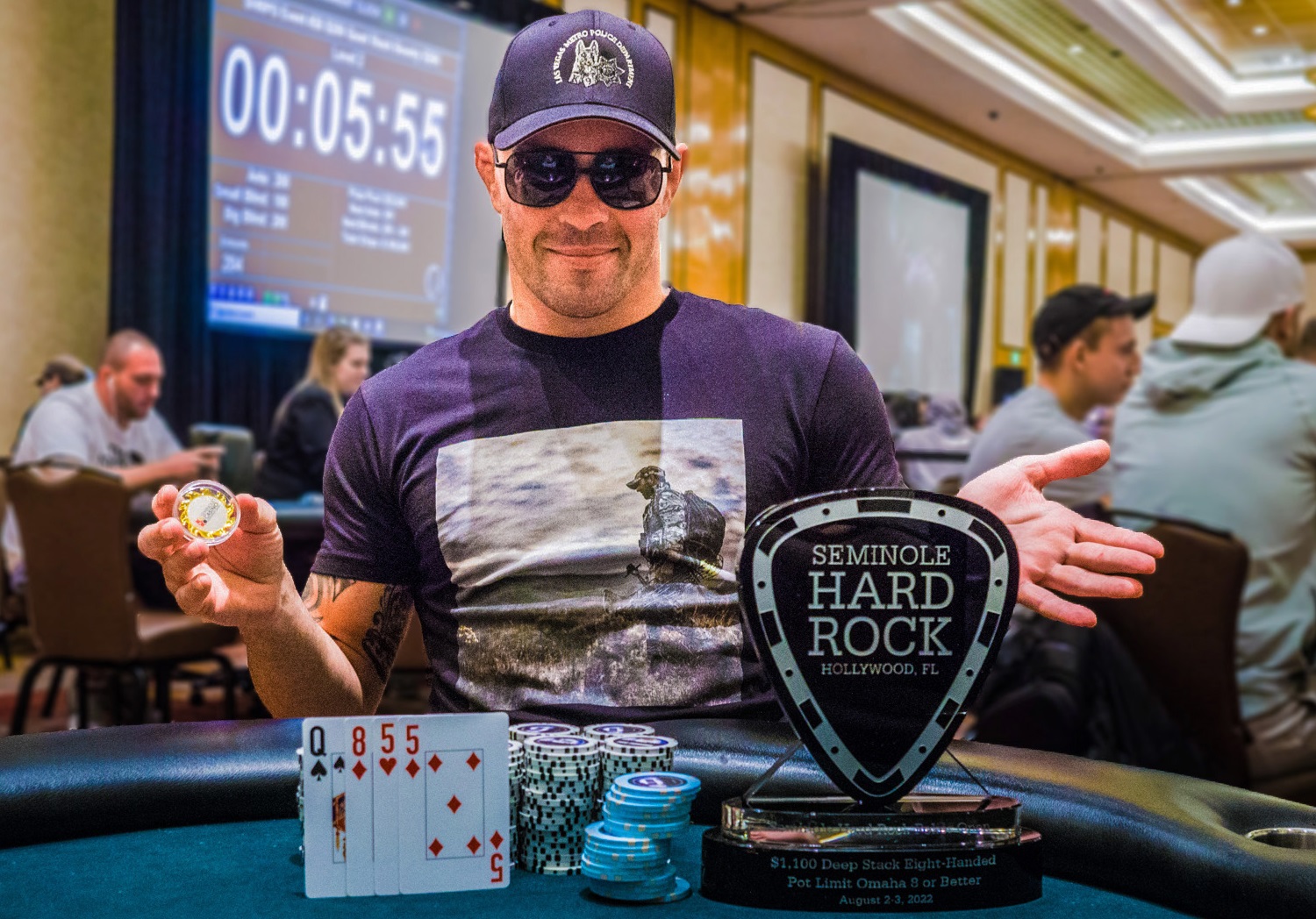 The post-WSOP lull is well and truly over as this week’s collection of Big Winners aptly proves. With Seminole Hard Rock’s latest live series attracting record numbers and Venom showing its potency once again, the hotshots listed below have raked in some impressive payouts. Add to this a bad beat jackpot and a knockout performance by UFC star Colby Covington, and it’s been another exciting week on the felt. So, without further ado, here are CardsChat’s Big Winners of the Week ending Sunday, Aug. 7.

What better way is there to win one of the biggest online MTTs in history than by hitting a royal flush? We can’t think of one, and neither can the latest Venom champion, Manuma29. The Argentinian, who has opted to remain anonymous so far, completed an impressive performance in the $2,650 event by hitting the best hand in poker. After more than four hours of action on last Wednesday’s final table, Manuma29 hit a club royal flush to finish on top of the 4,017-entrant field and win the biggest prize of his career. 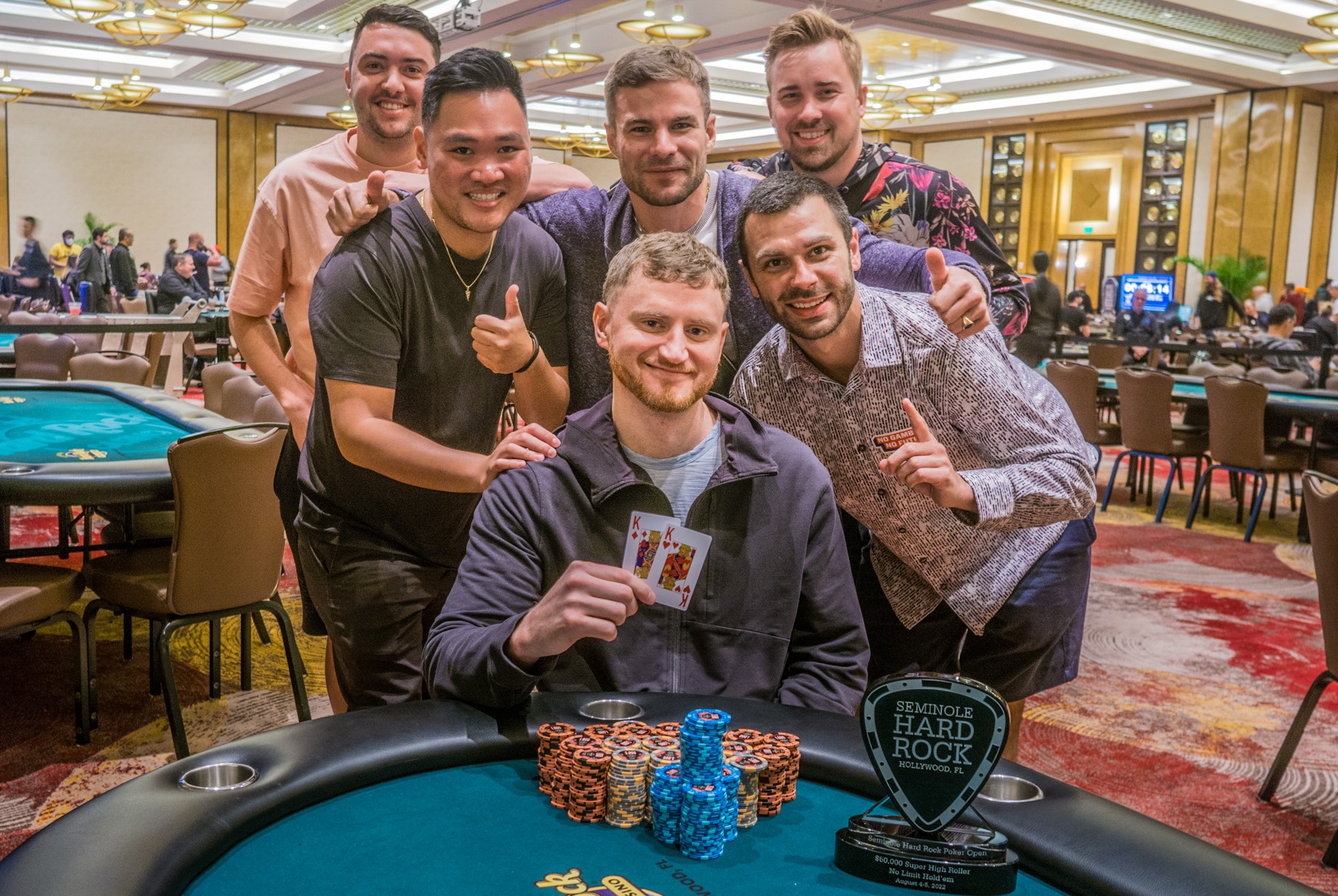 Peters reminded everyone why he’s one of the best tournament players in the world last Friday by winning the $50K event in Hollywood, Florida. The American pro with more than $40 million in live earnings entered the 25-player tournament as one of the favorites. Despite being an early tip for the title, Peters only just made it through Day 1 before starting the final table with just 12 big blinds. True pro that he is, Peters got to work and grinded it out, going from short stack to chip leader in the space of a few hours. Eventually, with the stacks deep and the clock slow, Peters agreed to a deal with Bryon Kaverman to bring the event to a close. 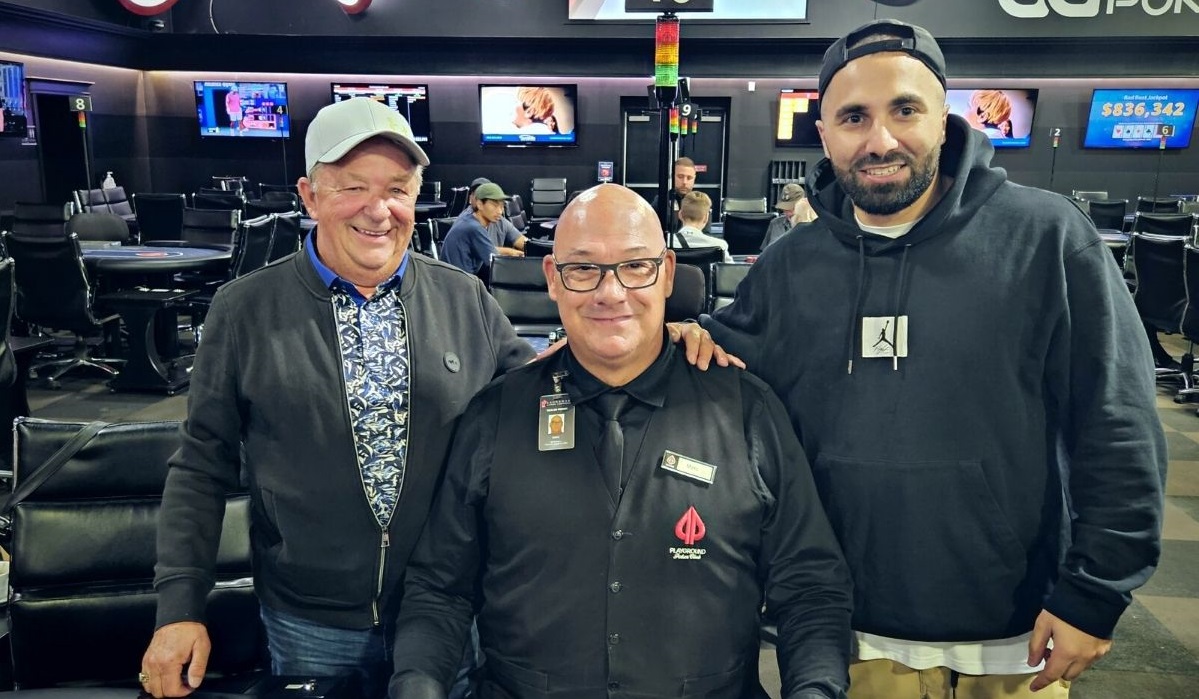 Sometimes in poker, all it takes is one unlucky hand to win a life-changing sum of money. Canadian poker player Richard (surname not public) was on the receiving end of a bad beat last Sunday that left a smile on his face and an extra $300K in his pocket. The hand in question saw Richard’s quad jacks lose to Ibrahim’s straight flush. As per the Kahnawake, Canada-based casino’s bad beat jackpot rules, Richard banked 38% of the $836,342 prize pool, while his opponent pocketed 19% ($158,904). The remainder of the jackpot — discounting the amount held back to reseed the prize pool — was divided among the remaining eligible players in the room. 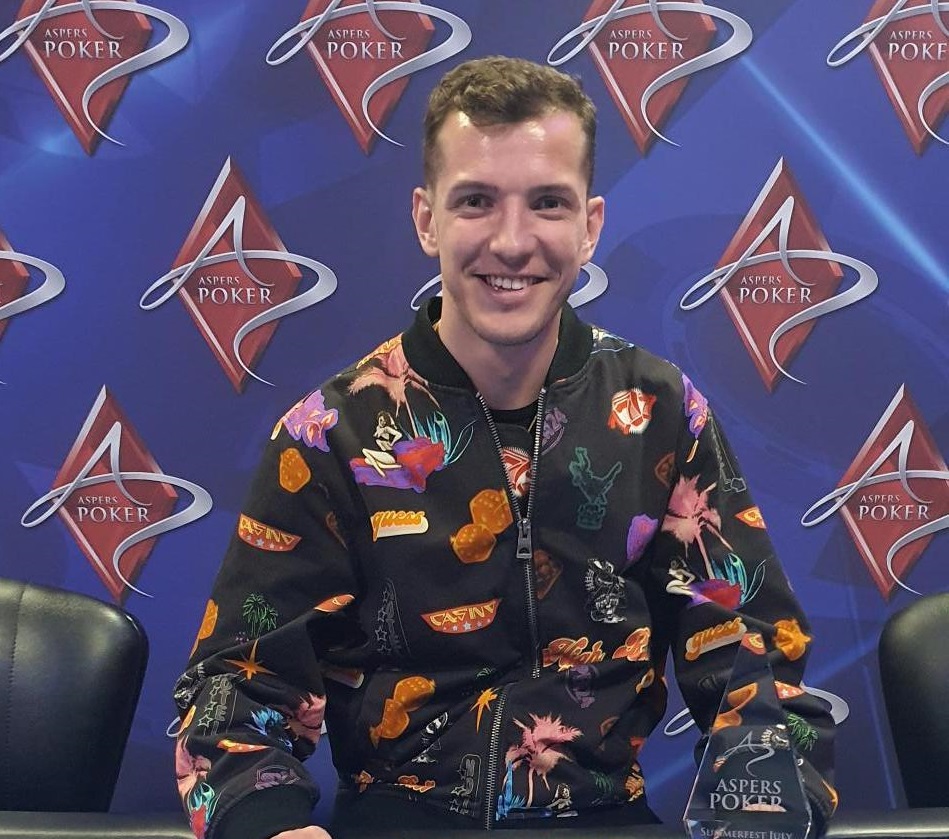 Archer battled his way through a field of 327 players last week to win Asper’s summer main event in Stratford, London. The £500 ($600) tournament attracted a wealth of local talent, but no one could stop Archer from hitting the target last Monday. The local amateur had three recorded live cashes before the event and added his fourth after a tense final hand. With the money in the middle, Archer’s pocket kings were ahead of his opponent’s pocket sevens going to the board. A seven on the flop quickly flipped the script but, fortunately for Archer, a king on the river snatched victory from the jaws of defeat. 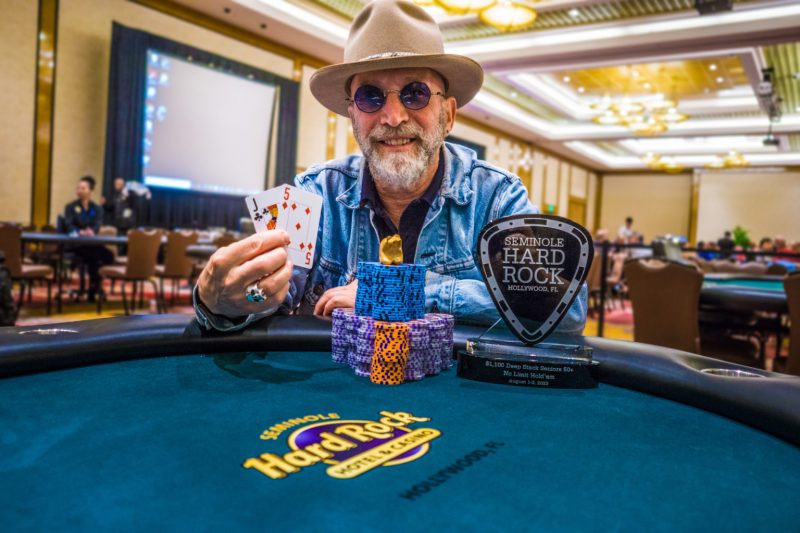 A former November Niner found himself in the winner’s circle last week when Neil Blumenfield agreed to a heads-up chop with Emerson Ward to claim the title in the $1,100 event. Blumenfield, who’s been cashing in poker tournaments since 2008, made a name for himself in 2015 when he finished third at the Main Event for nearly $3.4M. This win, which saw him best a 137-player field, is the second biggest cash of his career since that famous final table finish. 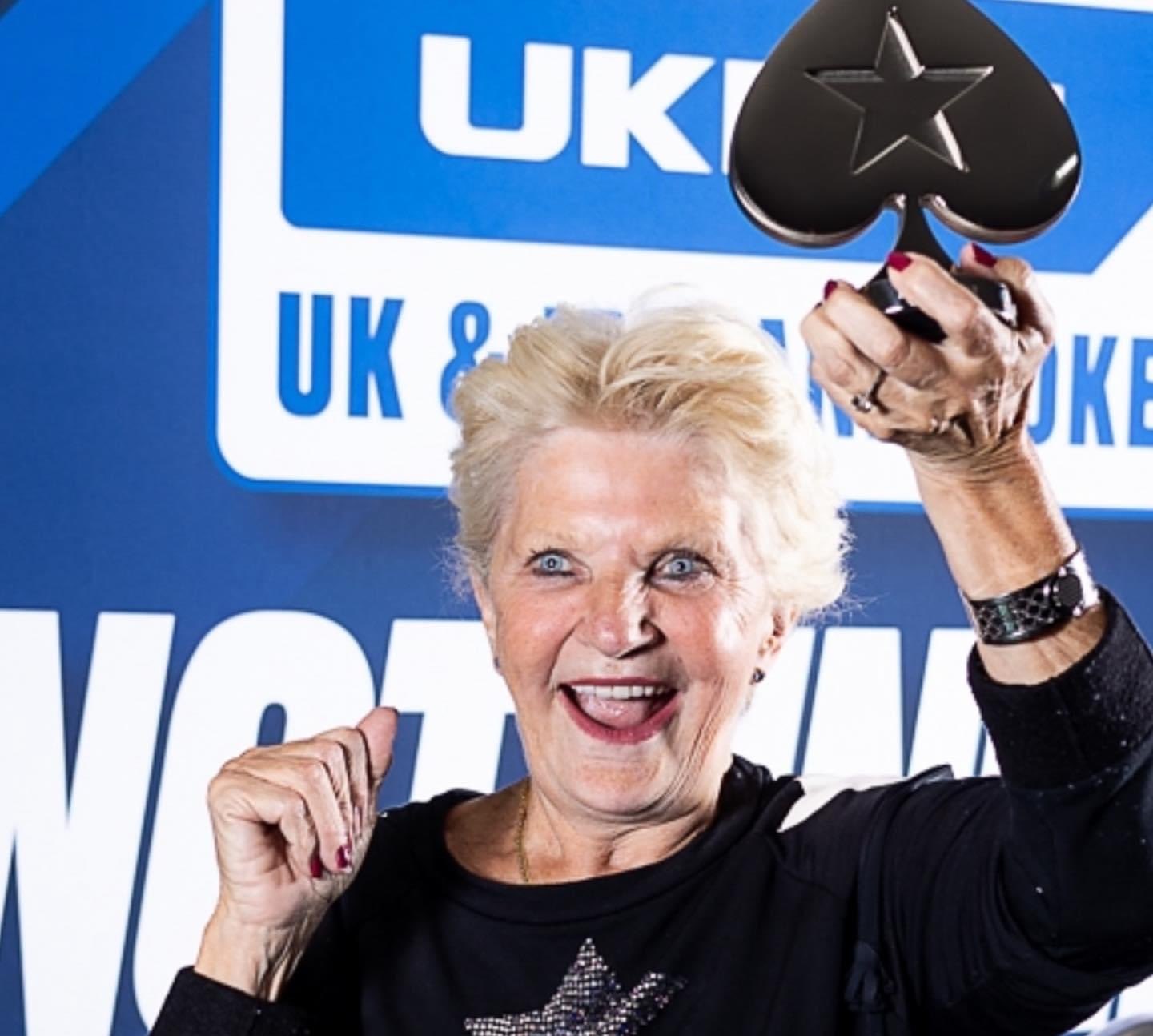 Padovani picked up the biggest payday of her poker career last Sunday after topping a field of 413 players in the £340 ($410) UKIPT Cup. The low-stakes event was part of PokerStars Live Nottingham, which meant the long-time English player was able to beat her previous biggest score by more than $10K after defeating Italy’s Vincenzo Lupoli heads-up.

Top-ranked UFC fighter Covington may be more adept at hitting faces than flops, but he proved he can mix it up on the felt by winning the $1,100 Omaha 8 event last Wednesday. Covington, who trains in Florida, joined 83 other players for the 22nd tournament of Seminole Hard Rock’s latest series. When the final blows were traded, Covington came out on top to record his third live poker victory and take his earnings over the $100K mark.