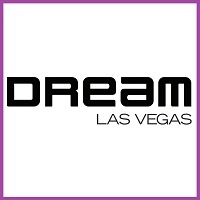 Dream Las Vegas Gets New Ownership • This Week in Gambling

We admit that as far as gambling headlines go, this may need a bit of clarification. You see, it’s true that the Dream Las Vegas hotel project is under new management, but that’s because the entire Dream Hotel Group has been bought out!

A few days ago, the Hyatt Hotel Corporation announced their acquisition of the Dream Group in a press release. The deal consists of a $125 million, followed by six additional payments of $175 million as new properties are opened.

In addition to Dream Las Vegas, the deal will include12 properties already being managed, plus another 24 property management agreements for hotels currently under construction, including the property in Las Vegas.

The hotel is being build, in part, by Shopoff Realty Investments. Their CEO, Bill Shopoff, said “We think this is a huge positive for the project given the depth of the Hyatt reservation system,” adding that the resort will now benefit fro Dream’s creativity and Hyatt’s scale.

Construction of Dream Las Vegas began in July of this year, and the resort is slated to open in early 2025, if all goes to plan. But in construction, things rarely go as planned. When it does, you’ll be able to find it on The Strip, close to the “Welcome to Las Vegas” sign.