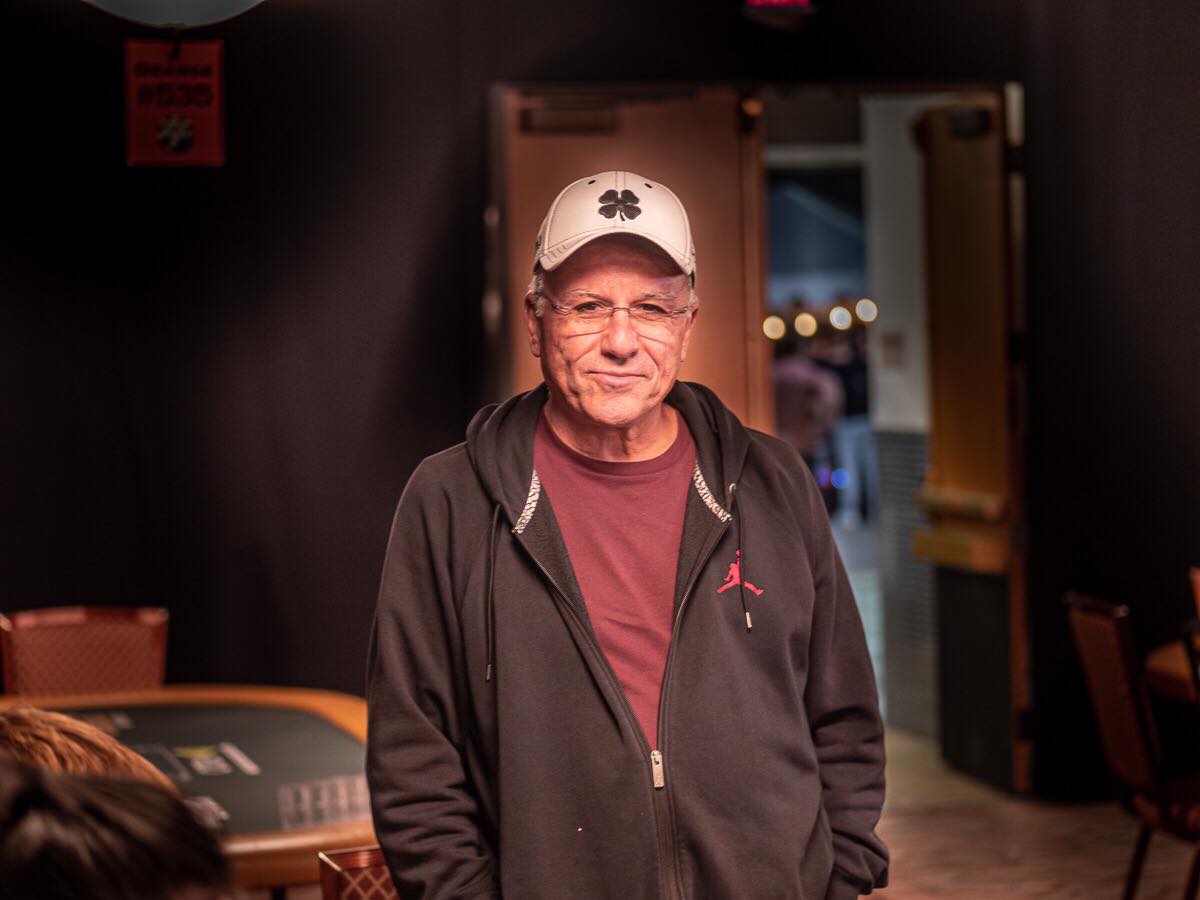 Koray Aldemir winning the Main Event wasn’t the only big poker news that came out of the Rio on Wednesday. Hours before Aldemir became the newest Main Event champ, high-stakes cash game regular and four-time WSOP bracelet Eli Elezra was announced as the 60th member of the Poker Hall of Fame. Elezra beat out fellow poker legends Ted Forrest, Mike Matusow, Antonio Esfandiari, and the late Layne Flack, among others.

At 60-year-old, Eli Elezra has become the 60th member of the Poker Hall of Fame. (Image: Chris Wallace/CardsChat)

“I want to start by thanking all current living members of the Poker Hall of Fame for their kindness in selecting me to be bestowed with this honor,” the 60-year-old Elezra said during a short ceremony shortly before taking a seat in the WSOP’s Hall of Fame Bounty Tournament. “It feels so surreal to be back on the felt and playing with some of poker’s most influential players in person throughout this year’s tournament.”

Elezra’s election comes off the heels of another successful WSOP for the Israeli-born pro. He cashed seven times in this series and made three final table appearances, the biggest one being a fourth-place finish in the $50,000 Players Championship. It was the first time that Elezra cashed in the tournament that the mixed-game poker pros consider to be “their Main Event.”

It won’t be long before another poker legend joins Elezra in the Hall of Fame, as the next member will be decided during next summer’s WSOP in just over six months’ time.

Despite the recognition for a lifetime of work in the poker industry, Elezra, who has more than $2.6 million in lifetime tournament earnings, has no plans to slow down, saying he is already looking forward to the 2022 World Series of Poker. 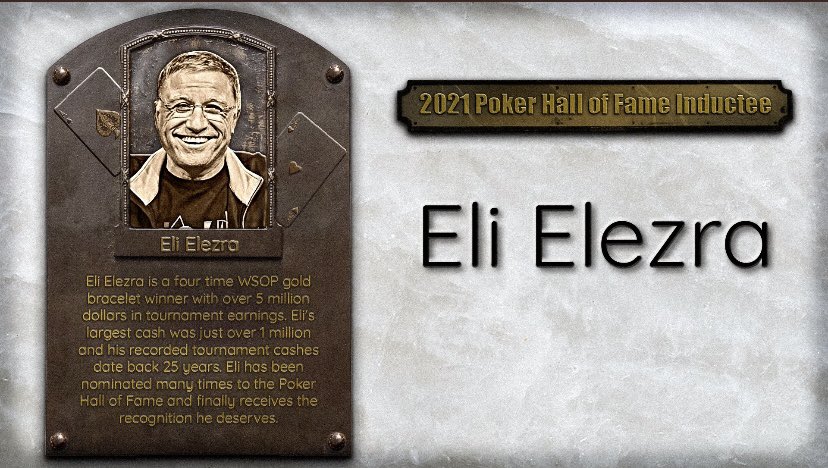 He’s not dead yet. This commemorative plaque celebrates Eli Elezra’s induction into the Poker Hall of Fame. (Image: Twitter/dklappin)

“I am so excited to take home this achievement today and look forward to the 53rd annual World Series of Poker tournament in just a few short months,” he told the WSOP.

Congratulations to Eli Elezra on his well-deserved induction into the Poker Hall of Fame.