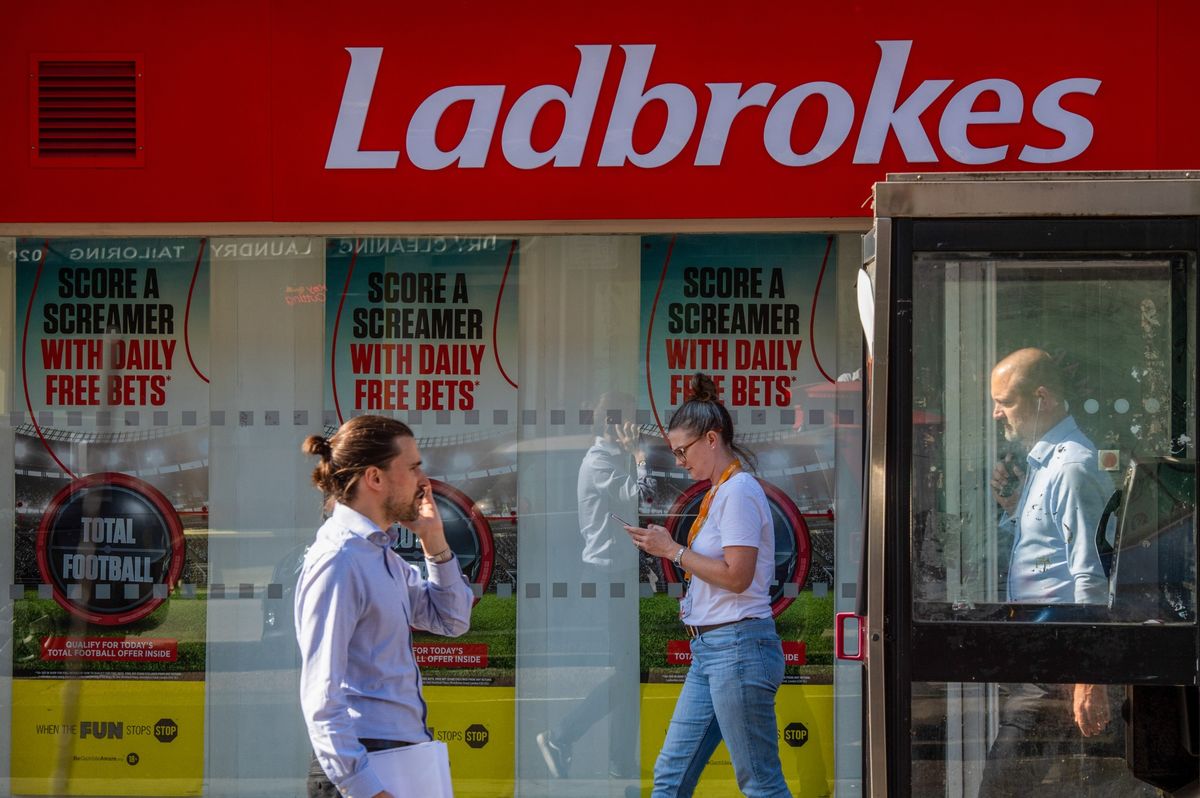 Entain Buying Binge Could Ward Off MGM, Other Buyers

Entain Plc (OTC:GMVHY) is on a deal-making spree, and that added heft could make it harder and more expensive for MGM Resorts International (NYSE:MGM) to potentially revisit a takeover bid for the Ladbrokes owner.

A Ladbrokes betting shop in the UK. Owner Entain is getting larger, potentially making it difficult for a suitor to acquire the company. (Image: Bloomberg)

Last week, Entain announced it is acquiring 75% of Croatia-based SuperSport Group, marking the buyer’s fifth purchase this year with a combined tally of $1 billion. The Coral owner’s 2022 spate of dealmaking is largely aimed at adding geographic diversity to its Canadian and European portfolios so it reduces vulnerability to potential regulatory headwinds in the UK.

Those deals and others are being well-received by Entain investors, and with the gaming company’s share price rising and its breadth swelling, MGM — or any other prospective suitor — could find it too pricey to acquire Entain.

MGM May Come Calling Again. Or Not.

MGM and Entain are 50/50 partners on BetMGM, which is one of the largest online sportsbook operators and one of the dominant iGaming companies in the US.

In January 2021, the Las Vegas-based casino operator bid $11.06 billion for Entain. But the British bookmaker said the offer isn’t adequate. MGM didn’t publicly up its offer, and the talks ultimately fell apart.

MGM isn’t shy about the fact that it’d like to own BetMGM outright — CEO Bill Hornbuckle previously said as much — and with the business inching closer to profitability, the integrated resort giant could be more motivated to bring the digital gaming unit in-house. Should the Bellagio operator renew its overture for Entain, it won’t come cheap.

At current market prices, and assuming MGM paid a 20% equity premium, the bigger U.S. group would control 53% of the combined company after an all-share merger, according to Breakingviews calculations,” reports Reuters. “But an unanswered 15% rally for Entain would tip the balance the other way.”

Bottom line: Entain is worth more than it was 18 months ago, and any prospective buyer will need to acknowledge as much to get the target to the bargaining table.

MGM May Have an Advantage

MGM — or any US-based suitor for that matter — could have at least one thing in its favor when it comes to moving on Entain: the US dollar is one of the world’s best-performing major currencies, meaning it’s strong against the British pound.

The greenback’s strength relative to sterling could compel the Bellagio operator to revisit a bid for the Ladbrokes owner, Citi analyst Monique Pollard wrote in a July client note.

The analyst believes the Cosmopolitan operator needs to propose a premium that’s at least 50% above the Coral owner’s current share price. The suitor would also need to fund the majority of the bid in shares. MGM stock is down 20.68% year-to-date, but higher by 25.22% over the past month.